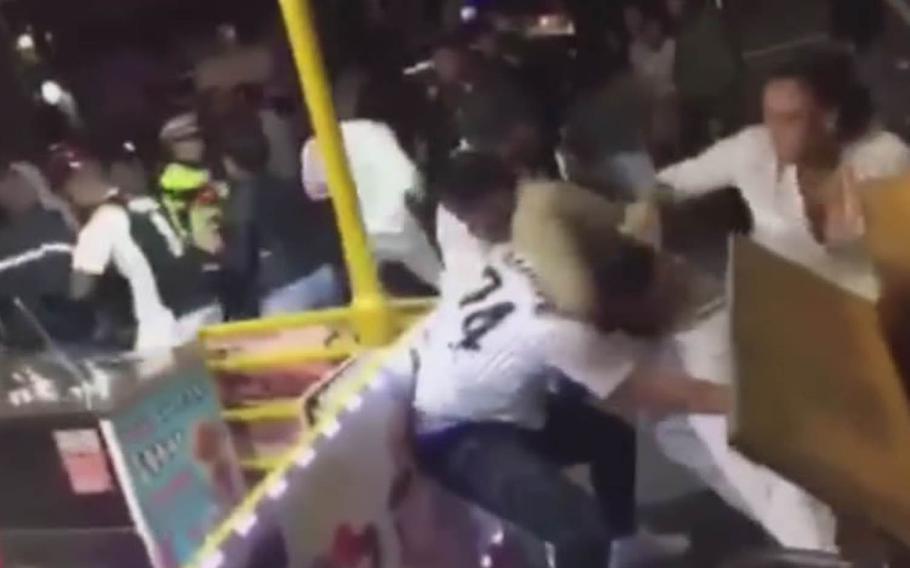 Video that has been circulating on social media since shortly after the January fight shows a group of foreigners brawling in the street in front of the UN Club, a nightspot popular with U.S. troops that’s a few minutes’ walk from Yongsan Garrison, headquarters of 8th Army and U.S. Forces Korea.

The brawl involved both men and women trading punches and wrestling on the ground, oblivious to the efforts of a lone, bespectacled South Korean police officer to bring the situation under control with a glowing-red traffic wand.

Lt. Col. Richard Hyde, 2nd Infantry Division spokesman, confirmed that members of the division were involved in the melee.

“Punishments ranged from extra duty and restriction up to loss of pay, rank, and up to 30 days' confinement,” Hyde said.