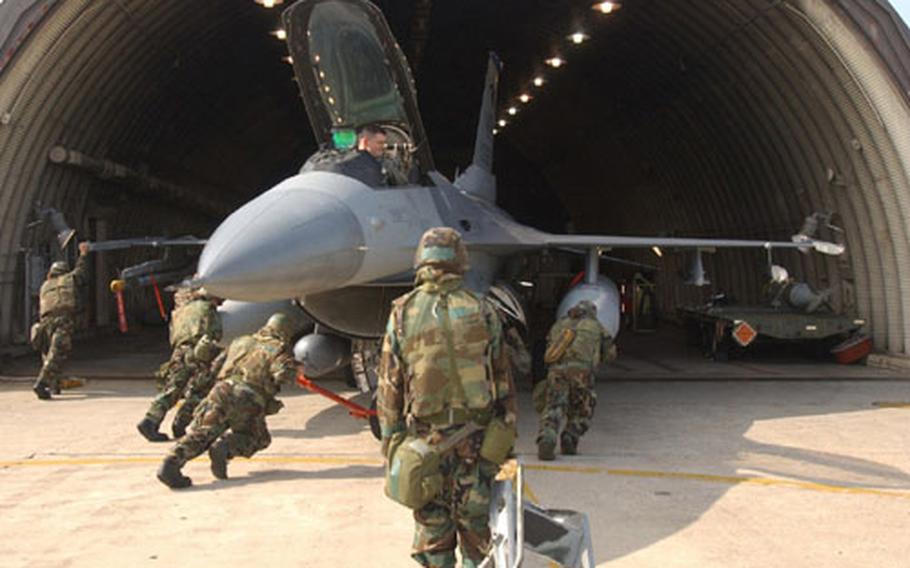 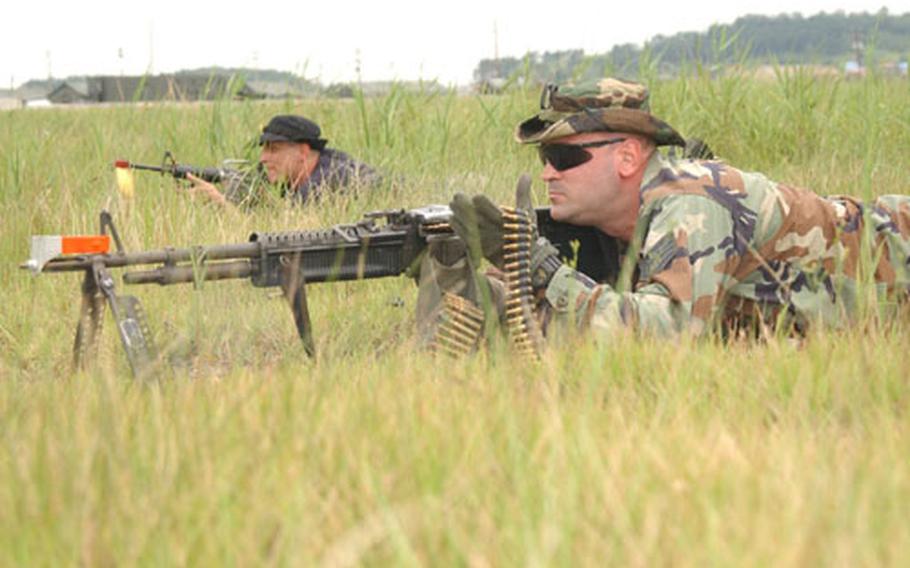 OSAN AIR BASE, South Korea &#8212; An Air Force fighter wing based in South Korea will hold a war exercise in which jets launch against enemy targets and airmen cope with commando raids and chemical attacks.

The Kunsan Air Base&#8217;s 8th Fighter Wing on South Korea&#8217;s west coast will hold the combat employment readiness exercise Monday through Wednesday, following a script that simulates a war in Korea. It&#8217;s geared to test the wing&#8217;s ability to go to war.

Evaluators will report strengths and shortcomings they observe, Sprouse said. A copy will go to Pacific Air Forces headquarters at Hickam Air Force Base, Hawaii. The findings will be sent to unit commanders within the wing.

Normally the wing takes part each quarter in a South Korea-wide employment readiness exercise that involves U.S. and South Korean air units. But the U.S. Air Force at Osan Air Base has closed its runway for repairs, and that&#8217;s meant no peninsula-wide exercise this time, Strouse said.

With most of Kunsan&#8217;s airmen on one-year tours, turnover is high, and wing officials deemed it important not to deprive the troops of crucial airwar training.