8th Army warns against endorsements of religion after Bible complaint 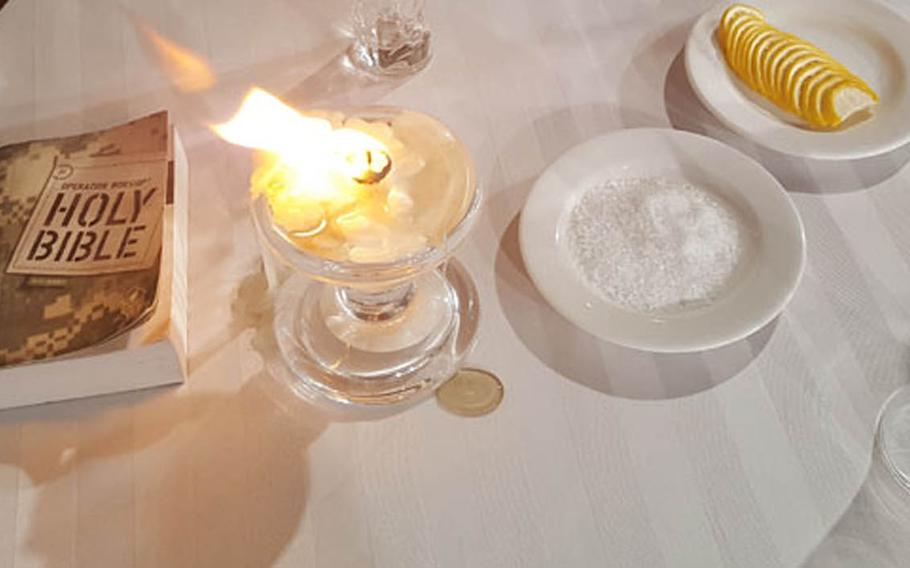 The 8th Army is looking into a complaint that the use of a bible during a military ball violated a soldier’s religious freedom. (Courtesy of MRFF)

SEOUL, South Korea — The 8th Army has issued guidance to its forces that an official endorsement of any religion is “unacceptable” after a soldier complained about the use of a Bible during a military ball earlier this year.

However, the command determined there was no improper endorsement at the ball because it was a private activity.

“The individuals that participated in the ball have the right to express themselves as U.S. citizens under the First Amendment,” Lt. Col. Catina Barnes-Ricks, an 8th Army spokesman, said Monday in an email.

“However, as the result of the inquiry, 8th Army has disseminated guidance throughout the command that an improper official endorsement of any religion during an official military function is unacceptable,” she added.

The Military Religious Freedom Foundation wrote to the command on behalf of a soldier, complaining that the inclusion of a Bible in a POW/MIA table display at the Adjutant General’s Corps Ball was a violation of religious freedom tenets.

The ball was sponsored by the Morning Calm chapter, and the 8th Army said attendance was voluntary.

MRFF founder Mikey Weinstein, who frequently battles the military on questions of religious freedom, welcomed the decision to issue the guidance. But he disputed the claim that the ball was not an official event.

“We’re happy that the Army has disseminated the guidance. But we think it is completely disingenuous and dishonest to argue that these balls are not an official Army event,” he said. “These events are filled with army pomp and circumstance ... and having a POW/MIA table with a Bible on it is wrong.”