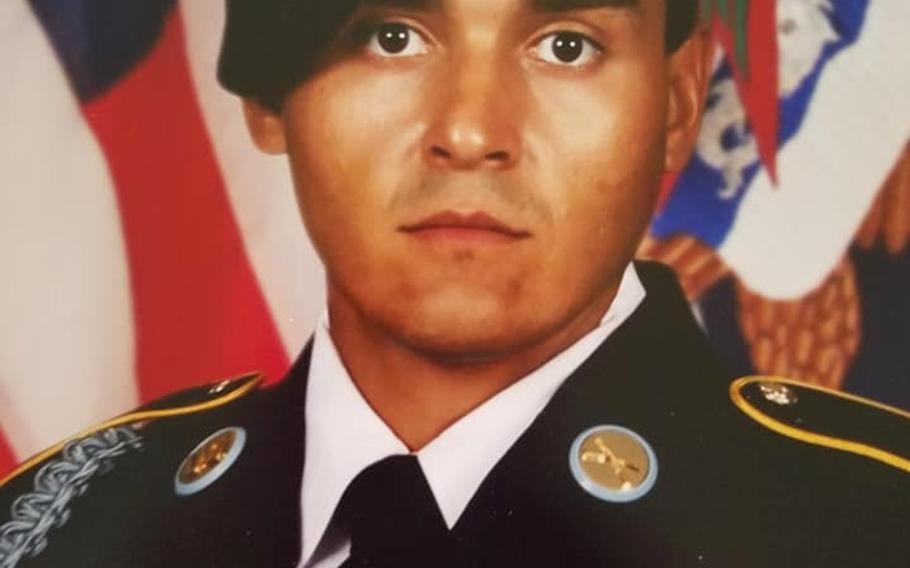 Foul play is not suspected in the death of an 82nd Airborne Division soldier last week, the division said Monday.

Spc. Terrence Salazar, 24, was found unresponsive in his room last Wednesday on Fort Bragg, N.C., division spokesman Lt. Col. Mike Burns said in an email. He could not be revived.

“It’s with a heavy heart we announce the passing of a Paratrooper,” Burns said.

The infantryman’s fellow paratroopers had called emergency services after discovering him, the division said in a statement, but after assessing him the emergency personnel declared Salazar dead.

Salazar entered the Army in April 2018 and arrived at Fort Bragg that October. He was assigned to the 1st Battalion, 325th Airborne Infantry Regiment, 2nd Brigade Combat Team at the time of his death.

The native of Pleasanton, Texas, is survived by his father, the division said.

An obituary posted on the website Legacy.com said Salazar had excelled in Junior ROTC at Pleasanton High School, where he graduated in 2014.

“I met Terrence in 2019 at Fort Benning,” a user named Austin Doherty from Fort Carson, Colo., wrote on the obituary site. “His smile lit up any room he was in, and his sense of humor was right on par with his fellow infantrymen.”