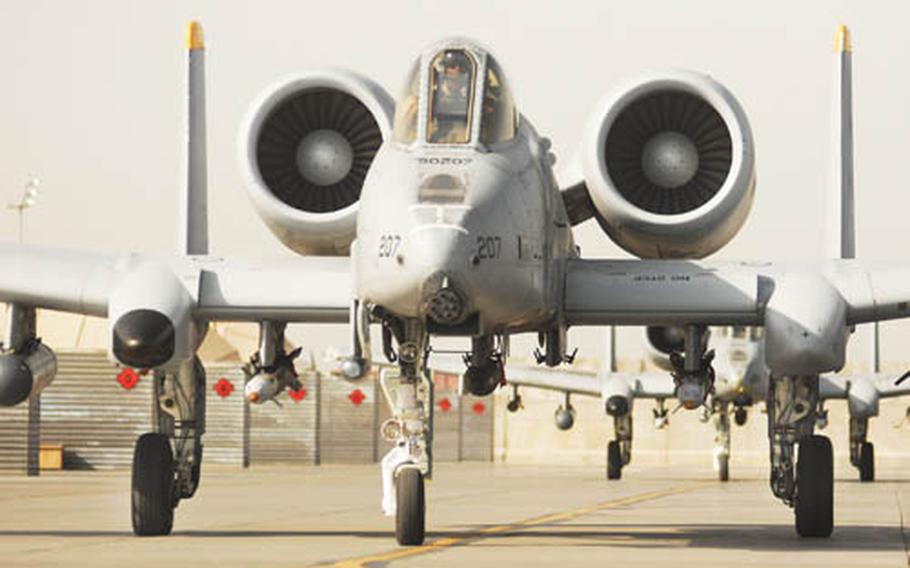 The 81st Fighter Squadron’s A-10As, like the one pictured above on deployment in Afghanistan this spring, are being upgraded to A-10Cs. The new variant can carry precision weapons, such as the Joint Direct Attack Munition. (Ben Bloker / S&S)

The 81st Fighter Squadron’s A-10As, like the one pictured above on deployment in Afghanistan this spring, are being upgraded to A-10Cs. The new variant can carry precision weapons, such as the Joint Direct Attack Munition. (Ben Bloker / S&S) 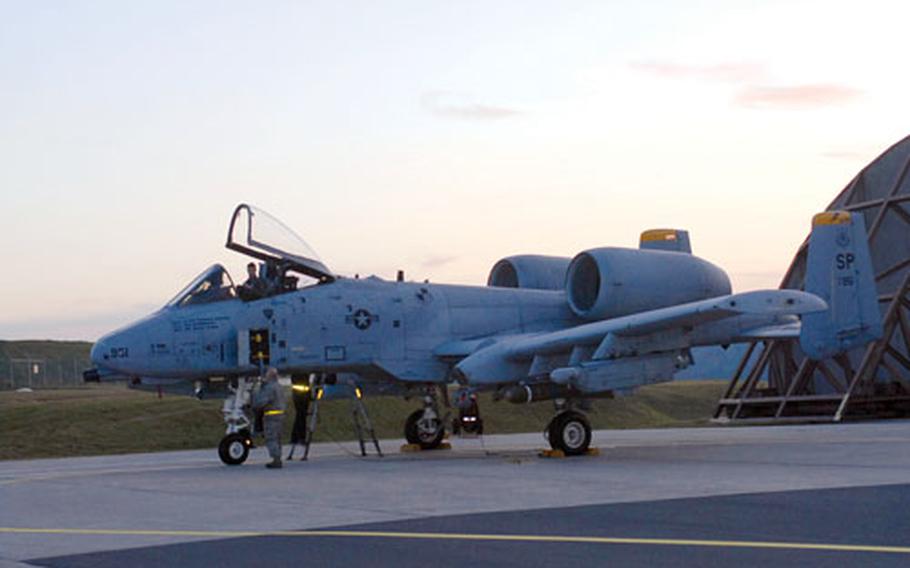 This A-10A lacks the A-10C’s improved avionics and computers, as well as its fighter plane-like control stick and throttle. (Mark Abramson / S&S)

All 24 Warthogs, or Thunderbolt IIs as they are officially called, in the 81st Fighter Squadron at Spangdahlem are slated to be upgraded to the A-10C model as part of an Air Force-wide program.

Eight of the squadron&#8217;s planes have been almost completely overhauled in Belgium and another 13 are in the shop for the work. The price tag for improving the 81st&#8217;s A-10s is $286 million.

Although the work involves tearing down the plane, the only noticeable exterior difference between the new A-10 variant is a few added antennas.

Most of the squadron&#8217;s pilots have already been trained on the C model, and the squadron has had to borrow A-10s from Reserve and National Guard units in the States to stay proficient in the aircraft while its planes are being improved.

"With the new capabilities, we are able to do so much more and faster," A-10 pilot 1st Lt. Priscilla Giddings said.

The 81st pilots will put their revamped Thunderbolts to use when they deploy to Afghanistan in September. They head to MacDill Air Force Base, Fla., in June to train with Special Forces units.

Giddings never flew the older A-10, but her boss, the squadron&#8217;s commander Lt. Col. T.J. Hogan &#8212; call sign Raptor &#8212; said he has been around long enough that he can marvel about what the makeover has done for the aging aircraft.

The improvements include new F-15- and F-16-like flight controllers so pilots can keep their eyes on the sky and their targets without having to fumble through switches on their instrument panels; new computer systems, including a multifunctional display with a color map; and the ability to carry satellite-guided bombs and other smart weapons.

"The C model now means we are a new plane," Hogan said.

"I love it, the capabilities are phenomenal," Hogan added. "The information we can pass to each other [over a data link] is cool."