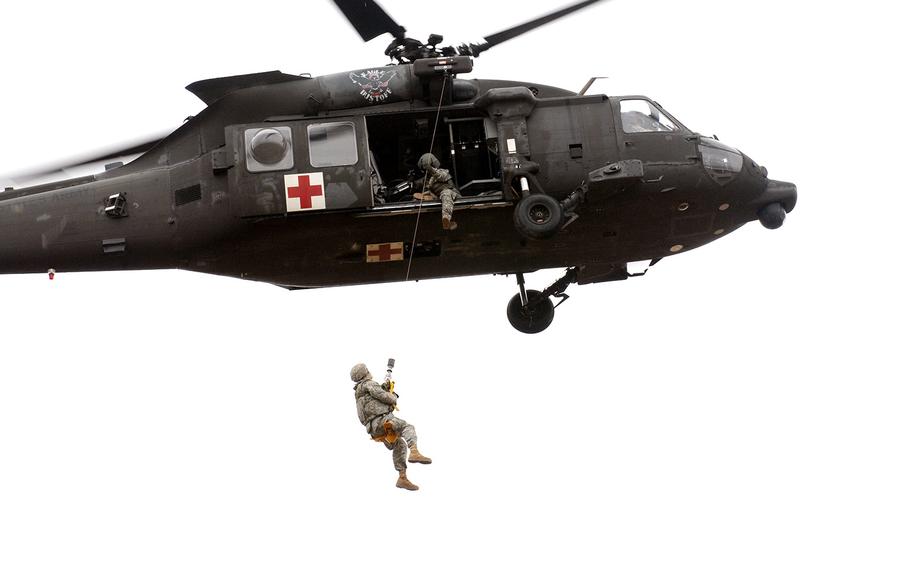 SAN ANTONIO — About 800 soldiers from an aviation unit are deploying to Afghanistan this summer, the Army announced Tuesday.

The 1st Combat Aviation Brigade of the 1st Infantry Division at Fort Riley, Kan., will deploy on a regular rotation, according to a news release. The unit will utilize Black Hawks, Chinooks and Apache helicopters with a primary mission of supporting Afghan military efforts, said Lt. Col. Kimeisha McCullum, a division spokeswoman.

McCullum said the soldiers can expect medical evacuation and logistical support missions, but declined to say whether U.S. troops will play a role in close air support or training their Afghan crewmember counterparts.

“The brigade has trained long and hard for this important mission, and the men and women of this great unit are prepared and ready,” Maj. Gen. Wayne W. Grigsby Jr., commander of the 1st Infantry Division, said in a prepared statement about the deployment.

The deployment comes amid violence threatening to further destabilize the NATO operation in Afghanistan. A suicide bombing in Kabul killed 80 people on Saturday and was later claimed by the Islamic State group, according to Reuters.

Afghan police and military forces have struggled to maintain security there after President Barack Obama declared an end to the U.S. military’s combat mission in 2014, shifting to an advise and assist role, though U.S.-led special operations still occur there, according to The New York Times. About 10,000 troops remain in Afghanistan.

Operation Enduring Freedom, launched in 2001 to dislodge al-Qaida and the Taliban in Afghanistan, was reflagged to Operation Freedom’s Sentinel in 2014 to reflect the new role for U.S. troops. NATO agreed to extend operations there beyond 2016, the coalition said in May.