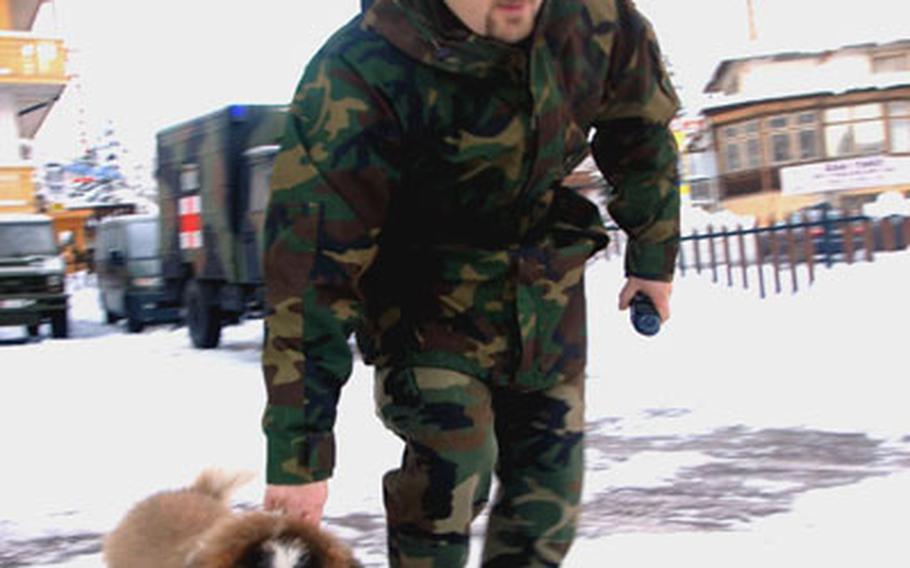 An Alpini, wearing his distinctive feathered hat, guides a mountain dog to his kennel at Arabba, Italy. (Seth Robson / S&S)

An Alpini, wearing his distinctive feathered hat, guides a mountain dog to his kennel at Arabba, Italy. (Seth Robson / S&S) 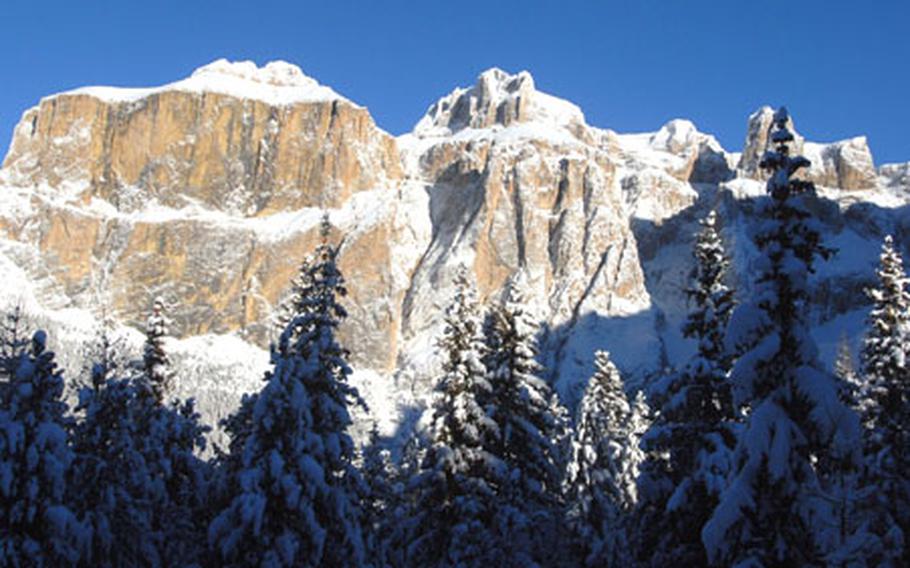 There was plenty of snow this week in Italy’s Dolomite Mountains, where Detachment 7, 7th Weather Squadron, U.S. Air Force battle weathermen were learning how to forecast avalanches. (Seth Robson / S&S) 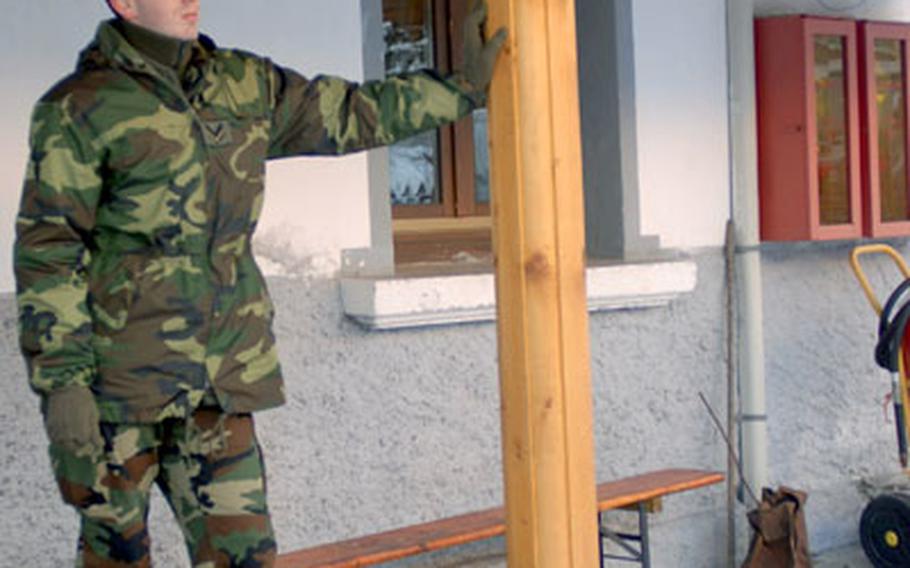 An Alpini relaxes before training at Arabba, Italy on Monday. (Seth Robson / S&S) 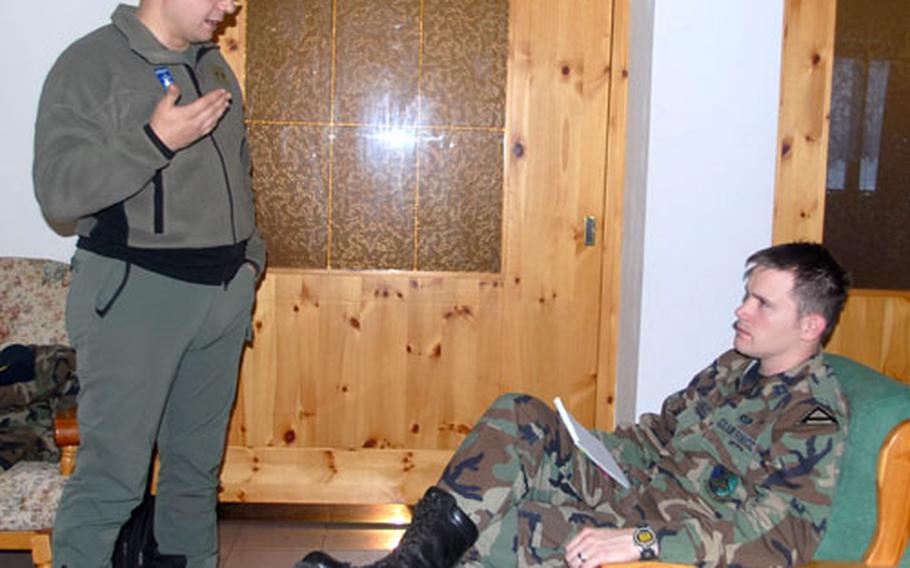 ARABBA, Italy &#8211; Airmen from Detachment 7 of the 7th Weather Squadron traveled here this week to learn about avalanches and gain skills that could be vital if they deploy to Afghanistan or another mountainous battleground.

The airmen, who provide meteorological services to the Army at Grafenw&#246;hr, Germany, were part of a group of 20 military meteorologists and special forces troops from all over Europe who came to Arabba to learn how to forecast avalanches, which mountaineers call &#8220;the white death&#8221;.

&#8220;This training is more than just avalanche training. It is forming bonds with Romanian, Croatian, Spanish, Czech, Austrian and Italian personnel (who are also taking the course),&#8221; Det 7 commander Maj. Ray McLeod said.

Instructors from the Italian Army&#8217;s Commando Truppe Alpine Metomont Service instructed the airmen on how to predict an avalanche.

One of the instructors, Maj. Euro Annis, 34, said the Metomont was born in 1972 after nine Italian alpine troops, or Alpini, died in an avalanche.

To forecast an avalanche, things such as the human factor, terrain, snow and weather need to be taken into account, Annis said.

Most avalanches occur on slopes with gradients between 27 and 45 degrees, where layers of snow have formed that can slide over each other. Often avalanches are set off by people moving across a slope, he said.

Detachment 7 commander Maj. Ray McLeod said avalanche forecasting is useful for recreational skiers who go into the back country.

&#8220;We have a lot of young kids out there who love to learn to snowboard and ski. It (the mountain) looks like a benign environment but it is really very dangerous. I&#8217;ve skied for 30 years off piste and didn&#8217;t understand the danger or the things you should do to avoid an avalanche,&#8221; he said.

Before heading into the back country, skiers should check avalanche advisories, get avalanche training and carry the right equipment, he said.

&#8220;Most of the avalanches that kill people are triggered from human activities,&#8221; he added.

Annis said people should not think they are superhuman when they go into the mountains but added that a mountain is an optimal training environment.

The Americans were introduced to alpine traditions such as wearing a feather in their hats and pointing to the mountaintop with their little fingers when holding a glass.