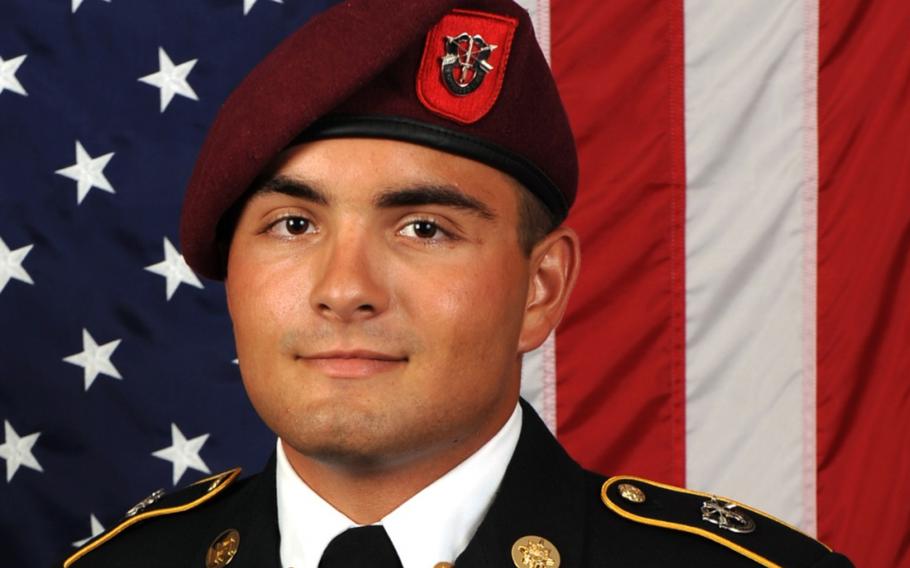 A soldier assigned to the Army’s 7th Special Forces Group (Airborne) died in a training accident in California, the second soldier to die in training on the West Coast last week.

It’s not clear what training Jividen was participating in at the base in California’s Mojave Desert. Bymer said the accident would be investigated by a team from Fort Rucker, Ala.

“With the ongoing investigation, it would be inappropriate to comment on the cause of death other than it was a training accident,” Bymer said in the email.

A signals intelligence analyst, Jividen joined the Army in 2015 and served in field artillery and military intelligence units before his assignment with 7th Group, the Panama City News Herald reported. He deployed to Kuwait with the 7th Group for six months last year in support of Operation Inherent Resolve, the mission to defeat the Islamic State in Iraq and Syria.

“It was an honor having him serve within the ranks of 7th SFG(A). He was a part of our family, and will not be forgotten,” said Col. Patrick T. Colloton, the unit’s commander.

Friends and loved ones on Facebook recalled Jividen as a “sweet kid” who was often smiling and could brighten anyone’s day.

“You were such a great man, dude,” said Facebook user Destiny Perkins, who said she served with him in the Army. “You gave me some brighter times throughout the darkness of basic training (and advanced individual training). Rest easy now, your duty is done.”

Jividen’s death comes as some members of 7th Group, based in Eglin Air Force Base, Fla., are also training at Texas’s Fort Bliss as part of the Warfighter computer-simulated war game, which will train more than 1,000 soldiers from Eglin, Bliss, Fort Bragg, N.C., Fort Stewart, Ga., and Fort Hood, Texas, officials said.

The 23-year-old from Evansville, Ind. was hit by a Stryker armored vehicle and pinned under it, his father told WFIE television news in Evansville last week. The young soldier is survived by his wife Carley and 2-month-old son Jack.

Every year since 2015, training deaths have outpaced combat fatalities, mostly due to aviation incidents, the House Armed Services Committee said this spring. Last year, 80 servicemembers died as a result of noncombat training deaths, while 21 died in combat, the committee found.

At the time of the May report, 25 servicemembers had died in aviation mishaps already this year. So far, nine servicemembers have died as the result of hostile actions in Iraq and Afghanistan in all of 2018.

In June, a Military Times analysis found that of the nearly 16,000 active duty servicemembers and mobilized reservists who have died while serving in the armed forces since 2006, just 28 percent of the deaths were from going to war.