7th Fleet’s top enlisted sailor: ‘I work for you’ 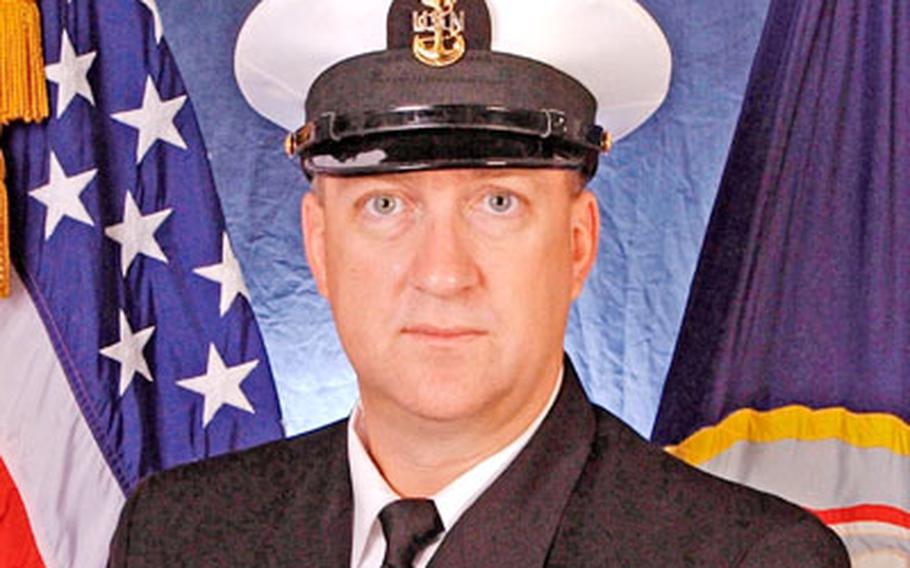 ABOARD USS BLUE RIDGE &#8212; The man who serves as a conduit between enlisted sailors and leaders spends a lot of time explaining himself to those he serves.

Tom Howard, 7th Fleet command master chief, took over the job of representing the interests of more than 20,000 enlisted sailors in April.

Since then, he has reminded them that while their leading chief petty officer might be a boss, a command master chief is more like a friend.

But even as Howard represents sailors&#8217; interests, he&#8217;s also responsible for their behavior.

In the past year, the fleet has faced drug arrests, drunken-driving incidents and a handful of foreign-port liberty violations.

The numbers are low, but officials say incidents still must be reduced.

To do that, Howard said, he relies on intrusive leadership from noncommissioned officers and intervention on the front lines from sailors&#8217; friends.

He focuses on enlisting sailors&#8217; networks of friends to help prevent bad behavior.

Leaders also must reach individual sailors, he said, by constantly reiterating the consequences of bad behavior and offering better alternatives.

This is especially true among sailors overseas, he said, where even a small violation can carry major diplomatic consequences.

He said he will work to ensure sailors receive all the training they need, which requires more diligence and attention to detail when forward-deployed, where training is less readily available than it is stateside.

Particularly overseas, noncommissioned officers must fill a mentoring &#8212; and in some ways parenting &#8212; role, he said, as many young sailors may be away from home for the first time or find that living aboard ship is difficult.

But today, he added, chiefs also are there to keep tabs on the welfare of sailors.

He said his final two key responsibilities are ensuring he and other senior enlisted sailors work better with other services and with West Coast-based leaders of the 3rd Fleet, which provides much of the 7th Fleet&#8217;s logistical support and routinely has ships deployed or stopping here.

Howard said serving his past two tours in Sasebo amphibious commands &#8212; on USS Juneau and with Amphibious Group One &#8212; made him appreciate working with Marines, which he&#8217;ll use to ensure 7th Fleet ships are supporting the &#8220;green team.&#8221;

Despite his long list of responsibilities, Howard said representing and leading 7th Fleet sailors is one of the Navy&#8217;s best jobs: &#8220;Our duty here is one of the most demanding in the world today, but there are so many opportunities associated with being over here&#8221; that 7th Fleet sailors and Marines &#8220;have the best the Navy and Marine Corps have to offer.&#8221;

According to 7th Fleet Command Master Chief Tom Howard, who took over the job in April, his top priorities include:

Operating in an air, surface and undersea, joint-service or multinational force.Keeping units properly staffed and trained.Working with 3rd Fleet and other command leaders.Promoting quality of service and individual growth for sailors.Reducing liberty incidents and drug- and alcohol-related offenses: Each liberty incident &#8220;floats a gray cloud over much of what we do,&#8221; Howard wrote in a statement. &#8220;Our job is to keep getting eyeball to eyeball with our people so they fully understand our expectations and their responsibilities.&#8221;&#8212; Juliana Gittler