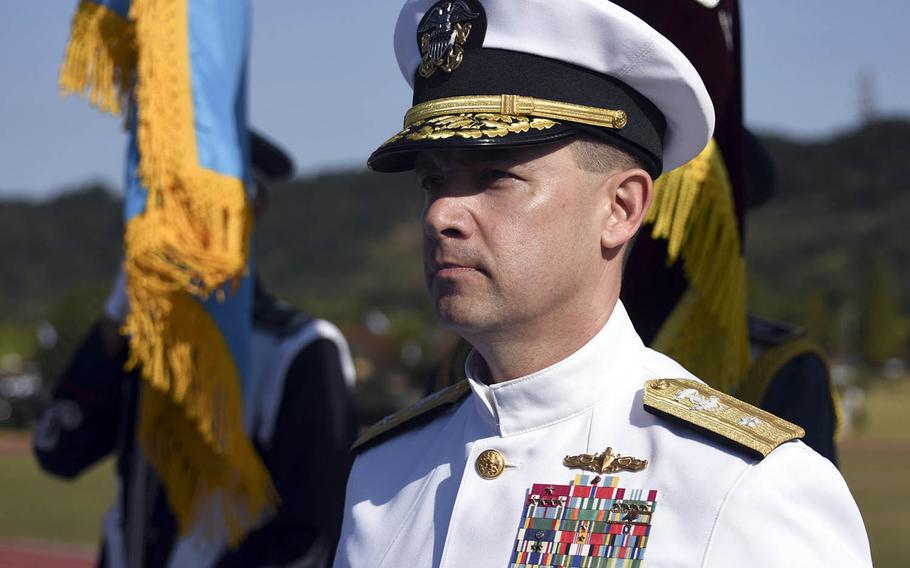 CAMP FOSTER, Okinawa — The 7th Fleet’s amphibious force is getting a new commander after a leadership shakeup caused by a spate of accidents involving Navy ships in the Pacific.

Dalton left the job last month to take over Task Force 70, when its commander, Rear Adm. Charles Williams, was relieved after 17 sailors were killed in collisions involving the USS Fitzgerald and USS John S. McCain.

In January, the USS Antietam ran aground and spilled roughly 1,100 gallons of hydraulic fluid into Tokyo Bay. In May, the USS Lake Champlain collided with a South Korean fishing boat while operating off the east coast of the divided peninsula. In June, a collision between the Fitzgerald and a Philippine-flagged merchant ship killed seven sailors. In August, a collision between the McCain and a civilian merchant vessel killed 10 sailors.

Task Force 76 is the Navy’s only forward-deployed amphibious force. It is headquartered at White Beach Naval Facility, Okinawa; however, most of its ships are homeported in Sasebo, Japan. Those vessels usually sail from the Japanese mainland to Okinawa where they onload Marines before heading out on patrol.

Cooper, who previously served as commander of Naval Forces Korea, graduated from the U.S. Naval Academy in 1989. His previous tours include serving as flag aide to the commander of the USS Dwight D. Eisenhower Carrier Strike Group, the operations officer on the Fitzgerald and commanding officer on both the USS Russell and USS Gettysburg.