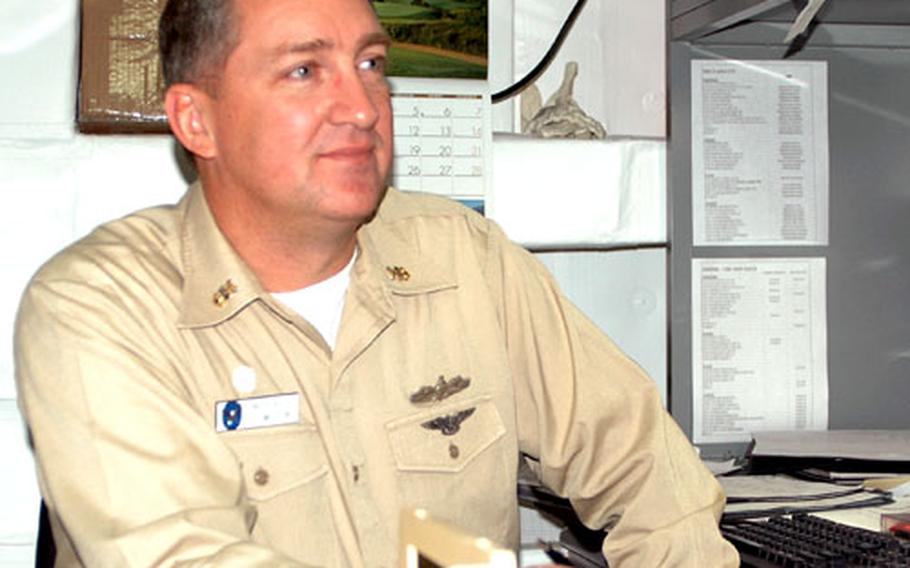 SASEBO NAVAL BASE, Japan &#8212; Newly arrived sailors serving the U.S. 7th Fleet holding the rank of E-4 and below now have their after-hours activities regulated by the new Liberty Card Program outlined in an instruction released Thursday.

The program overrides the Exceptional Sailor Program primarily by doing away with the term &#8220;exceptional sailor,&#8221; said 7th Fleet Command Master Chief Petty Officer Tom Howard from his office onboard the USS Blue Ridge, which is in port at Sasebo Naval Base.

He said the term &#8220;exceptional sailor&#8221; was dropped from the liberty regulations because &#8220;everybody that voluntarily joins our enlisted service is an exceptional sailor.&#8221;

The program is &#8220;specifically for personnel ranked E-4 and below who&#8217;ve recently reported to the 7th Fleet and need a period of time to acclimate themselves to the various cultures they are going to have to deal with now,&#8221; Howard said.

New sailors to the 7th Fleet area of operations, he said, will receive a white liberty card, meaning they must be back to their ship, barracks or off-base residence by midnight.

A green card indicates a one-time trial period not to exceed 90 days between receiving a white or blue card. It allows a sailor to return to base by midnight, and to their ship or barracks by 2 a.m. Those residing off base must be at their residence by midnight.

He said 7th Fleet studies show that the majority of liberty incidents occur when sailors are out past midnight. &#8220;And without throwing out an actual percentage, almost all of them have something to do with the overindulgence of alcohol,&#8221; he said.

In addition, he said, the program announcement is unrelated to recent accusations that sailors in the Yokosuka area have committed alcohol-related crimes.

&#8220;This is strictly part of our annual review of the instructions. We started a rewrite of this back in November,&#8221; Howard said.