7th Fleet commander urges China to be transparent with neighbors 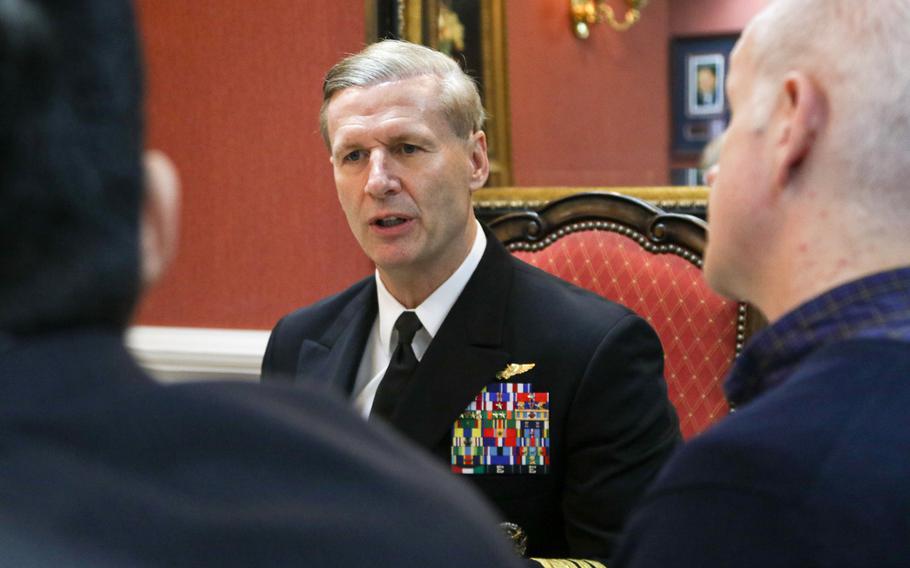 YOKOSUKA, Japan — U.S. forces in the Pacific are “very closely monitoring” China’s recent assertiveness in the disputed South China Sea, the commander of the U.S. Navy’s 7th Fleet said Thursday, insisting that freedom of navigation must be safeguarded.

Vice Adm. Joseph Aucoin, speaking with reporters aboard the aircraft carrier USS Ronald Reagan in port at Yokosuka, urged China to be more transparent with neighboring southeast Asian nations about its intentions to avoid escalating tensions.

On Thursday, Pentagon officials said they were “concerned” after China landed three civilian planes on a newly built runway on a man-made island. Fiery Cross Reef, the site of the runway, is part of the Spratly Islands, which are also claimed by Vietnam and the Philippines.

“We would like China to help with the security and stability of the region by being clear with what they’re doing,” Aucoin said in his first meeting with reporters since he took command in September. “U.S. Navy ships sail where we want to in international waters. But merchant vessels are already feeling this. They need to operate in these international waters, so it would be very helpful for China to abide to these international standards and norms.”

On Friday, Hanoi filed its second formal protest with Beijing in a week for moves that violate “Vietnam’s sovereignty and threaten peace and stability in the region.”

“There is angst associated with this,” Aucoin said. “It would be very nice for all countries, not just China, but all of the countries to stop this reclamation and resolve this peacefully and not let this angst cause this destabilizing factor to continue.”

Freedom of navigation is key, Aucoin said, both for naval and commercial vessels.

“Seventh Fleet stretches from international waters in the Pacific Ocean to the Indian Ocean. By virtue of the fact that we exercise with Vietnam, Malaysia, the Philippines, Singapore and many other southeast Asian navies, we’re going to fly, sail and operate where international law allows,” he said. “This is just freedom of navigation. We should have the right to go through these waters. These international waters are the lifeline for this area of the world and we need to keep them open.”