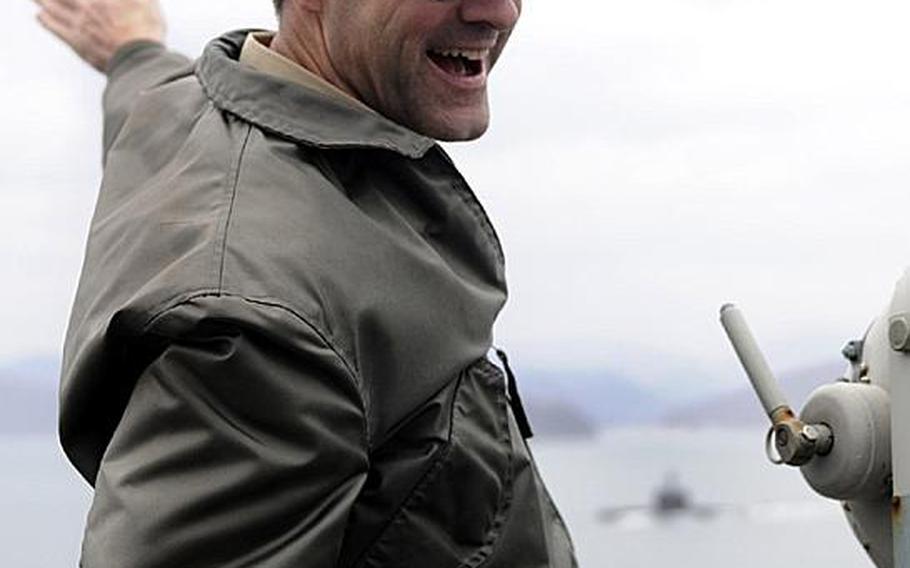 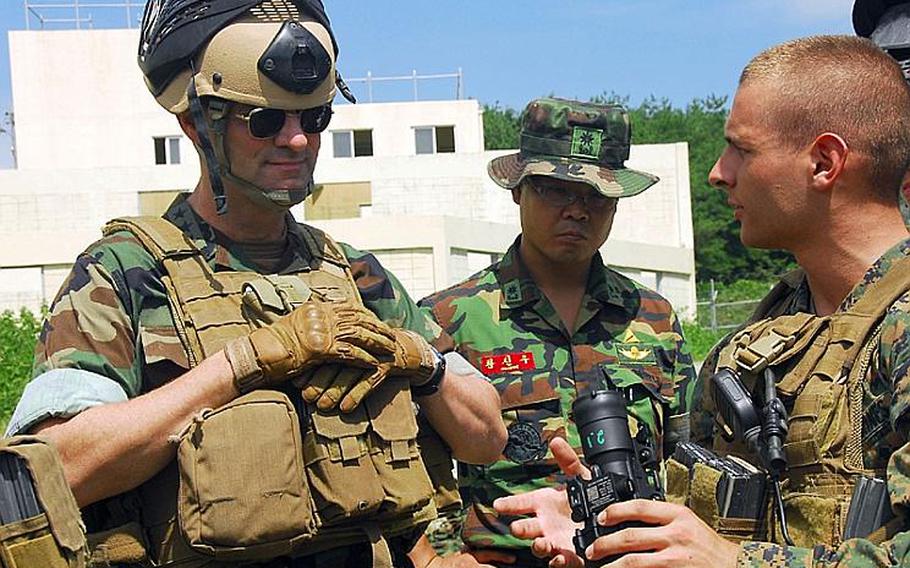 SASEBO NAVAL BASE, Japan &mdash; Commanders of all the task forces across the U.S. Navy&rsquo;s 7th Fleet are in Sasebo for three days this week to discuss operations.

The regular meetings gives the fleet a chance to assess the mission and plan for the future in a region that covers 48 million square miles of the Western Pacific and Indian oceans.

The commander of the fleet, Vice Adm. John Bird, spoke Tuesday with Stars and Stripes in advance of the conference about Navy concerns in the sprawling region. Following are excerpts from the interview:

Q. At the highest levels of government and politics, there has been a lot of recent tension between the U.S. and Japan. But how is the daily working relationship between the Navy and the Japanese self-defense forces?

A. I would say it is counter-intuitive to what you just said. It is as strong, if not stronger, than I have ever seen it. There is recognition from the military professionals who have done this for 10, 15 or 30 years of how important this alliance is, notwithstanding the current friction. While it is unfortunate, I don&rsquo;t think it is significant enough to jeopardize the alliance. It is somewhat natural. In relationships between countries there are moments of friction. In the history of the alliance, there have been other moments of friction we have worked our way through.

Q. Secretary of Defense Robert Gates has been speaking recently about streamlining the military and there has been some talk about the size of the U.S. Navy. In the future, will the 7th Fleet need to do more with less?

A. I don&rsquo;t think so and nobody has sent me that signal. The CNO [Chief of Naval Operations Adm. Gary Roughead] has stayed very strong in terms of how big he thinks the Navy needs to be with 313 ships. He submitted a 30-year ship building program to the Congress to that effect. I believe what the secretary of defense is doing is an appropriate thing and he is challenging all of the services to look hard at how we spend money and getting the best return on our investment. I have seen no signal from him or anyone in my chain of command saying the 7th Fleet is going to do more with less.

Q. In the past couple years, the 7th Fleet has made a huge push toward social networking. It seems every command has a Facebook page now. Is it a challenge to maintain that openness?

A. I think it goes without saying when you have a certain amount of openness you have certain concerns like security, official as well as personal. But we believe the benefits outweigh the negatives. The 7th Fleet leads the way as far as taking advantage of the social media to better achieve our mission effectiveness. In fact, [Command Task Force 76 ] Rear Adm. Landolt used it during his humanitarian aid and disaster relief operation in Indonesia to make connections with some of the [groups] participating. I think you have to be careful, but I think if you manage it like so many other things we do in the Navy, it can be to your benefit.

Q. Tension on the Korean peninsula is at a high point. How is that affecting ties between South Korea and the 7th Fleet?

A. I would say it has not changed our working relationship. We are very close allies. We work together throughout the year in various large-scale exercises. I think what this very tragic event that the North Koreans precipitated on South Korea, sinking their ship and killing 46 sailors, only validates how important it is we work together.

Q. How well is the Navy doing at keeping 7th Fleet sailors comfortable and happy when they are off the ship?

A. I am very impressed with the facilities down in Sasebo, certainly here in Yokosuka. I think we are hitting it just right and I give a lot of credit to the Japanese and leadership in the 7th fleet. I honestly believe that our sailors &ndash; and I&rsquo;ll go from Korea down to Singapore &ndash; have some of the best MWR, housing and facilities worldwide.