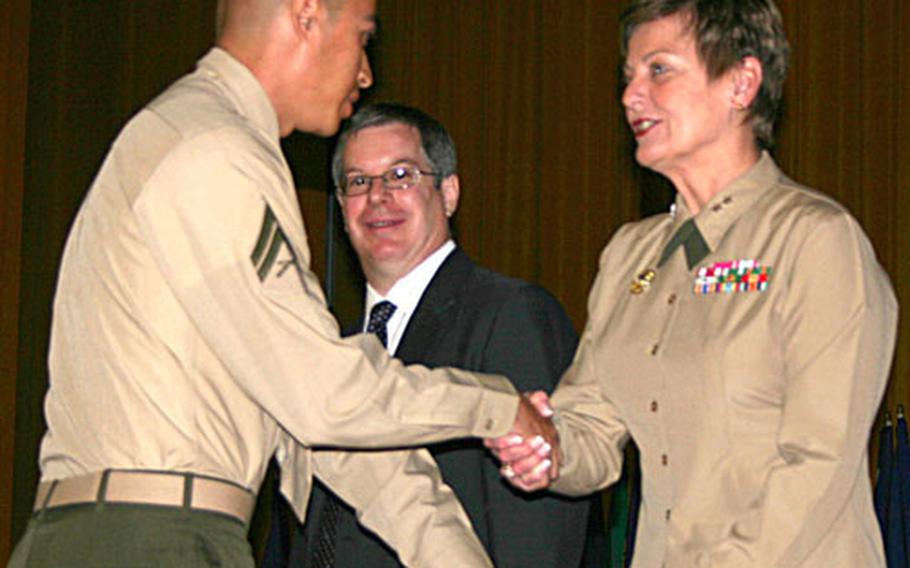 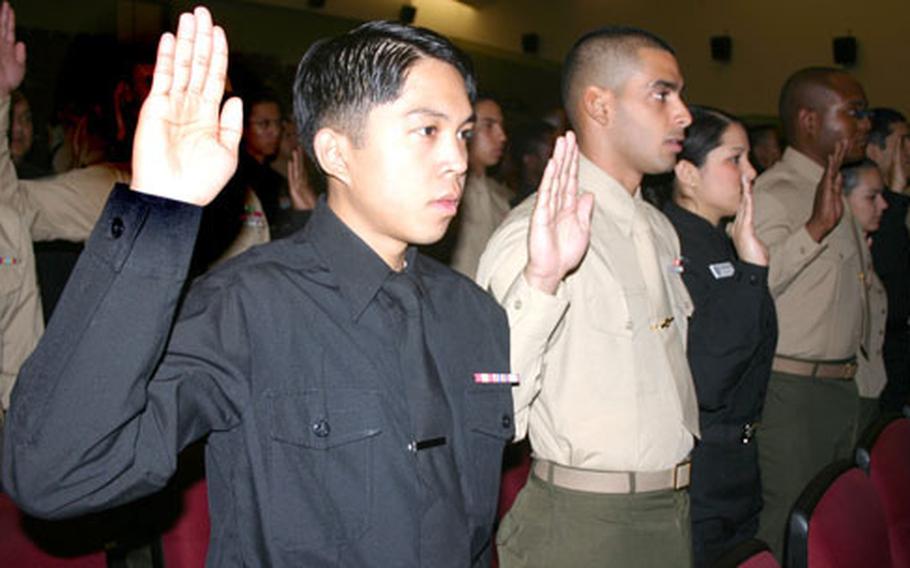 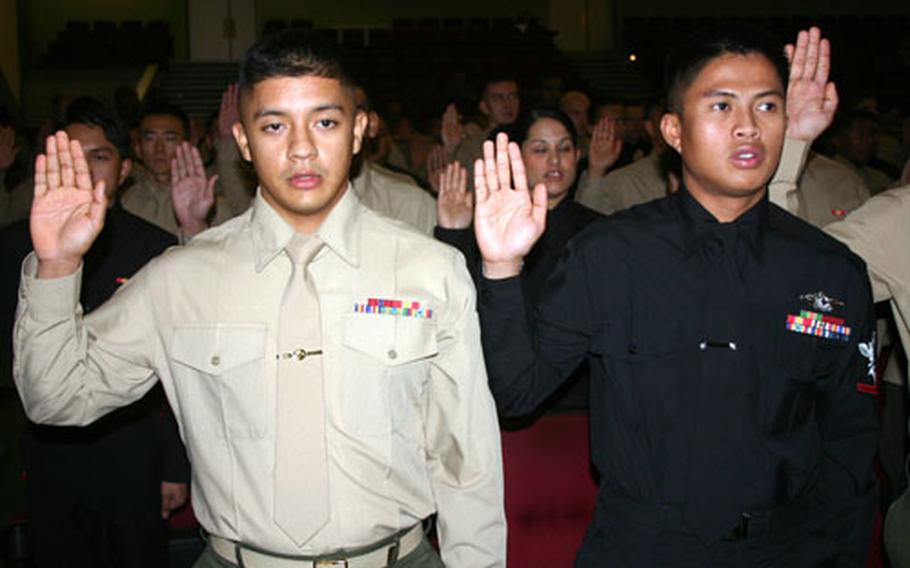 Cpl. Enrique Andrade Caleron, 21, from Ecuador, with Marine Wing Headquarters Squadron 1, and Petty Officer 3rd Clalss John Erwin Antonio, 24, from the Philippines, with 3rd Dental Battalion, swear an oath of allegiance to the United States during a naturalization ceremony. In all, 78 servicemembers became citizens in the ceremony. ()

They came from 29 countries scattered around the world, but the 78 men and women who gathered Friday at the Camp Foster Theater have two things in common.

They serve in the United States military during a time of war, and they are now U.S. citizens.

During a naturalization ceremony, Maj. Gen. Mary Ann Krusa-Dossin, commander of Camp Butler and deputy commander for Marine Corps Bases Japan, told the assembled servicemembers that America has a &#8220;fine tradition of foreign-born immigrants who take up arms under the Stars and Stripes.&#8221;

Krusa-Dossin said the 78 new citizens in the theater had earned the rights and privileges of citizenship.

He joined the Marine Corps for the education benefits and with the goal of becoming an American, he said.

Army Pfc. Felipe Ortizlopez, 20, from Mexico, with the 10th Support Group on Torii Station, said he too joined the military to eventually become an American.

Family played a role in Seaman Amadeo Carbonell&#8217;s decision to join the Navy, but he has always wanted to be in the military, he said.

Carbonell, 20, from the Philippines, said he has two uncles who retired from the Navy, and they really encouraged him. Now he is a corpsman at the U.S. Naval Hospital Okinawa on Camp Lester.

All three said being a U.S. citizen is a great feeling.