77-year-old activist faces trial for attempted base break in 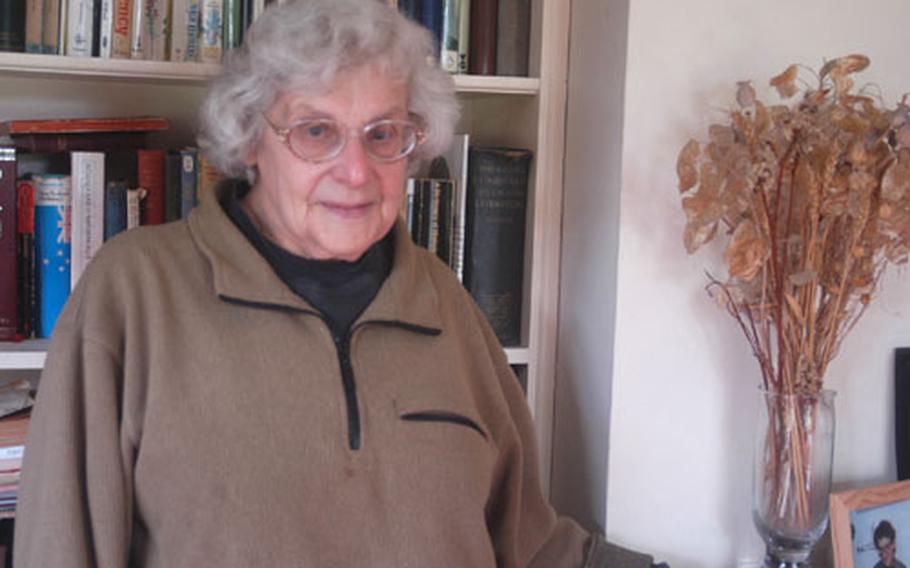 Davida Higgin, 77, will go on trial Tuesday for planning to break onto RAF Lakenheath, England, during an anti-nuclear demonstration last fall. She is a longtime campaigner for the elimination of all nuclear weapons. (Ron Jensen / S&S)

SHOTESHAM, England &#8212; Davida Higgin seems an unlikely defendant for a charge stemming from an attempt to break onto a U.S. Air Force base in broad daylight.

She is a 77-year-old, silver-haired mother of four, grandmother of seven and not much bigger than a minute.

But her arrest by the Ministry of Defence last October for carrying bolt cutters near the fence at RAF Lakenheath, England, was part of her longtime disgust at sharing the world with nuclear weapons.

She will face trial at Mildenhall Magistrates Court on Tuesday, charged with carrying equipment to commit criminal damage. Based on similar cases, Higgin could face a fine if found guilty.

Yes, she said, she did intend to cut her way onto the base, the home of the 48th Fighter Wing.

Several others did find their way onto the base and were arrested, including people from Belgium, Austria, France and Malta.

Born in Chicago in 1927, Higgin became an opponent of nuclear weapons before the dust had settled from the atomic bombs dropped on two Japanese cities in 1945.

She came to England as a student in 1949, but stayed for a job. Then she met Gurth Higgin, a student from New Zealand. They married and decided to make their home in England. He died of cancer 17 years ago.

Higgin joined the Campaign for Nuclear Disarmament, an effort to rid the British Isles of all nuclear weapons, both American and British.

&#8220;I became involved in nonviolent, direct action,&#8221; she said, referring to such things as blockades and fence cutting.

A trained anthropology lecturer, she was also a mother and wife. She recalls marching in a large demonstration in 1961, but taking time out to breast-feed her young daughter.

About three years ago, she and others created the Lakenheath Action Group, which has as its goal the removal of nuclear weapons they say are stored at RAF Lakenheath. The base has always refused to confirm or deny the weapons&#8217; existence.

Higgin said the desire has always been to mobilize public opinion, to convince the general public that it is in its interest to eliminate nuclear weapons.

And the end of the Cold War has not reduced their risk, she said.

Countries such as North Korea, Pakistan, India and Israel have the weapons, she said. Others, such as Iran, want them.

She was asked why she continues despite the obvious proliferation and the seeming lack of response.