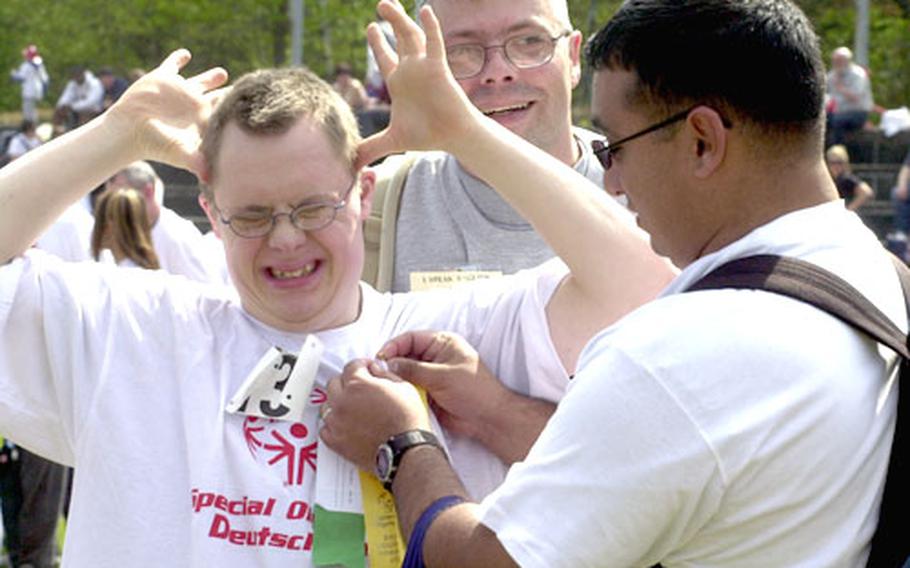 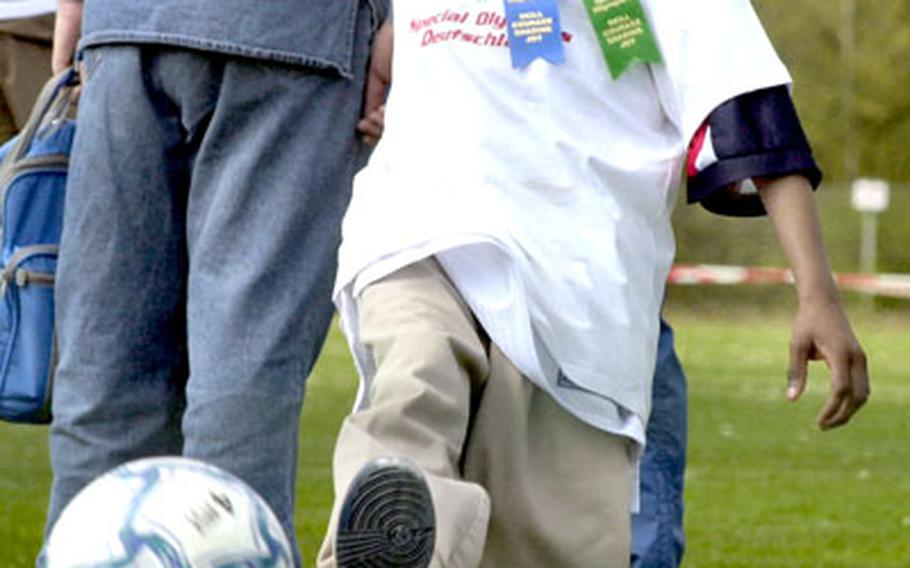 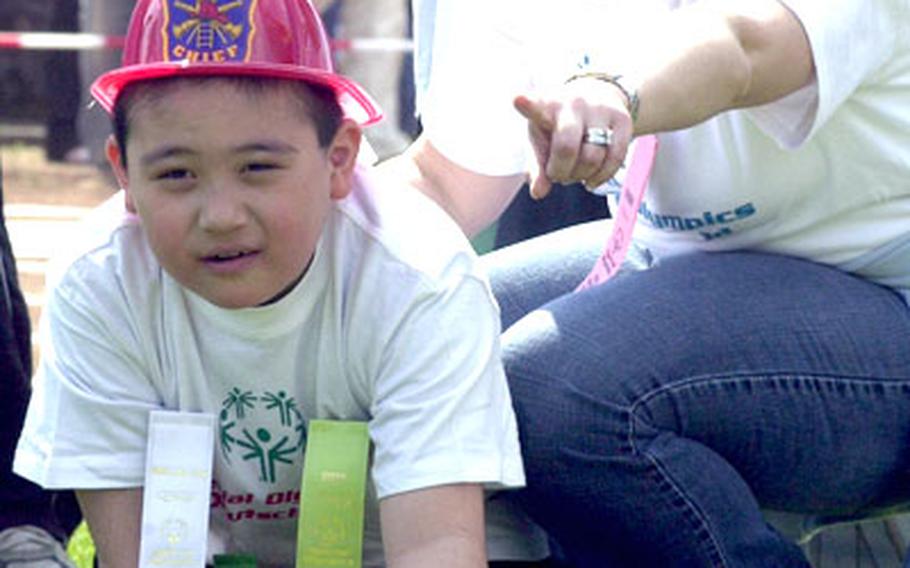 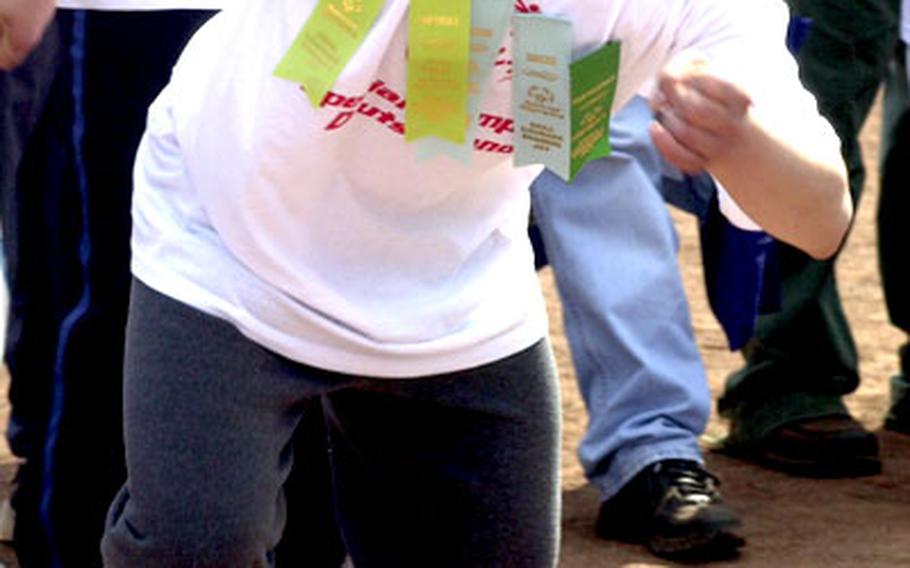 An athlete competes in the 50-meter dash. (Scott Schonauer / S&S) 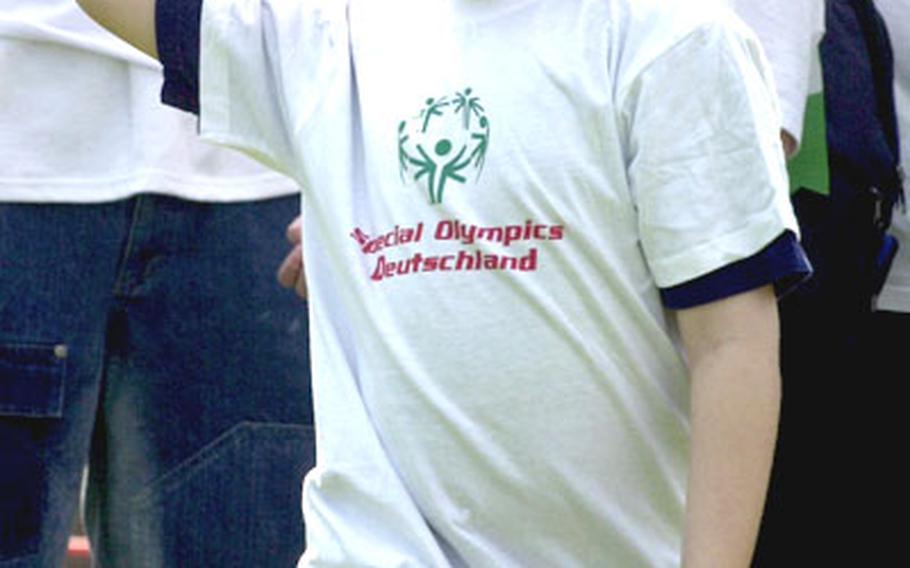 A participant throws a softball during one of the many events at the 23rd annual Special Olympics at Enkenbach-Alsenborn. (Scott Schonauer / S&S)

While volunteers kept score and honored the winners of each event, having fun seemed more important to athletes.

Take, for example, Frank Krebs. Win or lose, he would triumphantly thrust both arms into the air, holler as loud as he could and finish with a crowd-pleasing bow after most events.

About 730 German and American athletes such as Krebs competed in this year&#8217;s games in Enkenbach-Alsenborn with the help of more than 1,200 volunteers from surrounding communities.

More than 2.25 million people with intellectual disabilities in more than 150 countries compete in the Special Olympics every year. The organization was founded by Eunice Kennedy Shriver in 1968, and the number of participants in its activities continues to grow.

This is the second year Linn Jorgenson has volunteered for Kaiserslautern&#8217;s games. This year, her son, Todd, a 10-year-old who attends Ramstein Intermediate school, also came to help.

Athletes ages 5 to 70 participated in such events as the 50-meter dash, long jump and badminton.

Every athlete got a ribbon just for trying.