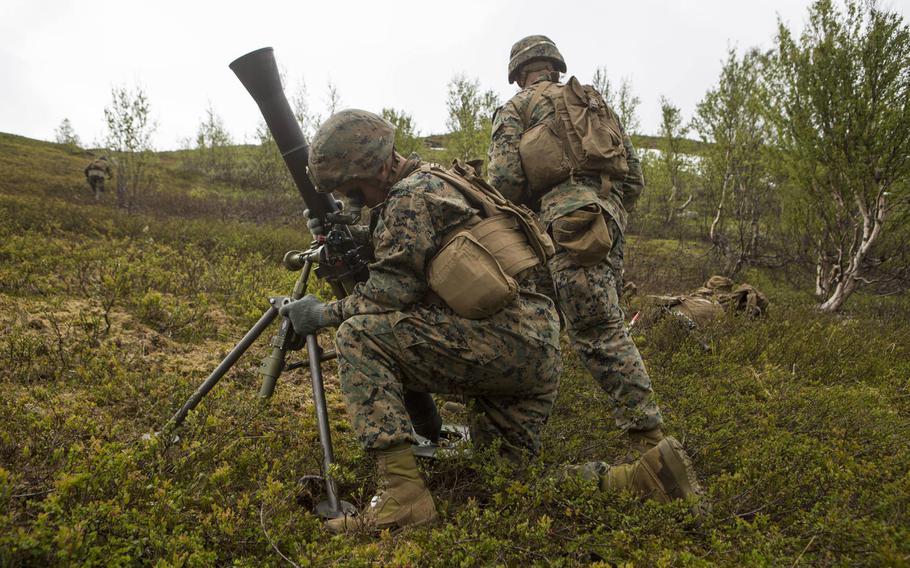 STUTTGART, Germany — About 700 Marines took over the Corps’ mission in Norway on Friday, marking the latest troop rotation into a country where American forces have for the past several years been focused on cold weather warfare tactics.

Marines from the 2nd Battalion, 6th Marine Regiment are operating out of the towns of Setermoen and Vaernes where they will be training with NATO allies and other partners in the Nordic region. The unit replaced the 1st Battalion, 8th Marine Regiment, which was deployed to Norway for the past six months.

Lt. Col. Anthony Johnston, 1-8’s commander, said his Marines were involved in five major exercises with allies and numerous other training events during the deployment.

“Our personnel and equipment are capable of not only operating, but thriving, in any climate,” Johnston said in a statement. “We will ensure these skill sets are passed along appropriately to our replacements, and we will share our experiences with the operating forces at large.”

The arrival of the Marines from 2-6 marks the sixth rotation of Marines to Norway. Known as Marine Rotational Force-Europe, the unit’s headquarters are inside Norway’s arctic, mountainous Setermoen Army Base. The rotations began in early 2017 with just 300 Marines, but the mission has gradually expanded.

In Norway, the Marines have long maintained large stockpiles of weaponry, which fill a network of caves with equipment to accommodate a full Marine Expeditionary Brigade.

The decision to keep Marines in the country year-round on back-to-back rotations was considered by Corps leaders to be both economic and strategic.

A steady force presence was considered more efficient than flying back and forth for periodic training, and forward-basing rotational Marines helped to send a signal of solidarity to NATO ally Norway, which shares a border with Russia.

The deployments to Norway have deepened the Marines’ bonds with their Nordic military counterparts, Maj. Gen. Patrick J. Hermesmann, commander of the Stuttgart, Germany-based U.S. Marine Corps Forces Europe and Africa, said in a statement.

The relationship with Norway will continue to grow, he said, through “shared hardship of tough, realistic training in this austere environment.”