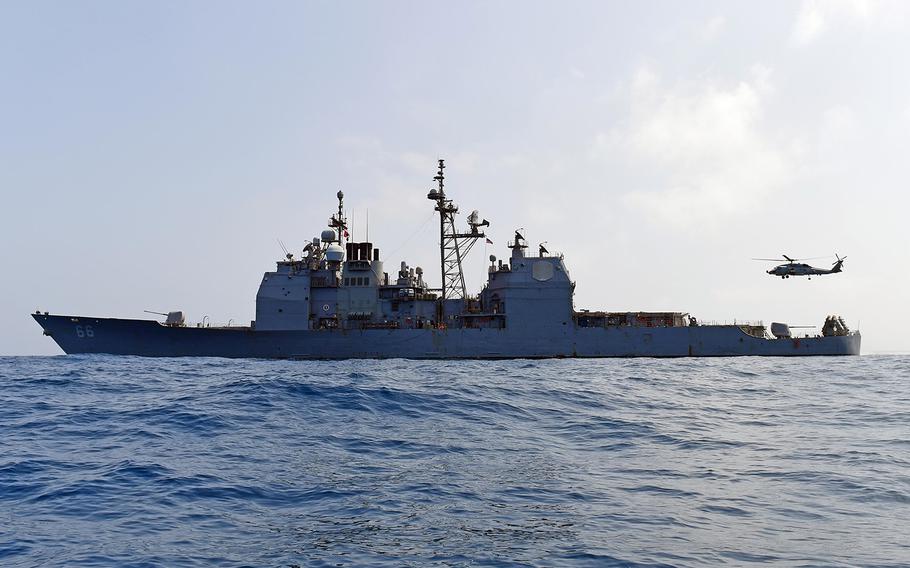 WASHINGTON — Seven senior enlisted sailors aboard the USS Hué City face disciplinary actions for conducting or helping cover up an inappropriate relationship while serving on the guided-missile cruiser, the Navy has announced.

Capt. Daniel Gillen, the commanding officer of the cruiser, “held non-judicial punishment proceedings April 21-23 for seven of the ship’s chief petty officers,” after an investigation confirmed “an inappropriate relationship between two chiefs and a petty officer,” according to a statement issued by Naval Surface Force Atlantic.

Two chief petty officers involved in the affair received unspecified administrative actions for violating Articles 92 and 134 of the Uniform Code of Military Justice, which cover fraternization and adultery.

The investigation also determined four other senior chiefs knew about the relationship and kept it secret. They were also found in violation of Article 92 for failure to report a fraternization offense and received unspecified administrative actions.

The petty officer who was involved with the two senior chiefs is now assigned off-ship and the disciplinary actions against that sailor are pending, said Lt. Cmdr. Myers Vasquez, a spokesman for Naval Surface Force Atlantic.

The USS Hué City is still at sea, assigned to the USS George H. W. Bush carrier strike group, which is in the Persian Gulf.

The other sailors are still assigned to the ship, Vasquez said. The ship’s commander will determine whether they are reassigned, he said.

There are approximately 300 enlisted sailors on a guided-missile cruiser, and about 25 to 28 of them are senior chiefs.