7 Marine Corps online-training classes are on the chopping block 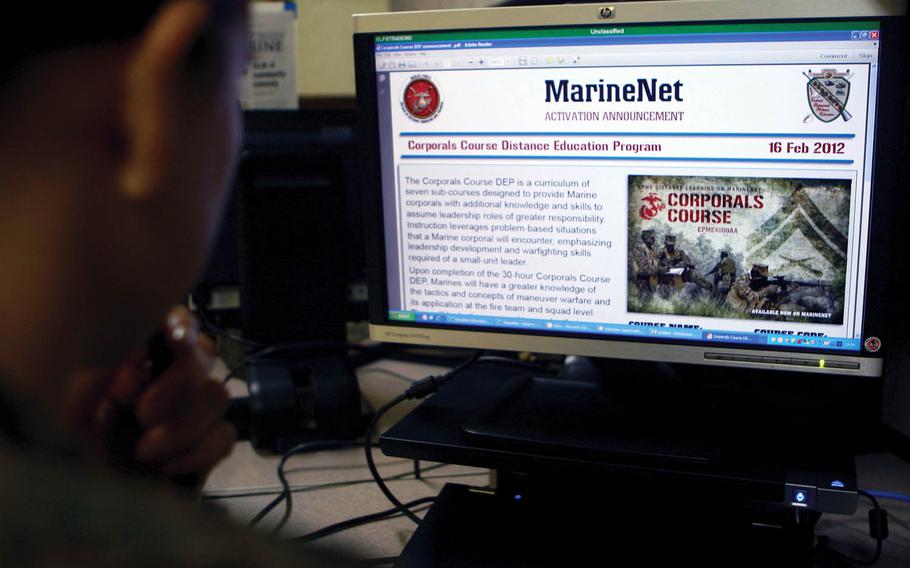 A Marine takes an online course in 2012. The service will cut seven online courses starting next month, according to an internal message obtained by Stars and Stripes. (Michael Granahan/U.S. Marine Corps)

YOKOSUKA NAVAL BASE, Japan — The Marine Corps is axing some online courses and adding more face-to-face training, according to an early copy of an internal message obtained by Stars and Stripes.

The cuts, which include seven classes representing five hours of annual training, take effect May 1, the message said.

“The leader-led discussion approach optimizes the transfer of learning, provides the opportunity for immediate feedback and remediation, and can occur at almost any time or place,” he said in the message announcing the changes.

Small-unit leaders will gain experience and maturity as they lead training discussions, he said, adding that Training and Education Command will offer online support to help leaders conduct in-person training.

“Switching to a more hands-on approach, as opposed to a primarily computer-based learning environment will help mold Marines to better suit their jobs in the fleet,” he said.

Stars and Stripes reporter Jessica Bidwell contributed to this report