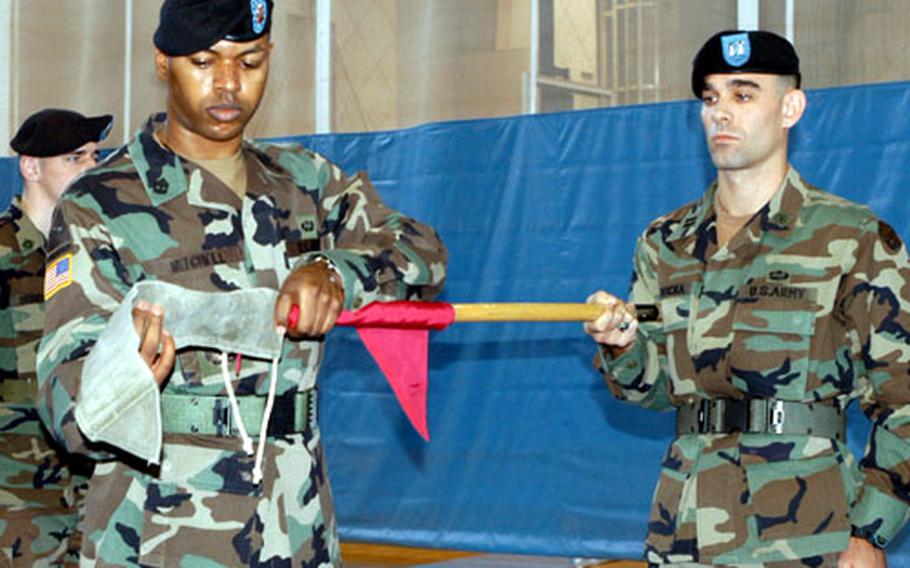 Commanders praised the 65th Ordnance Company&#8217;s longtime role on the Korean peninsula at its inactivation ceremony, citing its ability to control ammunition in an unforgiving part of the world.

&#8220;A lot of their supply points were [northeast] of the 38th parallel in really difficult terrain, dug into the side of mountains,&#8221; said 6th Ordnance Battalion commander Lt. Col. Mark Talkington, who spoke to the company&#8217;s soldiers at the ceremony.

The 65th Ordnance Company was the most forward-deployed in the 6th Ordnance Battalion, officials said. It was responsible for managing more than 41,000 tons of ammunition covering 410 square miles at dozens of points along the Demilitarized Zone.

The company&#8217;s 32 personnel, including soldiers and civilians from both the U.S. and South Korea, are being reassigned.

The 65th Ordnance Company was created in 1933 and activated Feb. 6, 1941, at Savanna Ordnance depot in Illinois. Its WWII-era soldiers fought against German Field Marshal Erwin Rommel&#8217;s troops in North Africa, and also saw action at Anzio and Sicily.

The company first arrived in South Korea in the 1950s and earlier this year moved to Camp Castle from Camp Page, which it had called home since 1992.