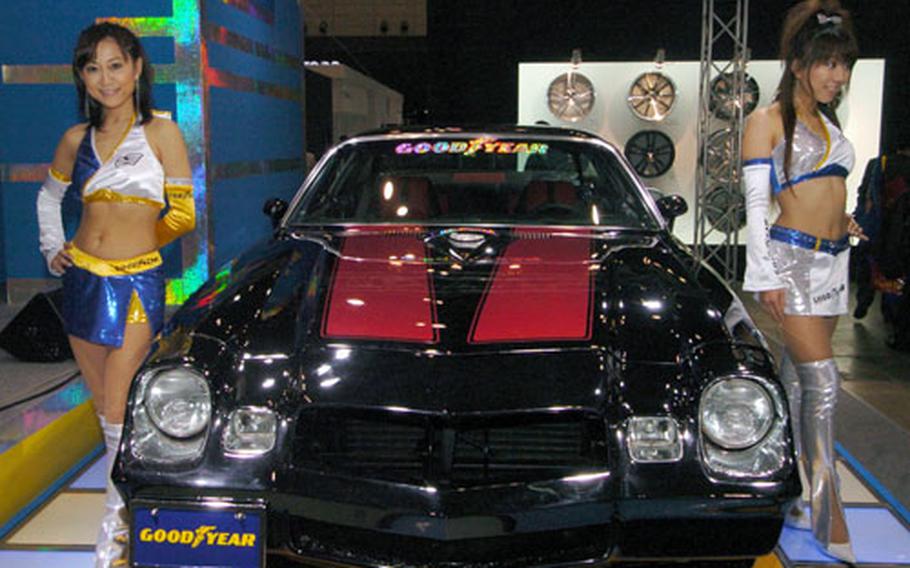 A customized 1980 Chevrolet Camaro is flanked by Japanese models at Tokyo Auto Salon 2008 on Friday. (Christopher B. Stoltz / S&S)

A customized 1980 Chevrolet Camaro is flanked by Japanese models at Tokyo Auto Salon 2008 on Friday. (Christopher B. Stoltz / S&S) A Cadillac Escalade at Tokyo Auto Salon 2008 features tiny monitors along the armrest of a door. Some 78 monitors adorned the inside of the customized car. (Christopher B. Stoltz / S&S) 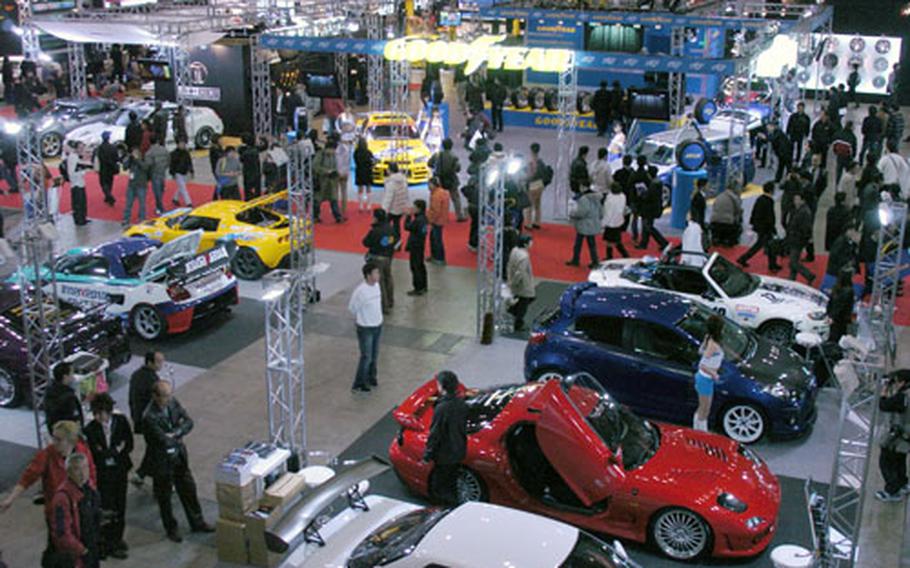 A custom copy of the Mach 5 car that was made famous by the “Speed Racer” cartoon series sits on display at the Auto Salon 2008. (Christopher B. Stoltz / S&S) 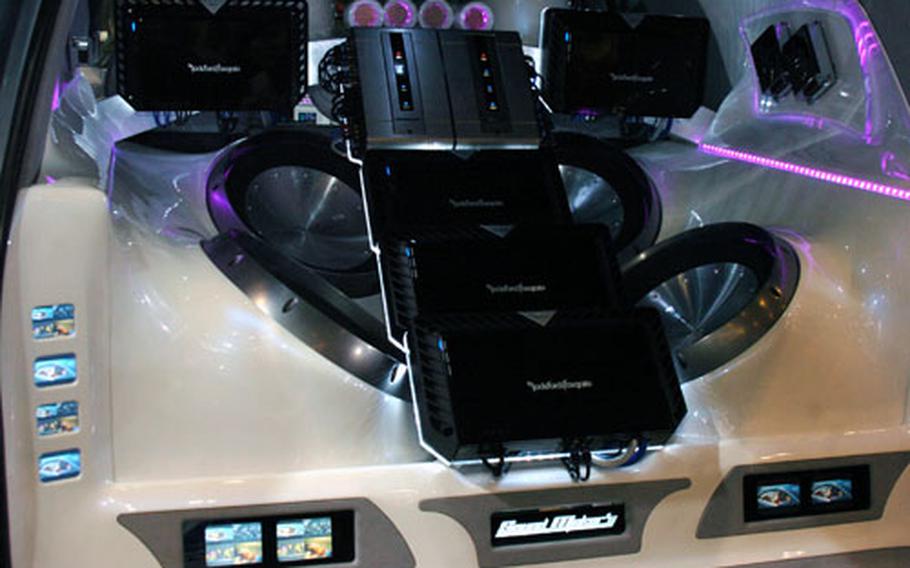 You can find pimped-out cars and drift-car demonstrations at the traveling Auto Salon custom car shows.

The world&#8217;s biggest custom car show, Tokyo Auto Salon 2008, was held over the weekend at the Makuhari Messe convention center on the outskirts of Tokyo. Aftermarket parts manufacturers, automakers and custom-car shops set up more than 300 booths.

And there were cars.

About 600 modified automobiles were on display.

This year&#8217;s most popular car was the Nissan GT-R, considered a top Japanese-made sports car. It has been on the market in Japan just a month but has drawn a lot of attention since its debut at the Tokyo Motor Show in October.

&#8220;Although there has been a modifying limit set by the manufacturer, we are analyzing it to be able to provide parts when needed,&#8221; said sales administration section manager Masakatsu Yamate.

Another main feature for HKS was CAMP 2, a computerized automobile multiplayer. As TV screens and navigation systems have become common features in cars, many companies were looking for ways to make use of the monitors. CAMP 2 allows drivers to see engine vitals &#8212; such as speed, engine revolution and gas mileage &#8212; on one screen.

A recent trend for owners is to put as many TV screens in a car as possible, said Yasunari Shiino, a spokesman for auto parts dealer Autobacs Seven. The company showed off a tricked-out Cadillac Escalade with 78 tiny TV monitors, 32 speakers, a rhinestone-studded American-flag grille, gull-wing doors and python-pattern seats.

Another noticeable trend appears to be modified cars targeting women drivers, as companies are looking ways to expand their markets. Mazda featured colorfully painted Demios, and Autobacs Seven modified the interior of a Suzuki Lapin with fluffy, diamond-shaped, patterned seats and carpet.

For auto buffs looking for cars in action, professional drivers offered drift demonstrations in a parking lot outside the venue. And showgoers interested in a different kind of action could watch men with cameras fighting each other to get a shot of the scantily dressed models promoting the cars.

Although the show just ended in Tokyo, it will be in Fukuoka&#8217;s Yahoo! Japan Dome from Feb. 15 to 17. For more information, check out the Auto Salon Web site at: http://www.e-autosalon.net/index.html.