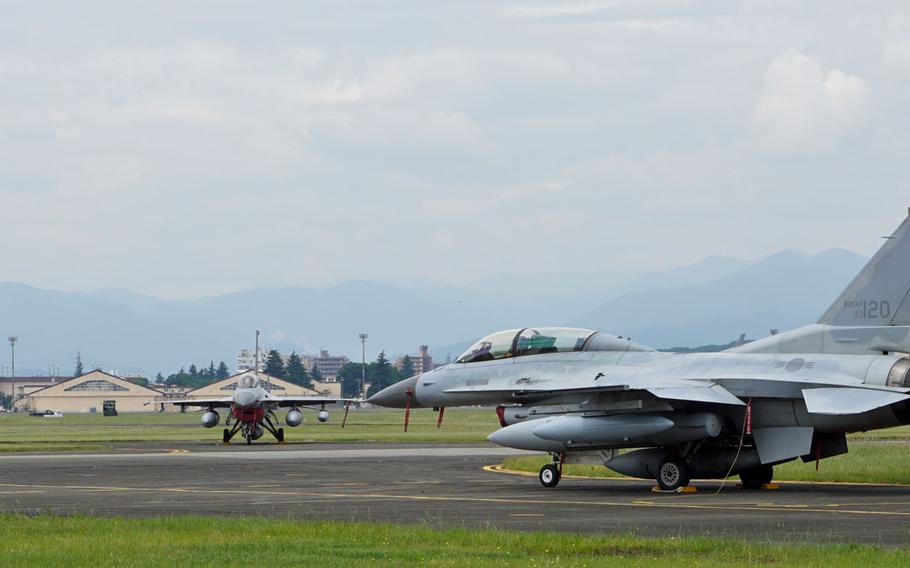 The diversion was forced by “a mechanical issue with an air-to-air refueler that was scheduled to support their movement,” Hoffman said.

Earlier in the week, a dozen U.S. A-10 jets stopped at Yokota on their way to Alaska from Osan Air Base, South Korea.

The presence of South Korean military planes in Japan is unusual.

American officials have worked for years to get their two allies’ defense forces to cooperate, but conflicts over a disputed island and historical grievances over World War II remain. The two nations did agree last year on an intelligence-sharing agreement involving North Korea.

The planes were parked on the east side of the base as of Thursday afternoon. The South Korean jets will depart as soon as the refueling issue is resolved, Hoffman said.