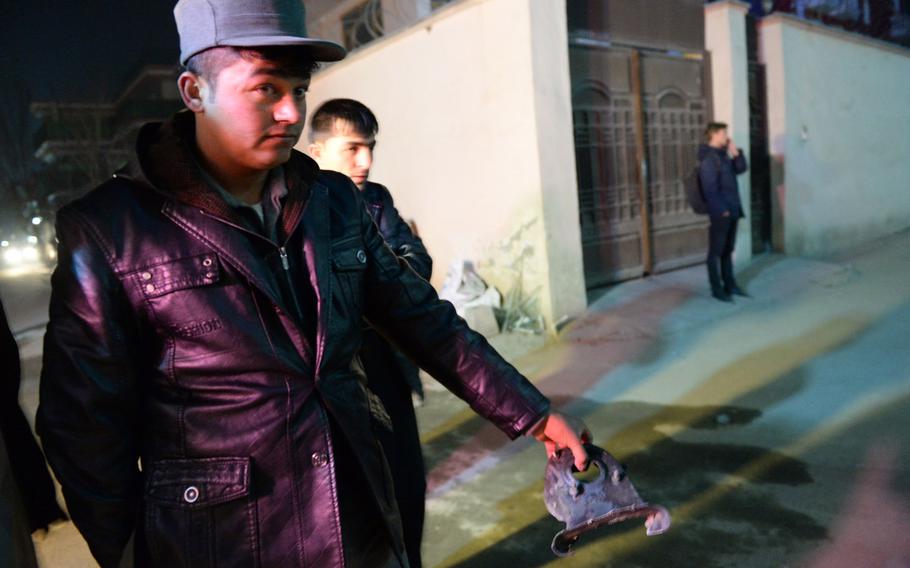 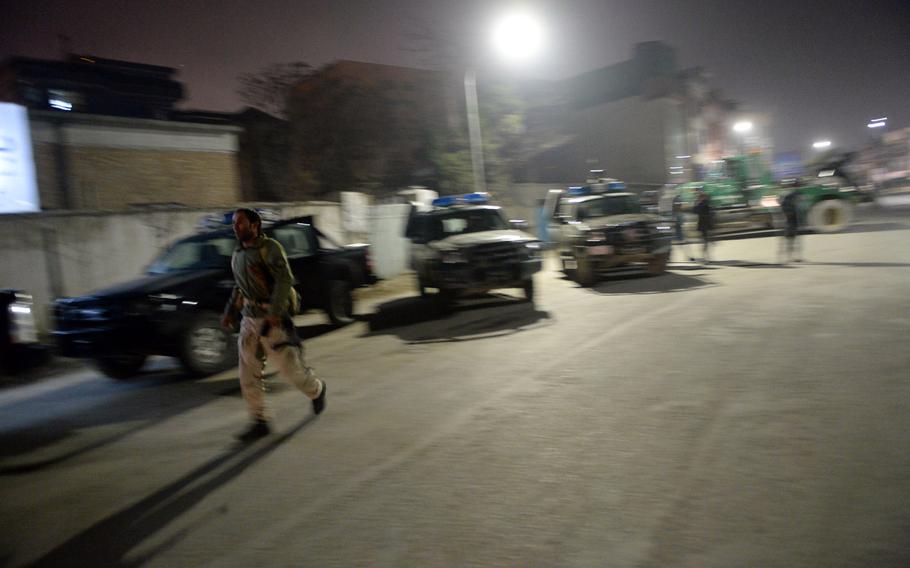 An Afghan soldier runs to the scene of a Taliban attack in Kabul Friday night, Dec. 11, 2015. The attack on a guesthouse used by foreigners comes on the heels of Taliban fighters laying siege to the Kandahar Airport earlier in the week, which left 50 people dead. (Heath Druzin/Stars and Stripes) 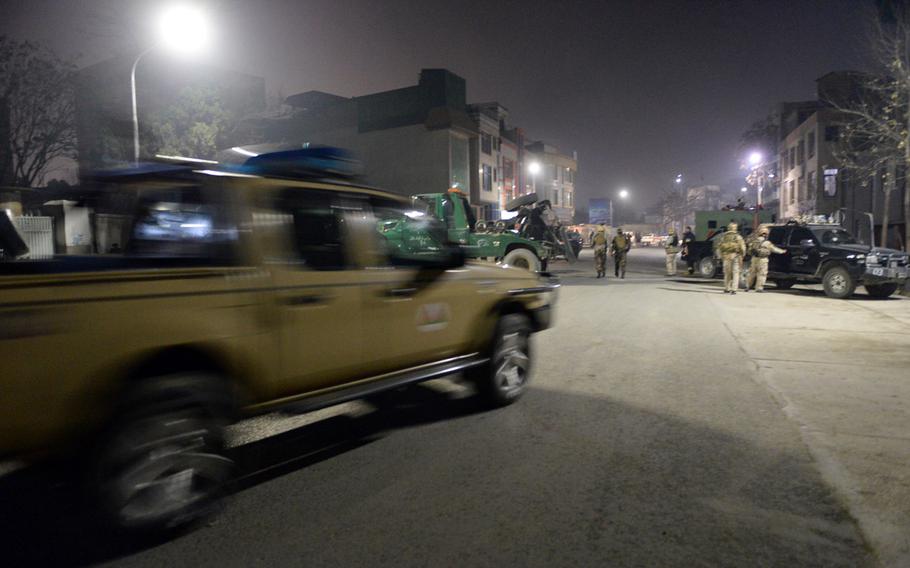 Afghan security forces at the scene of a Taliban attack on Friday, Dec. 11, 2015, in Kabul, Afghanistan. An unknown number of militants detonated a car bomb and then stormed a guesthouse where foreigners live. (Heath Druzin/Stars and Stripes) 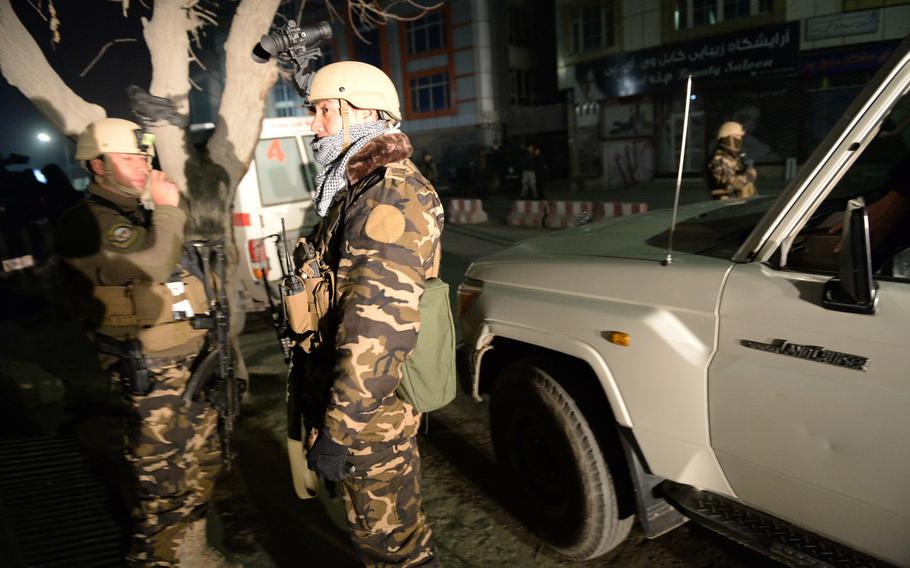 Afghan commandos at the scene of a Taliban attack on a guesthouse for foreigners Friday, Dec. 11, 2015. The blast from the attack shook houses in central Kabul, and a number of Afghan commandos and police responded to the scene. (Heath Druzin/Stars and Stripes)

The attack started with a car bomb that shook houses throughout the Shir Pur neighborhood, home to many diplomats and prominent Afghan officials, and ended when Afghan police killed the last of the attackers, who had been holed up in the guesthouse for seven hours, Kabul police spokesman Basir Mujahid said.

One of the dead was a Spanish police officer, Spanish Prime Minister Mariano Rajoy said in a statement. Rajoy denied reports that the Spanish embassy had been the target, though the guesthouse was home to embassy employees.

The attack came on the heels of a Taliban siege of the Kandahar Airport earlier this week, which left 50 people dead and raised fresh questions about the capabilities of the Afghan security forces, who are battling insurgents largely on their own now that international forces have vastly scaled down their troops levels.

Roughly 10,000 U.S. troops remain in Afghanistan, largely in a training and advisory role, though a large proportion of them are also conducting counterterrorism operations.

Continued fierce fighting between insurgents and Afghan troops prompted President Barack Obama to announce in October the extension of the U.S. military mission into the coming year at roughly current troop levels.