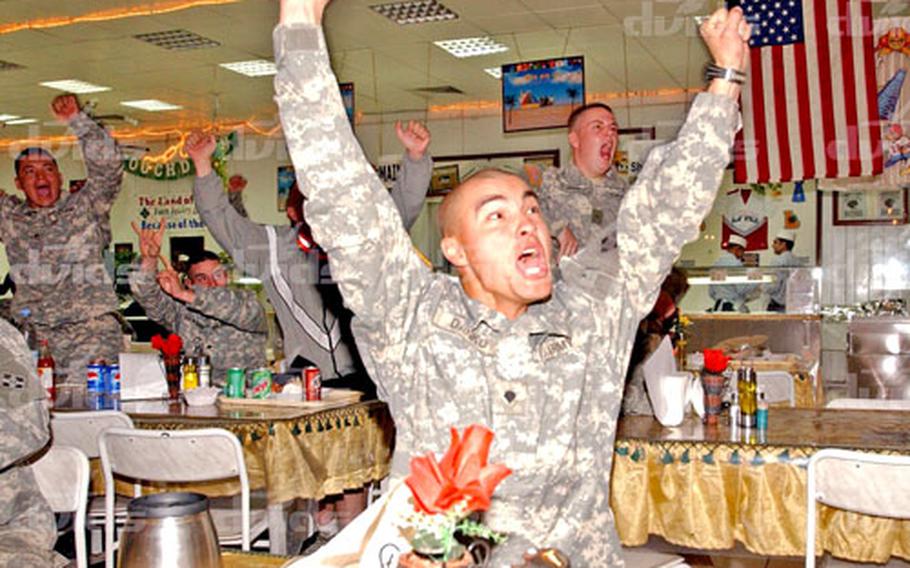 As the clock strikes 4 a.m. in Iraq, Spc. John Danko cheers on the Pittsburgh Steelers during their 21-10 victory in Super Bowl XL in Detroit. Danko, a native of Uniontown, Pa., is a member of the 4th Infantry Division’s Headquarters and Headquarters Company, Special Troops Battalion. (Mary Mott / U.S. Army)

As the clock strikes 4 a.m. in Iraq, Spc. John Danko cheers on the Pittsburgh Steelers during their 21-10 victory in Super Bowl XL in Detroit. Danko, a native of Uniontown, Pa., is a member of the 4th Infantry Division’s Headquarters and Headquarters Company, Special Troops Battalion. (Mary Mott / U.S. Army) 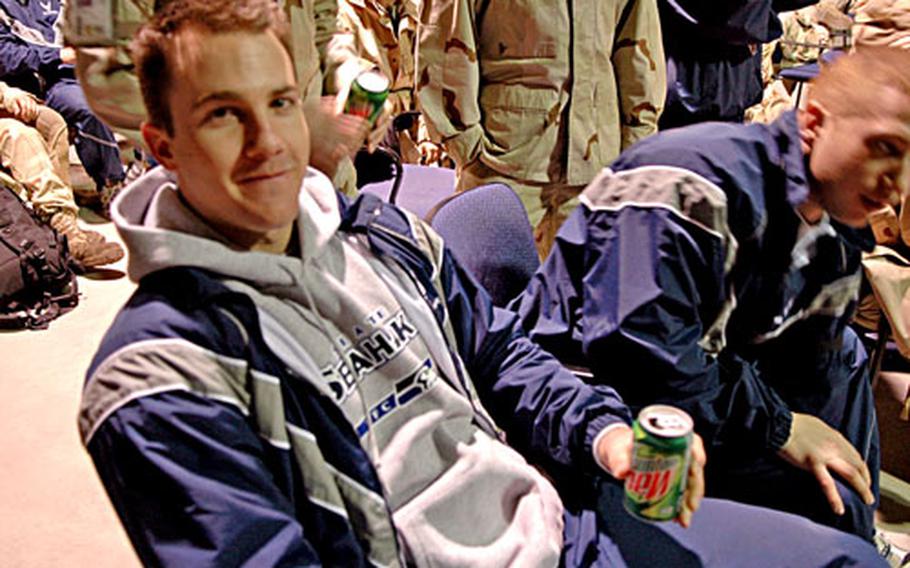 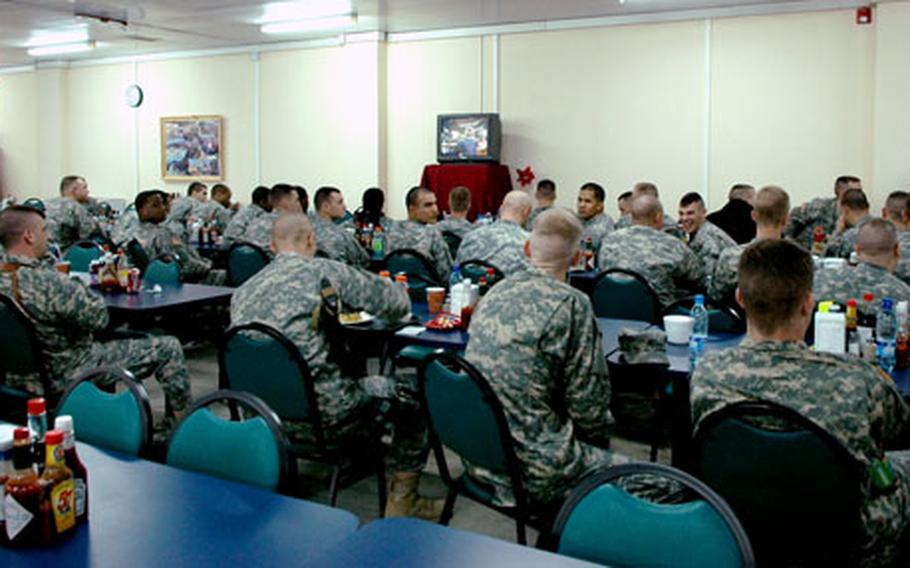 MANAS AIR BASE, Kyrgyzstan &#8212; Who knew that servicemembers deployed to this remote former Soviet republic would witness the battle of the year?

But early Monday morning, airmen and soldiers at Manas Air Base in northern Kyrgyzstan pulled up a virtual front-row seat to America&#8217;s most important annual conflict: the Super Bowl.

As the Pittsburgh Steelers and the Seattle Seahawks prepared to do battle on the gridiron, hundreds of servicemembers &#8212; many of them headed to or returning from a real battlefield &#8212; huddled in tents and filled the chow hall early Monday morning to watch the spectacle unfolding more than 6,500 miles away.

The atmosphere resembled that of a major national holiday, with games, prizes, festivities and traditional holiday fare: pizza, potato chips, fried finger foods and that Super Bowl staple: beer (though many stuck to coffee, largely because it was 5 a.m. Kyrgyz time).

Viewers seemed unperturbed by the early hour, the odd breakfast, or the bitter Kyrgyz cold. Some fans arrived as early as 3 a.m. to get prime seats in front of big-screen televisions. Throughout the game, fans rowdily cheered or booed the television.

&#8220;It is worth waking up at 5 in the morning,&#8221; said Army Spc. John Powell, 22, a military policeman from Fifty-Six, Ark., who was preparing to depart for a yearlong rotation in Afghanistan. Powell watched the game in the chow hall with members of his company.

The festivities were made possible by members of Manas Air Base&#8217;s 376th Expeditionary Services Squadron, part of the 376th Air Expeditionary Wing, an Air Force unit composed of active duty, reservists and Air National Guardsmen from around the United States.

But Blaise, who energetically handed out raffle tickets to viewers, said she had little personal interest in the game.

So which team were fans pulling for? Fans across all branches of service seemed equally divided between the two teams. Others professed no preference.

Martin, 23, of Tacoma, Wash., said missing the game was not an option for him.