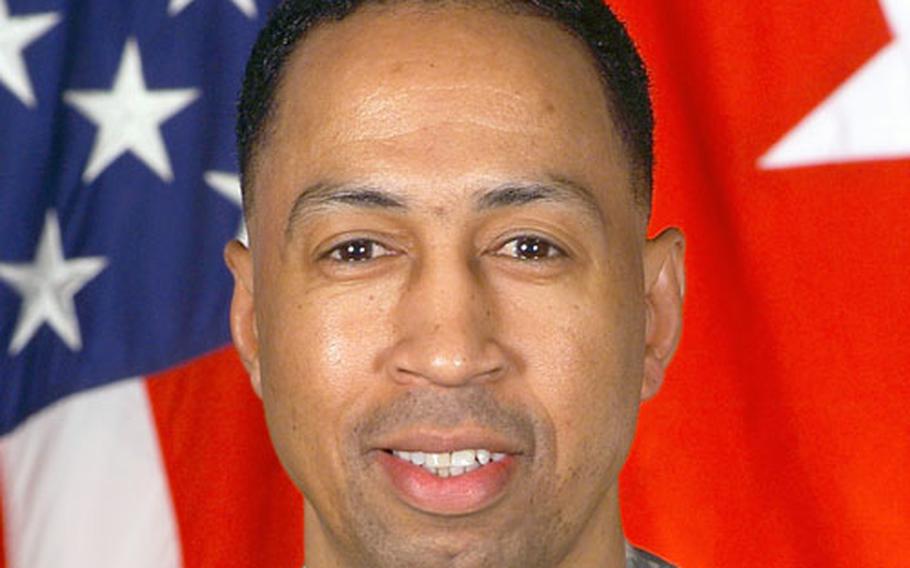 MANNHEIM, Germany &#8212; While some Army units already have deactivated, the real transformation of U.S. forces in Europe is still basically an abstraction. It can&#8217;t begin in earnest until the foundation is in place across the continent.

Strykers can&#8217;t move to Grafenw&#246;hr from Fort Lewis, Wash., and troops can&#8217;t leave U.S. Army Europe headquarters in Heidelberg for Wiesbaden, for example, until phones are in and computers are connected.

That&#8217;s where the 5th Signal Command comes in, said Brig. Gen. Dennis L. Via, commander of the unit, based in Mannheim.

The lynchpin of the Army in the Information Age, Via&#8217;s 5th Signal Command is responsible for all communication capabilities in USAREUR as well as Iraq and Afghanistan.

The command also is the communications provider for U.S. European Command headquarters and the Installation Management Agency &#8211; Europe.

As it lays the groundwork for the transformation of USAREUR, 5th Signal Command is itself transforming, a consolidation that will serve as a model Army-wide, including at stateside bases, he said.

During the next six months, the command is consolidating to eight regional hubs &#8212; from 21 network support centers currently spread across Europe.

Where the current network support centers employ as many as 20 people, the new regional centers will employ six to eight people. Those four locations have been designated &#8220;enduring communities&#8221; by the Department of Defense, destined to become main Army hubs in Europe. Regional centers will be supported by small operations centers that may have one or two technicians in various locations yet to be determined.

Technology &#8212; fiber-optic cable, increasing Internet bandwidth &#8212; allows 5th Signal to do more with a smaller footprint, Via said. For example, techs used to have to diagnose and repair problems on site. New technology allows remote diagnosis of network and connection problems, as well as data recovery and repairs.

The goal is to minimize job losses through attrition. As people left jobs, command hasn&#8217;t filled those slots &#8220;because technology has made those jobs superfluous,&#8221; he said.

Initially, command officials estimated they would cut 330 civilian positions. Now, Via and others project the cuts will be far fewer, with Via emphasizing civilian employees willing to relocate will be offered training for new jobs.

Col. Donna Kapinus, chief of staff for personnel, and William Cole, 5th Signal Command human resources specialist, have met with employees at each of the network support centers, MacAllister said.

But some civilian employees debate how bad the cuts will be, arguing that plans call for a substantial reduction in force, or RIF. Employees may be terminated, or may be left without comparable jobs, said David McLemore, who works in Geissen.

McLemore said he also doesn&#8217;t understand plans to cut staffing &#8212; and, by extension, services &#8212; at locations such as 1st Armored Division bases, before the division is designated to return to the States.

Despite all the changes, work on the regional centers &#8220;may be running a little bit ahead of schedule,&#8221; Via said.

Technical teams are on the ground at the Grafenw&#246;hr Training Area, part of the effort to get Strykers relocated there by October. That work includes everything from installing phones and hooking up computers to networks and limited area networks, then protecting the data from hackers and intruders, Via said: &#8220;We&#8217;re like plumbers. You can&#8217;t move into a new house until the plumbing&#8217;s in.&#8221;

While all this transformation is going on, units from the command&#8217;s 7th Brigade are deployed to Iraq, Afghanistan and other places. His soldiers are integrated into warfighting units, or &#8220;battle rostered,&#8221; Via said. &#8220;They have to know who likes their phone on the left side of table, and who likes it on the right&#8221; at the tactical operations centers.

In a simpler world, it used to be commands were one color, Via said, referring to the Army&#8217;s designation of red for deployed, green for in garrison training and amber for getting ready to deploy. Fifth Signal is all three at once &#8212; restructuring, preparing Europe for transformation and fighting a war in Iraq &#8212; without the luxury of focusing on one.

But the biggest challenge is changing corporate culture, or in this sense, Army culture.

Army at cutting edge of adapting civilian IT

Brig. Gen. Dennis Via reached in his BDU pocket and took out a small black and silver device.

In no other part of the Army is that fact more clear. And no other signal command has been where Via is at this moment.

His Mannheim-based 5th Signal Command is doing something no communication command has ever done before &#8212; putting in the communications footprint necessary to transform Army operations across Europe while sending units to fight wars in Iraq and Afghanistan.

The command is a primary service provider in the middle of one of the biggest transformations in Army history. The post-1991 drawdown was big, but involved shuffling personnel off to existing bases in Europe, or back to the United States. Now, the Army is moving units around Europe, expanding some places, closing others &#8212; while moving some units to Europe and sending others to the States.

Communications is a world where everything happens quickly. Personnel from 5th Signal&#8217;s 2nd Brigade rushed to the Pakistan earthquake zone on three days notice, Via said. His people had communications up within one day of hitting the ground &#8212; video conferencing, DSN phones, complete networks and local-area networks.

It may be the part of the Army that has changed the most, and the fastest. Holding the Blackberry, Via marveled at how the Army once struggled to get back radios small enough for a soldier to carry, &#8220;trying to get it down to 50 pounds.&#8221; Comm soldiers weren&#8217;t always considered crucial, and he recalled being left out of exercise planning as a young officer in the 82nd Airborne Division.

Now, the Army is at the &#8220;cutting edge&#8221; of adapting civilian information technology, making use of off-the-shelf hardware and software, said Maj. Gen. (retired) Robert Nabors, who was 5th Signal commander in the late 1990s.