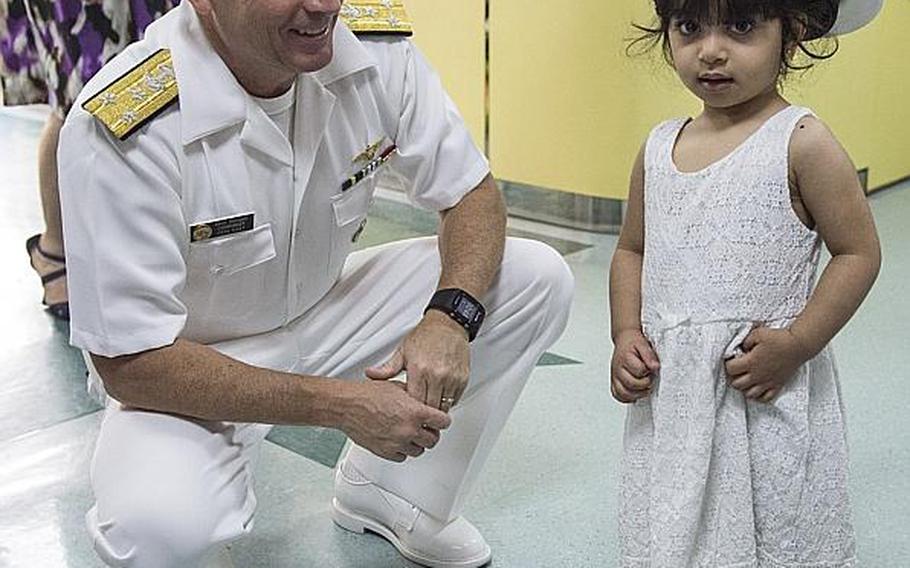 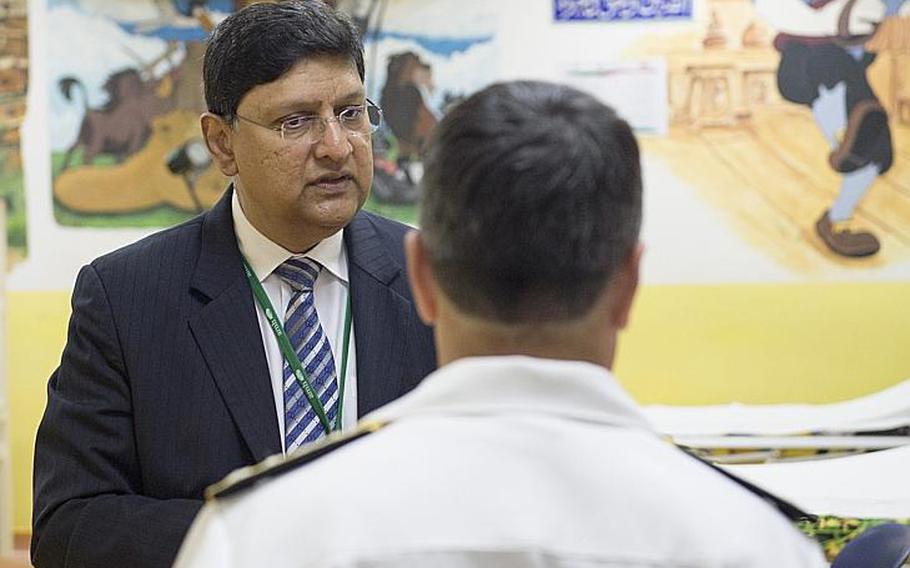 The timing of the visits was coincidental, a U.S. NAVCENT spokesman said, but Vice Adm. Kevin M. Donegan’s visit highlighted a long relationship between the two countries and the importance of the hospital in establishing it.

“There is no better time to be coming than when our president has decided to come here to the region with his very first visit, so it says a lot,” Donegan said. “I was just with His Royal Highness (Hamad bin Isa Al Khalifa, king of Bahrain) yesterday talking to him. Every time I visit with him, he always tells the story of the American Mission Hospital. That’s how important it is.”

The hospital’s roots began in the late 19th Century when American missionaries came to the region to establish the “Arabian Mission,” according to the hospital’s website. One missionary, Samuel Zwemer, opened a medical dispensary in Bahrain’s “Old Souk” in 1883, “igniting the vision of a health service for Bahrain in a single step.”

Donegan discussed the hospital’s history with Chief Medical Officer George Cheriyan, and also took a tour of the hospital’s facilities, including the children’s ward, which is adorned by Disney artwork painted by U.S. Navy sailors years ago.

“My first impression is it’s a great hospital, and I think it really tells a great story about the United States relationship here with Bahrain, and it’s really founded on the right things,” Donegan said. “I think it also shows you the openness of the Bahraini society. Because, here this is a mission hospital, here in the middle of the Middle East and I think Bahrain is the only place in the Middle East where you’ll find that openness and acceptance to not only have the hospital but to sustain it for 130 years with the full support of the Bahraini government.”

U.S. Naval history in Bahrain only goes back about 70 years, Donegan said, so to truly connect to the history of U.S.-Bahrain, you have to come here where it started.

“With time, people forget that this was a unique partnership between the United States and Bahrain,” Cheriyan said. “People see this as an old mission hospital. And a lot of people ask us, ‘what is the mission of this hospital? What is American about the hospital?’ Even Bahrainis have lost the story, the narrative, the history of this place. It is good that it is brought to life.”

Meanwhile in Saudi Arabia on Sunday, Trump met with Bahrain’s king, stressing relations between the two countries would improve after “a little strain,” Reuters reported.

Trump’s administration is currently pursuing a multi-billion dollar sale of F-16s and similar equipment that was held up by the Obama administration due to human rights concerns.