52nd Fighter Wing to provide aid to aircraft in Gulf 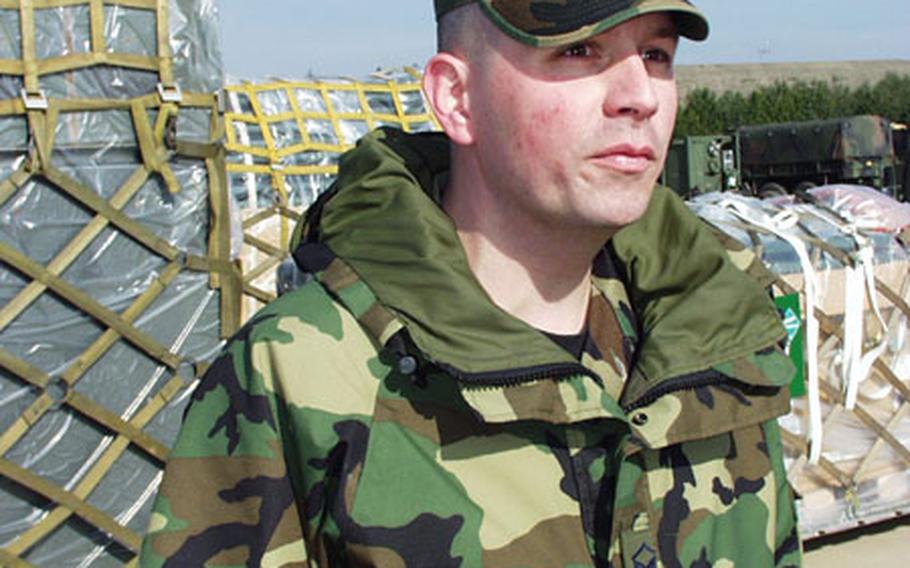 Master Sgt. Patrick Wilson of the 606th Air Control Squadron stands in front of pallets awaiting transport when the unit ships out to the Middle East this week. (Marni McEntee / S&S)

Master Sgt. Patrick Wilson of the 606th Air Control Squadron stands in front of pallets awaiting transport when the unit ships out to the Middle East this week. (Marni McEntee / S&S) 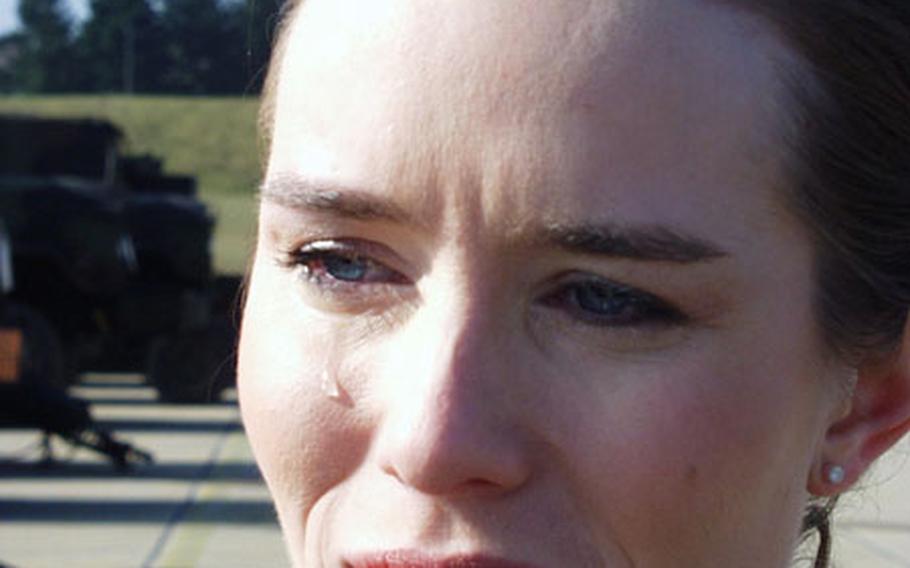 Senior Airman Jessica Mashburn of the 606th Air Control Squadron talks about the departure of her husband, Staff Sgt. Gary Mashburn, also of the 606th. Jessica Mashburn, who said cold winds caused her eyes to tear, will stay behind when 150 squadron members ship out this week to the Persian Gulf region. (Marni McEntee / S&S)

SPANGDAHLEM AIR BASE, Germany &#8212; As the military moves toward a war with Iraq, about 150 airmen from the 52nd Fighter Wing prepared Tuesday to deploy to the Persian Gulf.

The squadron is ready to set up in austere conditions to guide aircraft and assist in air-refueling operations, Fischer said. It brings its own security contingent, and means to prepare food and other necessities.

The unit will orchestrate communications between pilots and commanders on the ground, while guiding aircraft via radar from its mobile command post.

Leaders won&#8217;t specify the unit&#8217;s exact destination, saying only that it is in the Central Command&#8217;s area of operations. Centcom extends from Europe to the Middle East and parts of Africa.

The timing of the deployment, just a day after President Bush&#8217;s ultimatum to Saddam Hussein that the Iraqi leader leave the nation or face war, has brought home to the airmen the danger they may face, said Wilson, 35, said.

Wilson is leaving a 1-year-old son and 7-year-old daughter at home with his wife. Although he deployed during Operation Allied Force in the former Yugoslavia and during Operation Southern Watch in the Middle East, Wilson said deploying is never easy.

&#8220;You run the emotional gamut from being sad to leave your family to being nervous about the danger to being excited about being part of it,&#8221; he said.

Much of Wilson&#8217;s last few days &#8212; along with spending time with his family &#8212; have been spent talking with younger airmen about their fears over heading toward an uncertain fate, he said.

Senior Airman Jessica Mashburn, 26, a 606th satellite and wide-band communications specialist, said her husband, Staff Sgt. Gary Mashburn, 29, will be leaving her behind when he goes with the unit.

She worries about the danger of chemical weapons attacks and other clashes with the enemy that her husband, who has the same job as she, might face.

The 606th has a good deal of experience in the Middle East. It has deployed twice to Ali Al Salem air base, Kuwait, in support of Operation Southern Watch in 2000, and OSW and Operation Enduring Freedom in 2001-2002.

Its members have controlled aircraft launched on bombing runs against Iraqi planes that violated the no-fly zone. In 2000, the unit tracked more than 3,500 allied aircraft and controlled more than 2,400 air-refueling operations.

In the second deployment, the unit controlled more than 1,600 allied aircraft and performed refueling control for more than 1,000 aircraft.

Mashburn said she knows her husband can do his job well. But she realizes that war brings a frightening uncertainty to their lives.