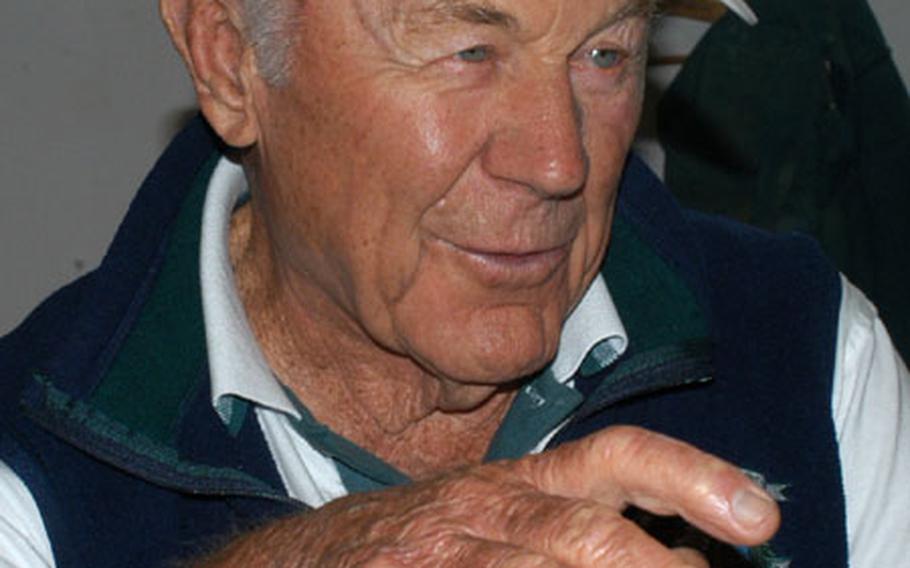 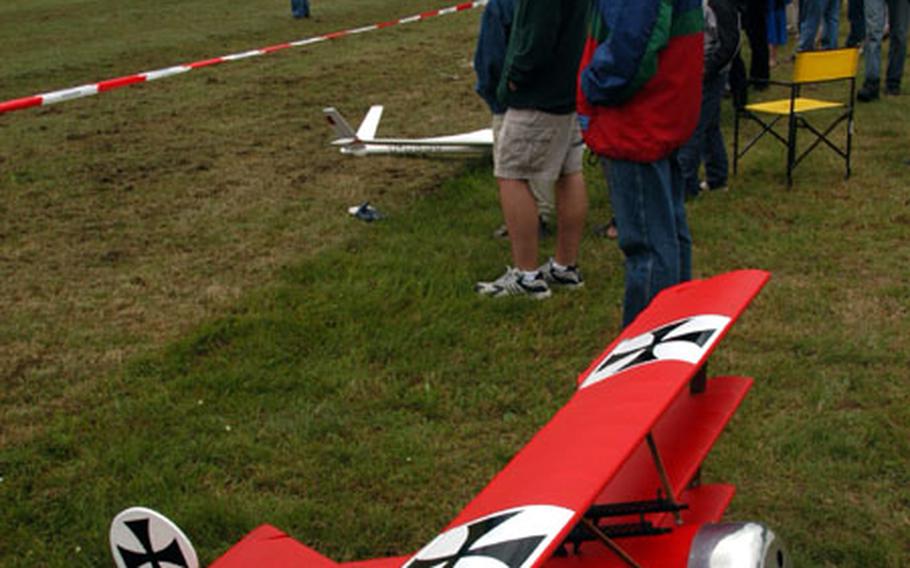 TRABEN-TRARBACH, Germany &#8212; Hundreds of people and dozens of planes descended on the Mont Royal Airfield Saturday to celebrate the 50th anniversary of the Traben-Trarbach German-American Soaring Club.

Seven years after he broke the sound barrier in 1947 and while serving as squadron commander at the former Hahn Air Base, Yeager christened the club&#8217;s first glider in 1954.

Yeager reunited with some of the flying and hunting friends he made 50 years ago this week.

He encourages airmen to get the full flavor of their host nation by getting off base whenever possible.

Yeager&#8217;s visit was a special bonus for Air Force Staff Sgt. Mike Finefrock, who tries to attend all the air shows he can, especially when they involve aerobatic demonstrations.

Other air show attendees, such as Fred Mirgle, returned to the airfield for the first time in decades. From 1964-1967, Mirgle was stationed at Hahn&#8217;s 38th Tactical Missile Wing and joined the club soon after he arrived in Germany.

&#8220;Three days after I arrived in Germany, I found out about [the club] and came up and spent most of my time up here when I had free time,&#8221; said Mirgle, who had developed an interest in flying from his father, a World War II instructor pilot and commercial pilot after the war.

As a member of the Traben-Trarbach soaring club, Mirgle learned how to fly gliders, performed aircraft maintenance and even mowed the 750-meter long grass runway.

Those early experiences in aviation were not wasted on Mirgle &#8212; he is now the director of the aviation maintenance technology and a professor emeritus at Embry-Riddle Aeronautical University in Daytona Beach, Fla.

One of only six still flying, the Tante Ju took off from Hahn and flew over Mont Royal Airfield Saturday afternoon.

As the plane came into sight, with Yeager on board, a hush came over the crowd as they witnessed the aluminum piece of aviation history.

The soaring club hopes the weekend show &#8212; the biggest the club has had in 25 years &#8212; will rekindle a mutual love of flying between Germans and Americans, said Uwe Ramerth, air show announcer.