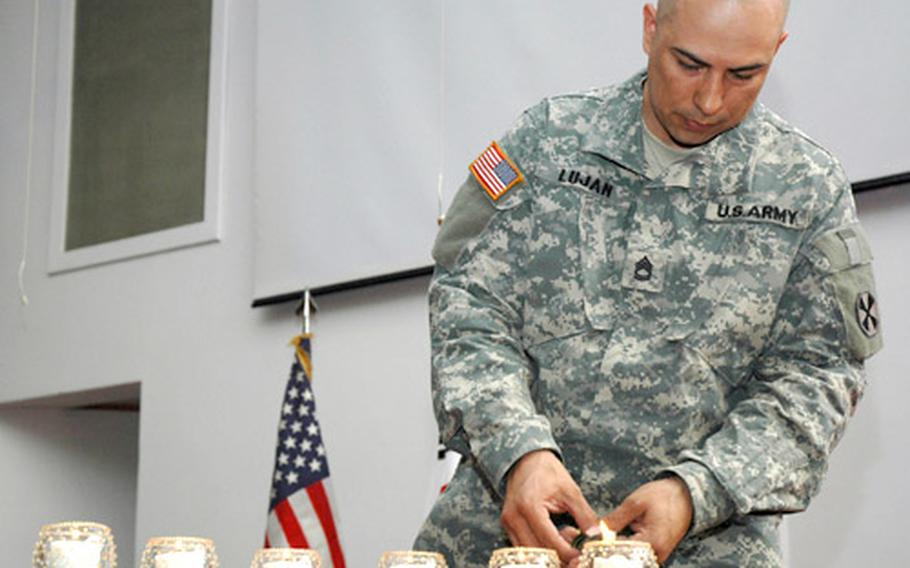 Candles are lit Tuesday morning as part of the Days of Remembrance, which commemorates the victims of the Holocaust. The 501st Military Intelligence Brigade hosted a 90-minute memorial program at South Post Chapel. (Teri Weaver / S&S)

Candles are lit Tuesday morning as part of the Days of Remembrance, which commemorates the victims of the Holocaust. The 501st Military Intelligence Brigade hosted a 90-minute memorial program at South Post Chapel. (Teri Weaver / S&S) 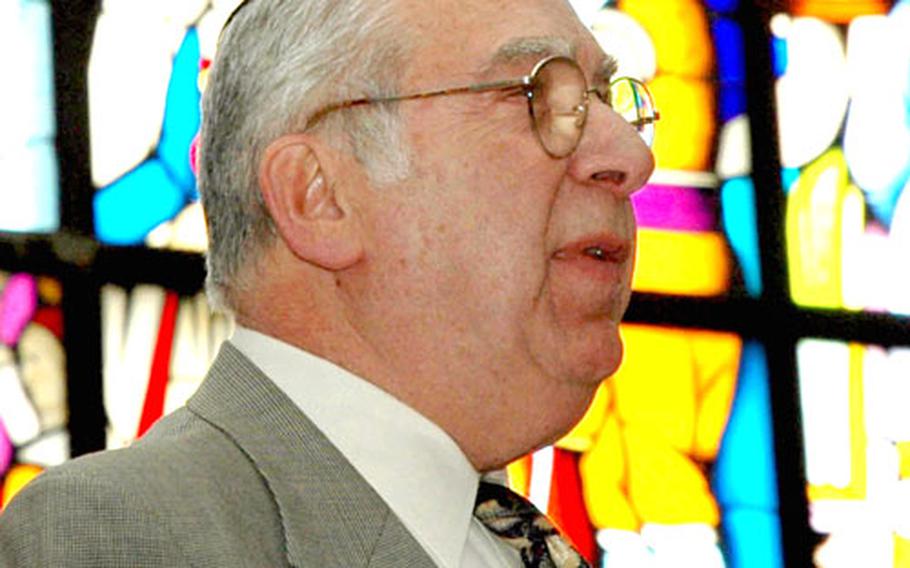 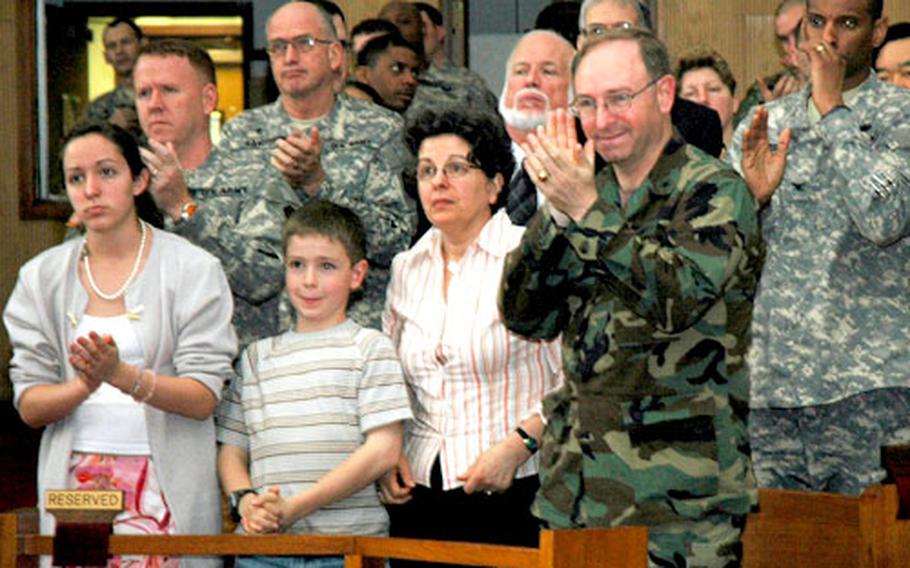 His parents, he also remembered, were not as happy. The leaflets brought a new rule from Nazi Germany to Austria that limited the jobs, schooling and social freedoms of Jewish people. Soon, his father was working at a labor camp and his first-grade class and all schooling were canceled.

Lapp and his family escaped Austria in 1940 and emigrated to America. He became an ordained rabbi, joined the U.S. Army and retired as a colonel after 25 years in 1982. He&#8217;s currently director of the JWB-Jewish Chaplains Council and an adviser to the Armed Forces Chaplains Board, Chiefs of Chaplains and the Defense Department.

On Tuesday, the 501st Military Intelligence Brigade hosted Days of Remembrance, a ceremony in the midst of a week Congress set aside to remember the Holocaust. This year, the week runs April 23-30.

During the ceremony, servicemembers read poetry and the 8th U.S. Army Band played a hymn sung by Holocaust victims as they faced gas chambers. Several members of the Yongsan community read biographies of Jewish people who persevered or perished in Europe in the late 1930s through World War II. Each began his or her story with an identification number: &#8220;I was 21085,&#8221; one person read. &#8220;I was born in Czechoslovakia.&#8221;

Lapp also gave a brief history of how the National Socialist German Workers Party, or Nazi Party, rose to power in Germany.

World War I had stripped Germany of its military power and hamstrung its economy, Lapp said. During the early years after the war, Germany&#8217;s two ruling political parties were polar opposites, leaving room for a third party, the Nazis, to gain strength by promising to break the stalemates and create jobs, he said.

Adolf Hitler&#8217;s military campaigns and Germany&#8217;s rules against Jewish people spread, Lapp said. Still, many Jews, like Lapp and his family, stayed despite the growing oppression.

Now Lapp said he thinks those same things when he hears stories of genocide and murder coming from other places, such as Rwanda and Darfur.