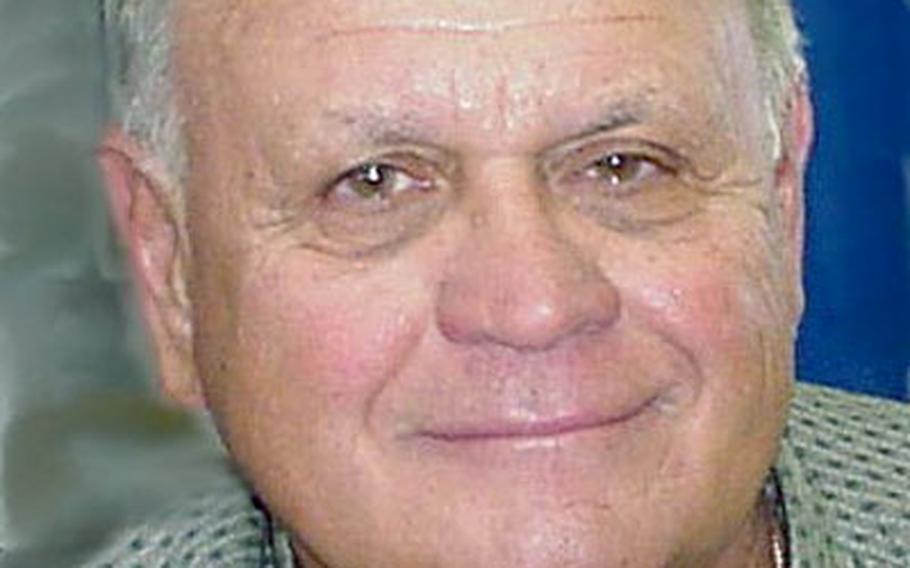 John E. Novinsky could have spent his time walking the beach, reading books and traveling. But he was a teacher to the end, which came tragically.

Novinsky, a Korean War veteran who taught in Department of Defense Dependents Schools for 50 years, died Monday afternoon in a head-on car crash near Rota, Spain. He was 74.

&#8220;Dr. No,&#8221; as many called him, was making the 300-mile drive back from Almeria after visiting his ailing wife, Gloria, when he crashed in Jerez de la Frontera, just a few miles short of his destination.

&#8220;He was driving back from there to report for work the next day,&#8221; said Thomas Birch, a fellow teacher at David G. Farragut High School in Rota.

Birch and the Rota principal, E.B. Stafford, said they had no further information on what caused the accident.

Novinsky, who held a doctorate in education, taught with DODDS in Seville, Madrid and Zaragoza, Spain; Munich, Germany; Naples, Italy; England and Bahrain.

&#8220;He just loved teaching, loved kids and loved coming to work. I never heard him complain about a kid a single time.

Novinsky taught math and health to seventh-graders at Rota and was also a science teacher for much of his career.

Birch said that while in Bahrain, where he taught courses in English as a second language, two French eighth-graders complained that some of the American teachers talked too fast and were hard to understand.

&#8220;I was surprised at that. He was more of a traditional, professorial teacher. Nowadays, teachers try to be more interactive.&#8221;

Novinsky, who is also survived by a son, Victor, was honored Thursday in a memorial service in the school gymnasium. Bible readings were given and the hymn, &#8220;Dona Pobis Pacem&#8221; (&#8220;Give Us Peace&#8221;) was sung. His wife asked that donations be made to charities that benefit the physically handicapped.