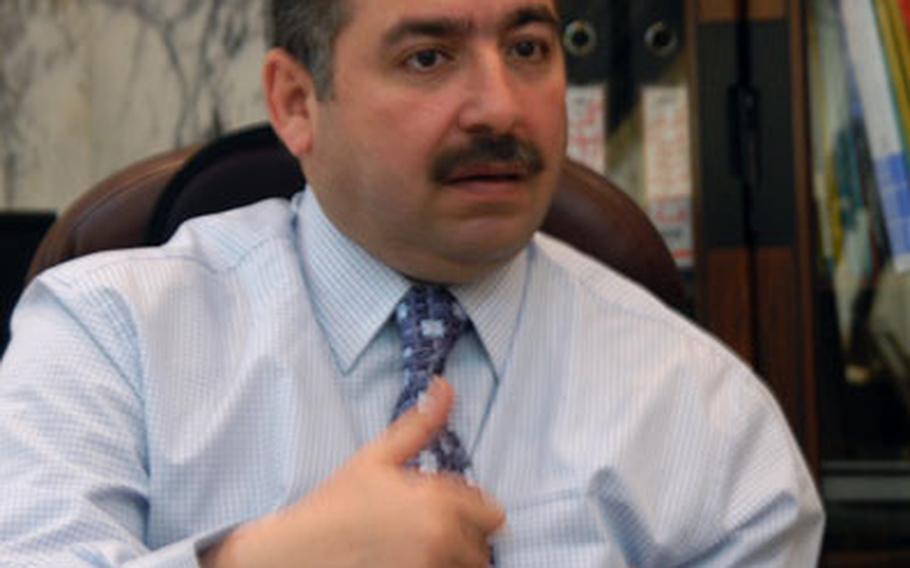 BAGHDAD &#8212; Iraqi authorities have detained five men suspected of helping orchestrate bombings of a Shiite mosque in Samarra in 2006 and 2007, according to the general director of the Iraqi Police&#8217;s Criminal Investigation Department.

Maj. Gen. Dhaya Hussein Al-Kanany said the Iraqi police and army, acting on information from local citizens, made the arrests early last Thursday during a joint raid in Samarra. They apprehended the alleged ringleader of the bombings and also found items taken from the mosque, he added.

He wouldn&#8217;t identify the suspects but said they confessed to being members of al-Qaida in Iraq.

The first bombing, which occurred in February 2006, destroyed the Askariya mosque&#8217;s famed Golden Dome. No one died but the incident angered Shiite Muslims and triggered a wave of retaliatory killings aimed at Sunnis. The bombing is widely marked as the beginning of a wave of sectarian violence that raged for much of 2006.

&#8220;They used the bombings as a mechanism to discredit the coalition,&#8221; said Maj. Pete Reyman, the 18th Military Police Brigade&#8217;s officer in charge of police transition teams working with Iraq&#8217;s CID.

The famed golden dome was destroyed in the first bombing and the twin minarets were badly damaged. The second toppled what was left. The Askariya shrine, which was built in the 10th century, contained the tombs of two revered Shiite imams and is regarded as one of the four most important places of worship in Iraq.

Ancient rugs, worship coins, items made of gold and bronze, and currency were among the stolen artifacts seized by Iraqi authorities, Al-Kanany said. They also discovered a sword, dagger and 1,300-year-old metal vest that belonged to an imam.

He said information being obtained in interrogations would likely lead to the arrests of others linked to the bombings.

Al-Kanany offered no more details about the arrests. Al Iraqiya TV, citing an Iraqi commander in Samarra, named one of the men arrested as Mahmud al-Dahwi, who was described as &#8220;the mastermind&#8221; of the bombings.