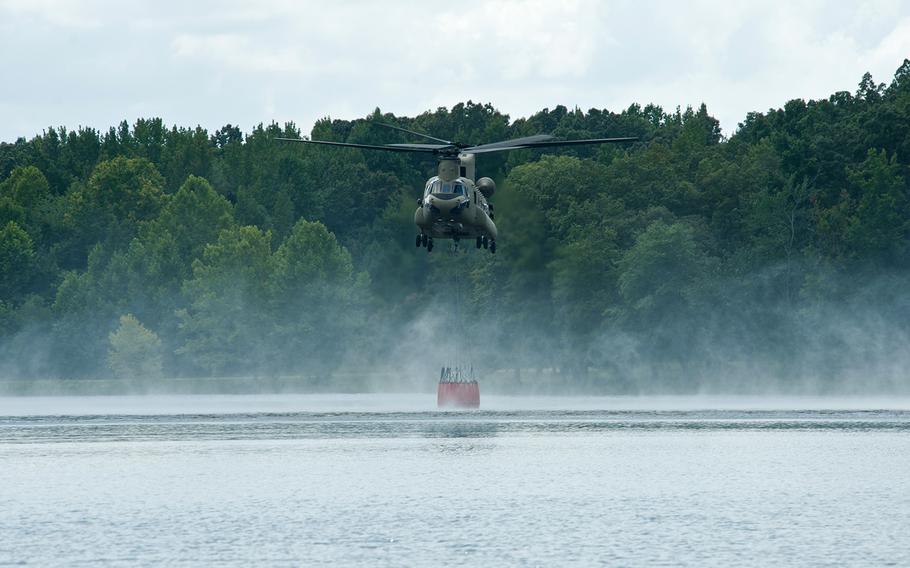 SAN ANTONIO -- Five soldiers assigned to the 160th Special Operations Aviation Regiment were injured Wednesday after the Chinook helicopter that they were aboard made a hard landing during late-night training at Fort Campbell in Kentucky, according to an Army news release.

The injured soldiers were transported to medical facilities following the incident, which happened at about 10:30 p.m. Two soldiers were in stable condition at Vanderbilt University Medical Center, said Capt. Eric Hudson, a spokesman for 160th SOAR. The three other soldiers were treated on Fort Campbell and released, he said.

The tandem-rotor Chinook is a workhorse for the 160th SOAR and other aviation units. It is primarily used to insert and extract troops in combat and fly resupply missions, including for special operations soldiers.

The cause of the hard landing, which Hudson said occurred during a routine training exercise, is under investigation. He declined Thursday to specify what kind of training was being conducted or the condition and the specific model of the Chinook helicopter.

However, hard landings are known to occur for various reasons.

High humidity can also produce low cloud ceilings, forcing the pilots to fly closer to the ground, which reduces pilot reaction time while increasing the chance of running into obstacles. This is especially a problem at night, Wellman said, who served as the executive officer of 6-101 Aviation Regiment at Fort Campbell in 2006.

“Flying with night-vision goggles is not a perfect science,” Wellman said Thursday. “You’ve got a limited depth of field. It’s not hard to imagine a pilot misjudging distance to the ground.”

The Fort Campbell area has some imposing terrain for aviators, including wetlands, lakes, low-lying ground and dense woods, he said.

Military aviation is dangerous, even outside of wartime operations.

Twelve helicopter crashes in 2015 killed 30 servicemembers, which was three times as many deaths as in 2014. The majority of those deaths occurred during training, Stars and Stripes reported in January.

Helicopters like the Blackhawk are designed to absorb the shock of a hard landing by redistributing the force around the crew, Wellman said.

“The aircraft did its job if all five of them survived,” he said of the Wednesday incident.