$4M temporary school to open at Grafenwöhr in August 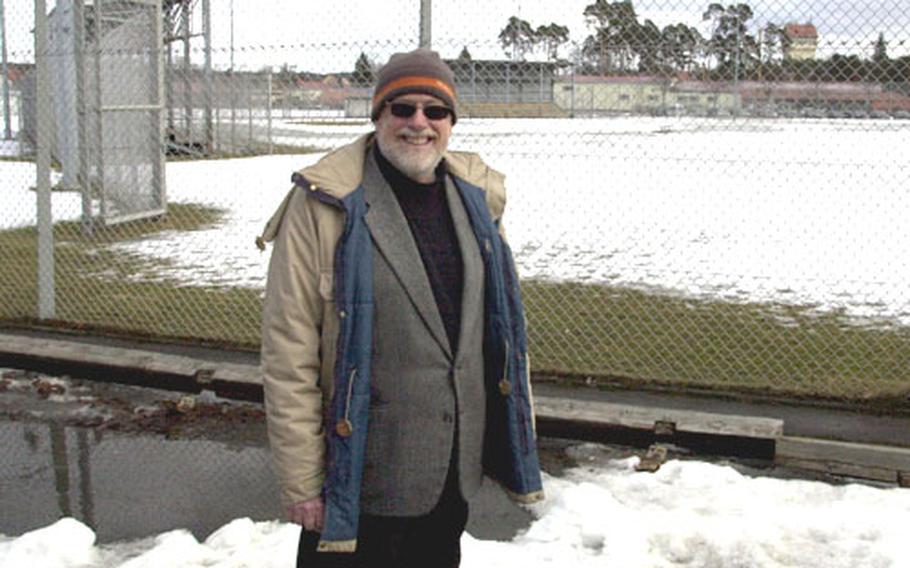 Steve Vojtecky, DODDS liaison officer for Grafenwöhr and Vilseck, Germany, stands at the softball field where a temporary middle school will be built in Grafenwöhr. (Seth Robson / S&S)

Army and Department of Defense Dependents Schools officials told about 55 parents of children from Grafenw&#246;hr and nearby Vilseck about the decision to build the school at a meeting here Thursday night.

Grafenw&#246;hr Garrison&#8217;s commander, Col. Brian Boyle, said the school would include 31 classrooms in six prefabricated classroom blocks built on one of three softball fields near the post&#8217;s headquarters building. Another five classrooms could be added if needed, he said.

The school will have a separate, wooden indoor gymnasium and a cafeteria located in what used to be Grafenw&#246;hr&#8217;s food court.

Children also will have access to two more softball fields for outdoor activities. The fields have been replaced by adult softball facilities next to the new Grafenw&#246;hr Fitness Center, due to open later this month, Boyle said.

DODDS-Bavaria assistant superintendent Mike Thompson said the new school would have 37 staff members. Many of the teachers would come from Vilseck Middle/High School, which will stop catering to middle-schoolers when the temporary school opens, he said.

Other teachers were likely to move to Grafenw&#246;hr from W&#252;rzburg, where DODDS schools are downsizing as the U.S. draws down forces there, he said.

The goal is to use the temporary school through the first semester of 2008 and the second semester at the new school at Netzaberg, Boyle said.

When the temporary school opens, Vilseck Elementary School will stop catering to sixth-graders and Vilseck Middle/High School will become a high school only, he said.

Steve Vojtecky, DODDS liaison officer for Grafenw&#246;hr and Vilseck, said the garrison will see an influx of pupils with the arrival of the 2nd Cavalry (Stryker) Regiment to Vilseck over summer and another brigade-size component of other units to Grafenw&#246;hr over the next few years.

Eventually, the Vilseck High school will have between 575 to 600 students from ninth through 12 grades &#8212; a similar number to what it had when it was a middle/high school catering to grades seven through 12. Vilseck Elementary School is expected to have 790 pupils by fall after the 2nd Cavalry (Stryker) Brigade arrives, he said.