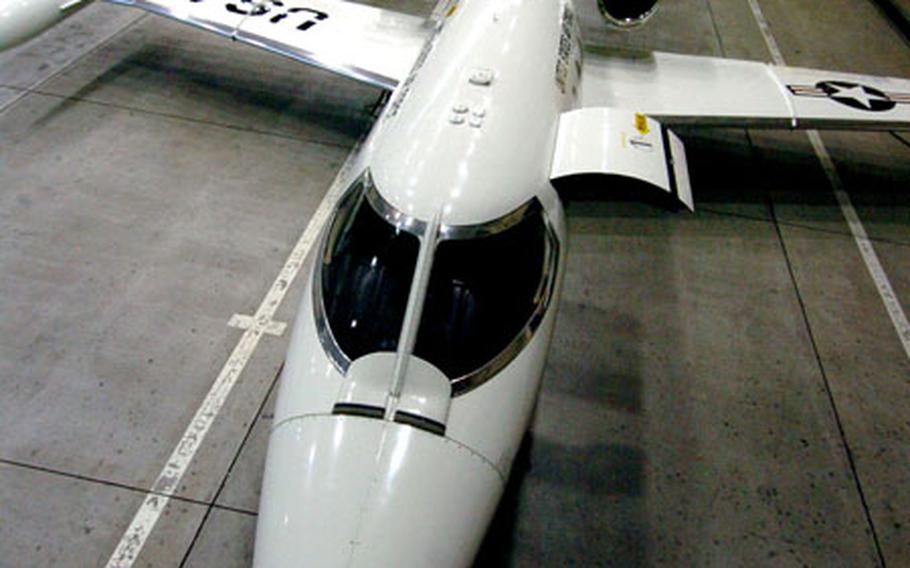 YOKOTA AIR BASE, Japan &#8212; For a unit that never deploys, the relief effort to South Asia after the Dec. 26 tsunamis turned into a 45-day expedition and added members of the 459th Airlift Squadron to the pages of history.

The final aircraft and crew returned to Yokota last week after one of its most unique missions.

The squadron of 40 is itself unique in several ways.

It may be the only Air Force squadron that includes not just two types of aircraft but two completely different platforms: UH-1 Huey helicopters and C-21 airplanes.

Except, that is, during one of the largest relief missions in history.

Squadron personnel were more than a little surprised to get their deployment orders over the holiday break.

Helicopter pilot Capt. Joshua Hampton came home from leave and found he was leaving for Indonesia the next day.

It made sense: he lived in Indonesia for nine years and speaks the language.

He served as a liaison for the Air Forces Forward commander. He also translated for Navy corpsmen flying into remote areas and worked with the Indonesian military.

The pilots encountered many surprises on the trip.

Instead of flying into secure, safe and well-established airstrips in Japan and South Korea, they arrived in Indonesia, Malaysia and Sri Lanka not completely sure what to expect.

Pilots had maps and charts faxed to them so they could tell where they were going.

They communicated with air traffic control and the rear using satellite phones and relied on calls to Hawaii for local weather reports.

Maj. Rich Ficken, assistant director of operations, was the first to fly into the region.

The chaos taxed the resources of the few people there; the airstrip went from a few flights a day before the disaster to hundreds of planes after.

The backup left many aircraft waiting in holding patterns. Larger planes with more fuel could wait, but a tiny C-21 can only fly so far and long.

Despite rigorous flying schedules, the 20-year-old planes had no mechanical problems.

Besides those who traveled to South Asia, others prepared in case the squadron&#8217;s helicopters were called for.

And the squadron continued its mission in Japan.