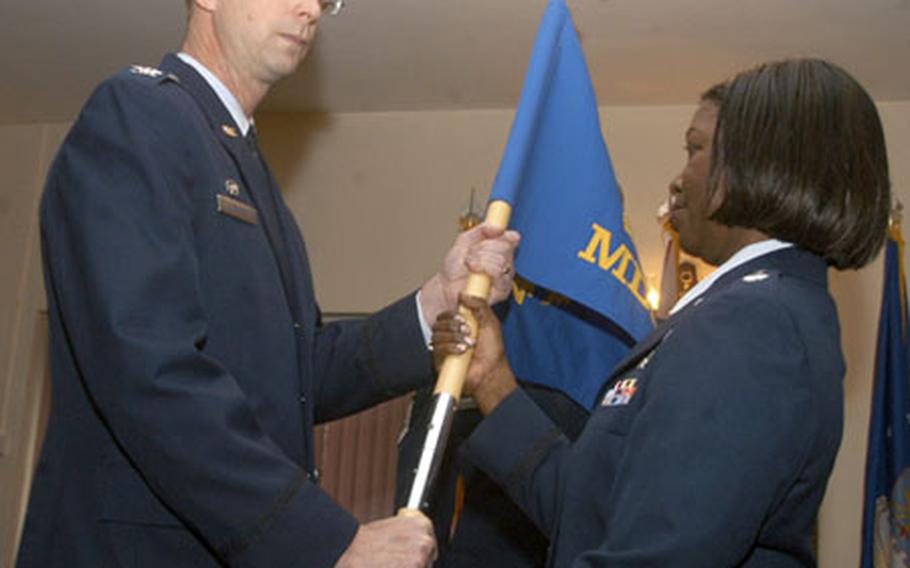 RAF ALCONBURY, England &#8212; The 423rd Air Base Group added a new medical squadron to its ranks as part of an assumption of command ceremony Tuesday at the consolidated club here.

The 423rd Medical Squadron does not add any new capabilities or services to roughly 2,500 Tricare recipients in its coverage area, which includes RAFs Alconbury, Molesworth and Upwood, but it places the authority over the dental, medical operations and medical support flights with a squadron commander.

&#8220;I know my command will be challenging, but I feel confident that it will be very rewarding and I will be a blessing to all of you. But most of all, I feel that my leadership and being assertive to you will pay off in the long run,&#8221; Stewart said in front of a small crowd and a formation of troops from the new squadron.

Col. Jack L. Jones, 423rd Air Base Group commander, as well as the 501st Combat Support Wing commander, Col. Blake Lindner, helped initiate the squadron because of the amount of responsibility needed at RAF Upwood, where the medical flights are stationed.