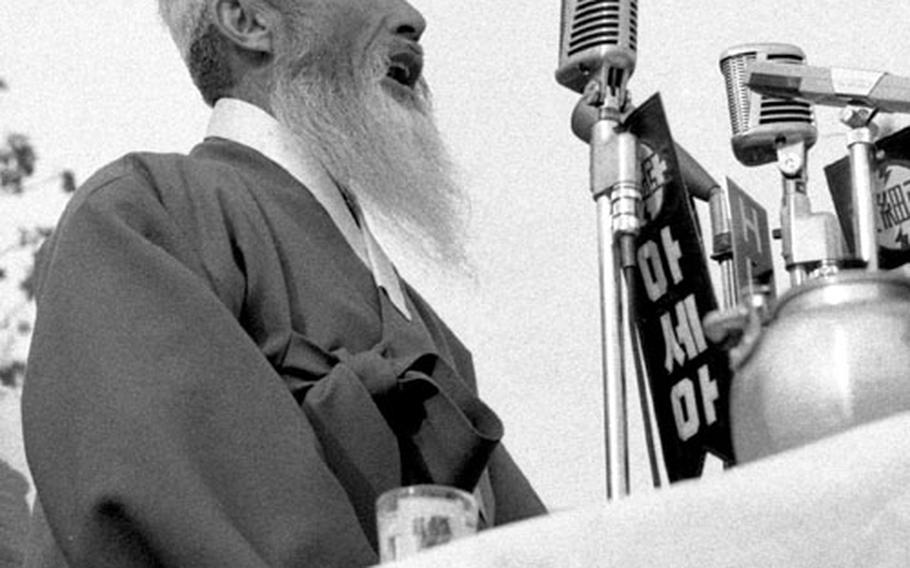 Buy Photo
Sok Hon Ham, a philosopher regarded by some as "the Gandhi of Korea," speaks at a rally held in opposition to the government's normalization negotiations with Japan. (K.P. Hong/Stars and Stripes) 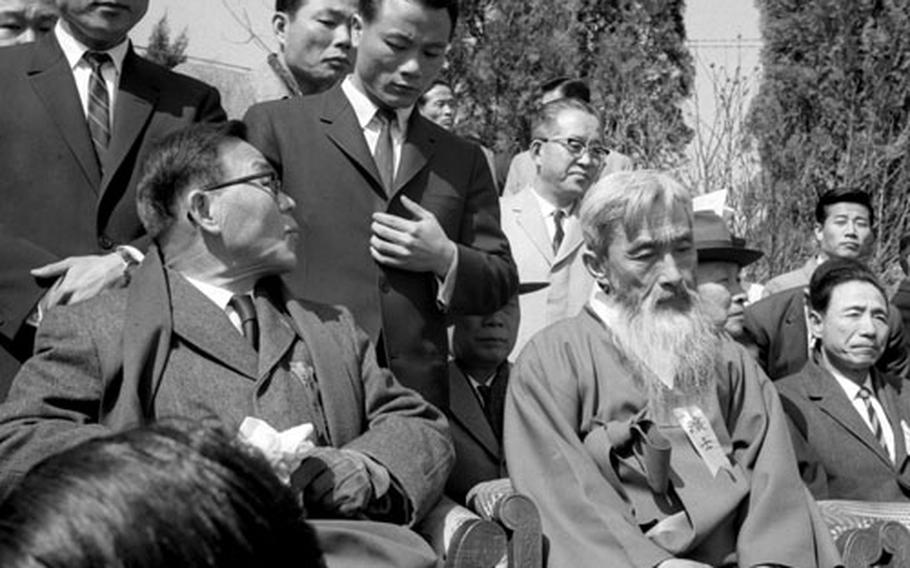 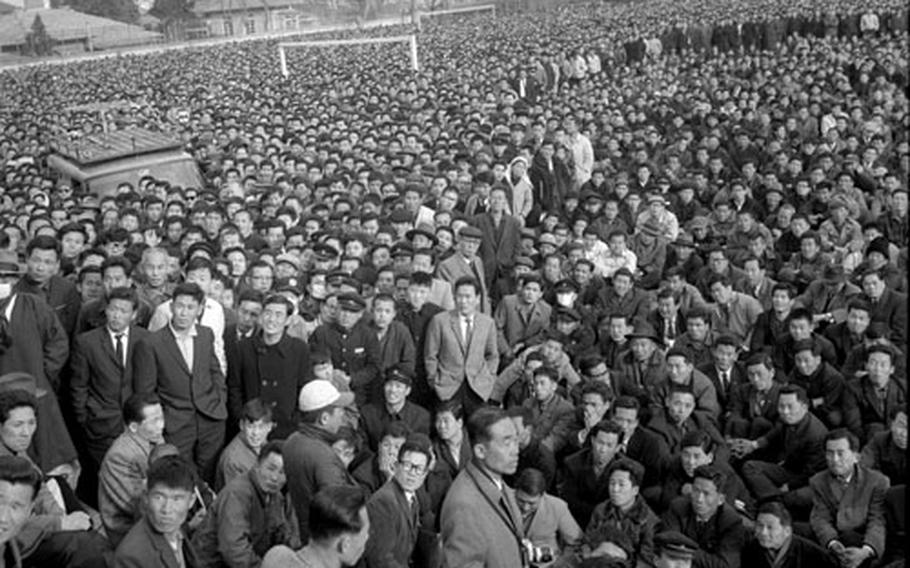 Buy Photo
A crowd of 40,000 attended the rally at Seoul High School. (K.P. Hong/Stars and Stripes)

SEOUL —Some 400 youths demonstrating against what they called the Republic of Korea government's "sell-out" talks with Japan clashed with riot police Saturday near the capitol.

Twenty-seven demonstrators were arrested and 19 were released after questioning.

Ex-president Po Sun Yun, leader of the opposition Civil Rule Party, urged "all patriotic countrymen to rise up." He said, We can do without Japan's money .. if we have good government and make better use of American aid."

The 400 demonstrators left the campus after the rally and marched toward the capitol before they were halted by club-swinging police.

No injuries were reported in the hour-long melee.

Meanwhile in Tokyo, Associated Press reported the chairman of the ROK's ruling Republican-Democratic Party Saturday began a round of talks with Japanese leaders to bolster the diplomatic normalization negotiations.

The meeting reportedly covered not only the current fishery dispute, but overall problems involved in te normalization talks, AP said.

It was also reported in Tokyo that Prime Minister Ikeda would talk with Kim. Ikeda earlier had said he planned no such meeting.