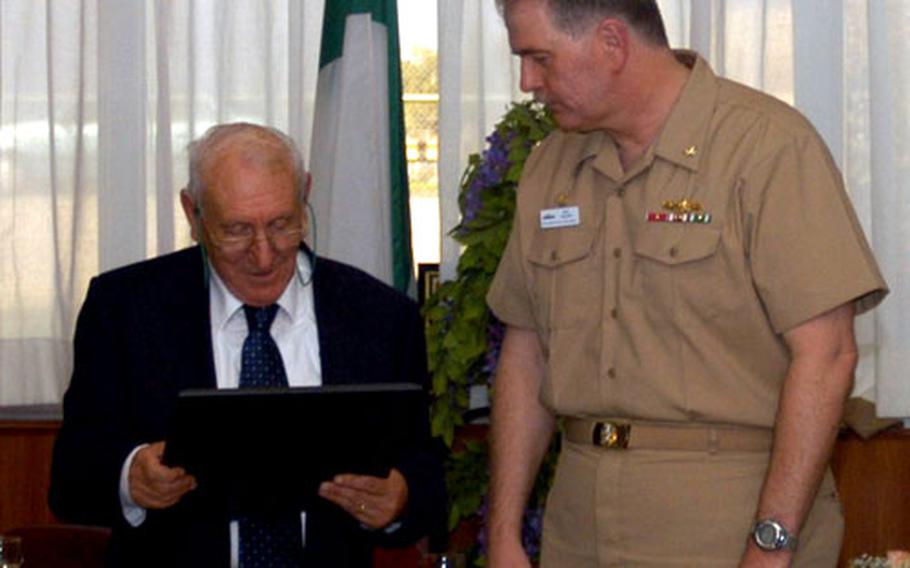 Retirement is for the birds &#8212; quite literally for one man leaving his job at Naval Air Station Sigonella, Italy, after four decades of service.

&#8220;Forty years and 2 months, I think I deserve to retire,&#8221; quipped 65-year-old Sam Barbagallo during a telephone interview Wednesday. From his office job at the U.S. Navy base on the island of Sicily, he next will tend to chickens.

&#8220;I want to spend more time with the family, and my brother, who has a chicken farm. I plan to take care of the chickens,&#8221; said the man who makes his home in Viagrande, a small town in the shadow of the volcano Mount Etna.

He was one of roughly 60 local nationals working on base when he started, and has watched as that figure jumped to nearly 900 today, including two of his children, he said.

Besides farming fowl, Barbagallo plans to travel &#8212; especially to see family in Australia.

His departure, and the historical knowledge he takes with him, leave &#8220;a big void&#8221; at the naval air station, which has &#8220;grown up&#8221; during Barbagallo&#8217;s tenure, said Cmdr. Phillip Allison, executive officer of the Fleet Industrial Supply Center, and Barbagallo&#8217;s immediate supervisor.