4 US servicemembers arrested over the weekend on Okinawa 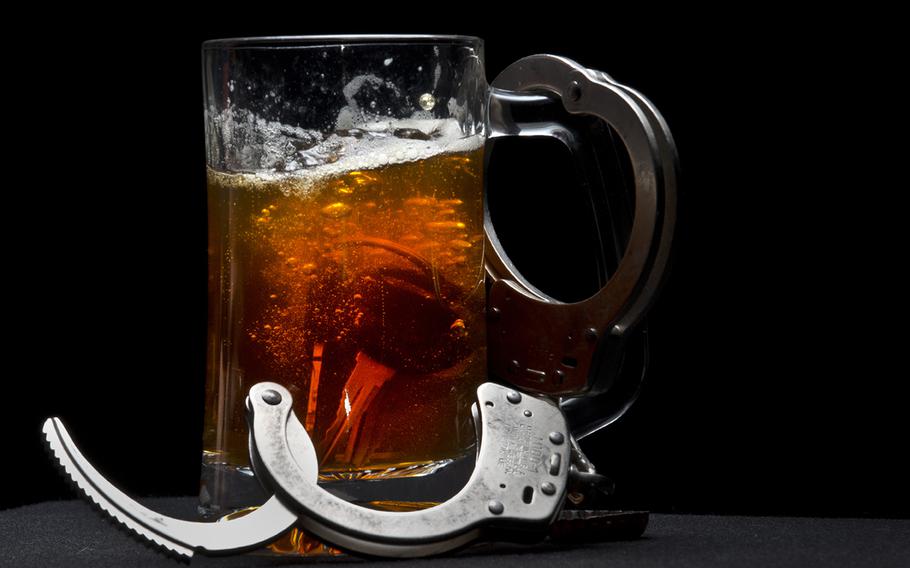 CAMP FOSTER, Okinawa — Four arrests — two on drunken-driving charges — mark the most over a single weekend for servicemembers on Okinawa since a string of alcohol-fueled incidents last year inspired protests and efforts to combat the problem.

A sailor and soldier each face charges in separate drunken-driving incidents from Saturday and Sunday. A Marine sergeant was arrested Saturday and charged with stealing a smartphone at a massage parlor. Also that day, a Marine major was detained at Naha Airport after leaving ammunition in his luggage.

The arrests caught the eye of prefectural officials who swiftly condemned the alleged actions.

“It is deplorable that the spate of incidents involving [status of forces agreement] people occurred over the weekend,” said a spokesman for the Okinawa prefectural government’s Military Affairs Office. “We cannot help but question the effectiveness of measures taken by the military.”

“We expect our people to adhere to the highest standards of behavior,” a statement said. “Rates of criminal misbehavior across Japan are near historic lows and we constantly work to maintain the high level of discipline expected of us.”

In December, leaders from each service branch on the island signed a proclamation urging military commanders and civilian supervisors to promote awareness of why people drive impaired, support programs and policies to reduce the problem, and promote healthier and safer activities.

Of the approximately 100,000 U.S. servicemembers, family members and Defense Department civilian workers living in Japan, about half are stationed on Okinawa.

Incidents have created tensions for decades among residents on the small Pacific Island, which military officials prize for its proximity to potential flashpoints in the region.

Tens of thousands of people turned out last summer for demonstrations sparked by incidents involving U.S. forces, including the alcohol-fueled rape of a Japanese woman by a sailor and a crash involving an intoxicated Navy petty officer driving the wrong way down a highway, causing injuries to three people.