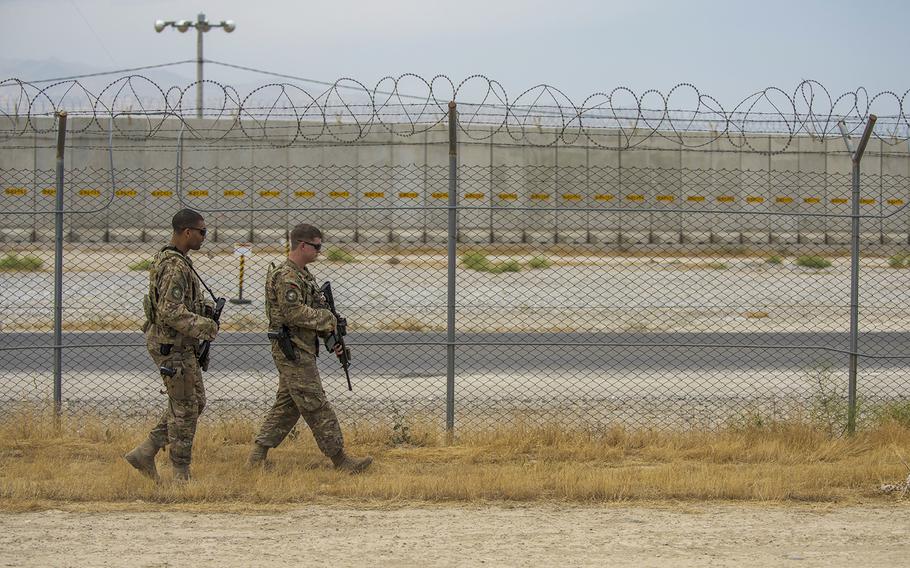 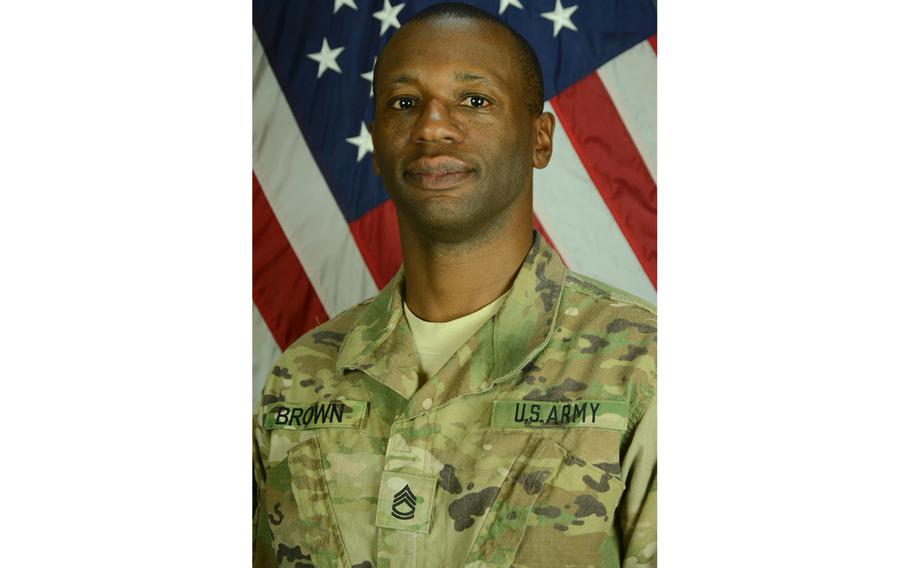 WASHINGTON – A third Army soldier has died from wounds suffered last month in a suicide attack at Bagram Air Field in Afghanistan, the Pentagon announced Wednesday.

Army Sgt. 1st Class Allan E. Brown died Tuesday at Walter Reed National Military Medical Center in Bethesda, Md., where he was transported for treatment in the days following the Nov. 12 attack inside the base’s security walls, the Defense Department said in a statement.

Brown, a senior data systems integrator, enlisted in the Army in March 2004, according to a Fort Hood statement. He was serving his fifth war-zone deployment and had previously served three tours in Iraq and another in Afghanistan.

Two other American soldiers were killed in the explosion. They were Sgt. John W. Perry, 30, of Stockton, Calif., and Pfc. Tyler R. Iubelt, 20, of Tamaroa, Ill. Both were assigned to Brown’s unit and were deployed to Afghanistan in support of Operation Freedom’s Sentinel, a U.S. training and counterterrorism mission.

Two American civilian contractors were also killed in the blast. Fifteen other American servicemembers and one Polish soldier were wounded, according to NATO.

The attack occurred as Americans on the base were starting a 5K race in honor of Veterans Day. It was the first suicide bombing inside the walls of the United States’ largest military installation in Afghanistan since American forces entered the country in 2001. Bagram, about 35 miles north of Kabul, is among the most heavily guarded facilities in the entire country.

The Taliban claimed one of their insurgents had worked on the airfield and carried out the attack after four months of planning.

Additional security measures have been implemented on the base since the attack, but U.S. and NATO officials have declined to comment on them. The United States is also reviewing its security procedures at Bagram and across Afghanistan, said Adam Stump a Defense Department spokesman.

The U.S. military launched an investigation into the deadly incident shortly after it occurred. That probe is ongoing, Stump said.