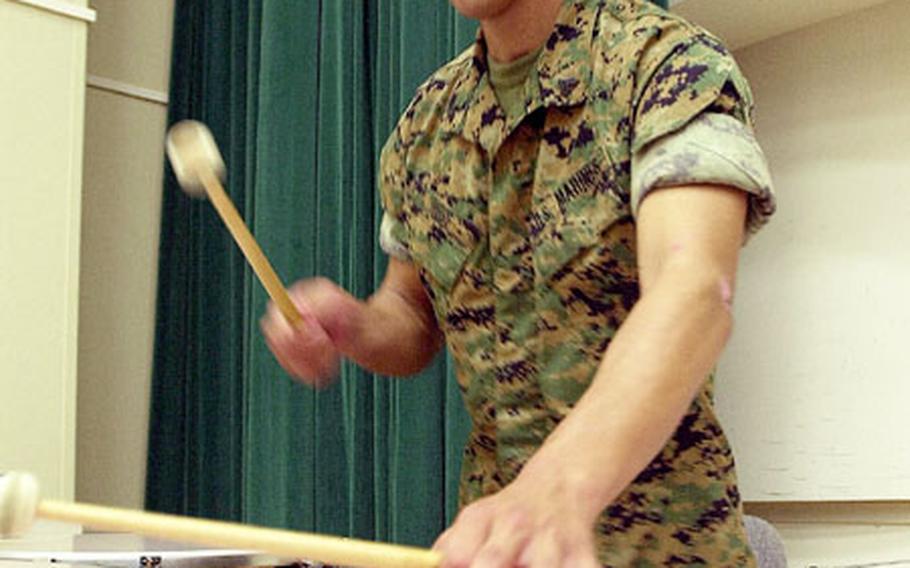 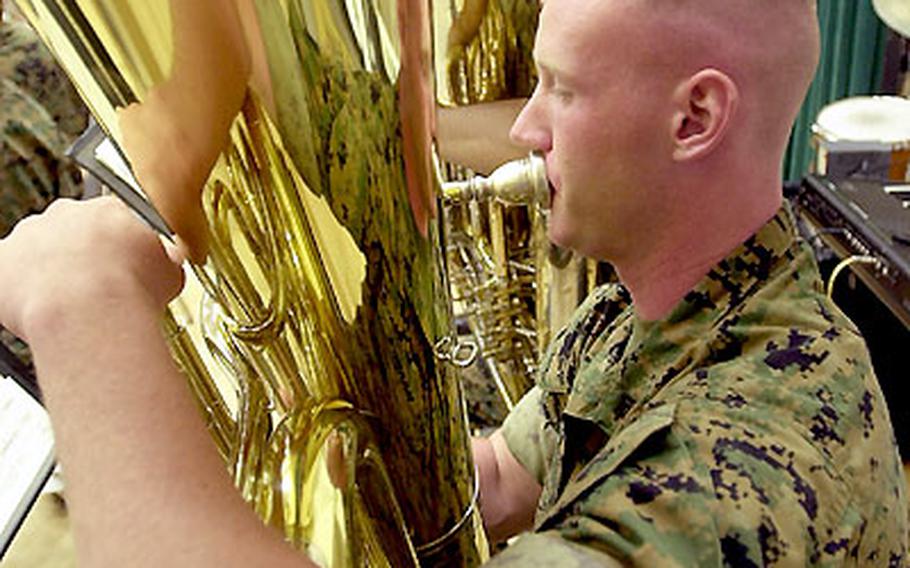 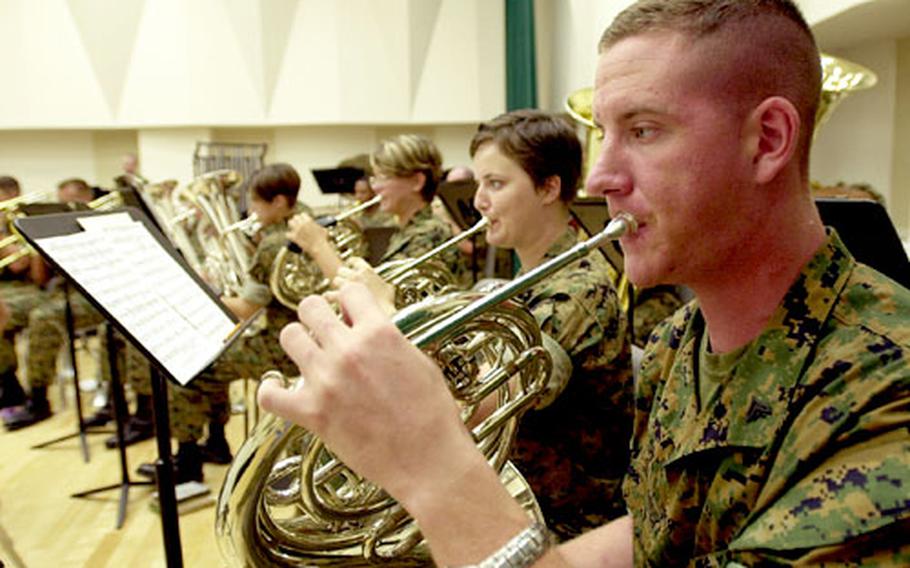 But members of the 3 Marine Expeditionary Force Band are ready to show Okinawa that Dixieland, big band and traditional concert music fit the bill just fine, too.

Band members are putting the final touches on a two-hour concert scheduled for 7 p.m. July 19 in Ginowan Convention Center.

The free annual Summer Concert will feature selections ranging from full-stage band to lively big band to Dixieland jazz. There also will be guest appearances from Okinawan performers.

&#8220;This is huge for us,&#8221; band director Warrant Officer Benjamin Bartholomew said of the upcoming concert.

&#8220;There are pretty much only two big concerts a year, Christmas and summer. &#8230; This is the one when you want to hear serious music performed live. This is what we call a heavy concert.&#8221;

But don&#8217;t think Marine band members are giving up the stage altogether.

They&#8217;ve got several selections planned to keep the crowd rolling.

Another piece selected for performance, &#8220;Ghost Train,&#8221; takes listeners on a churning train ride through the Rocky Mountains, chugging along to a heavy percussion and driving tempo, similar to that of a steaming locomotive.

Concert-goers shouldn&#8217;t be surprised if they feel the need to clap and dance to some of the tunes, said Master Sgt. Christopher Krueger, 3 MEF&#8217;s bandmaster.

Kreuger said the concert is also a chance for the band to help bridge the gap between American and Japanese cultures during a performance offering something for everyone.

Bartholomew said he hopes to see the concert hall filled to its capacity of 1,600 guests.

But band members say just performing will be enough.

The annual Summer Concert is open to the public.