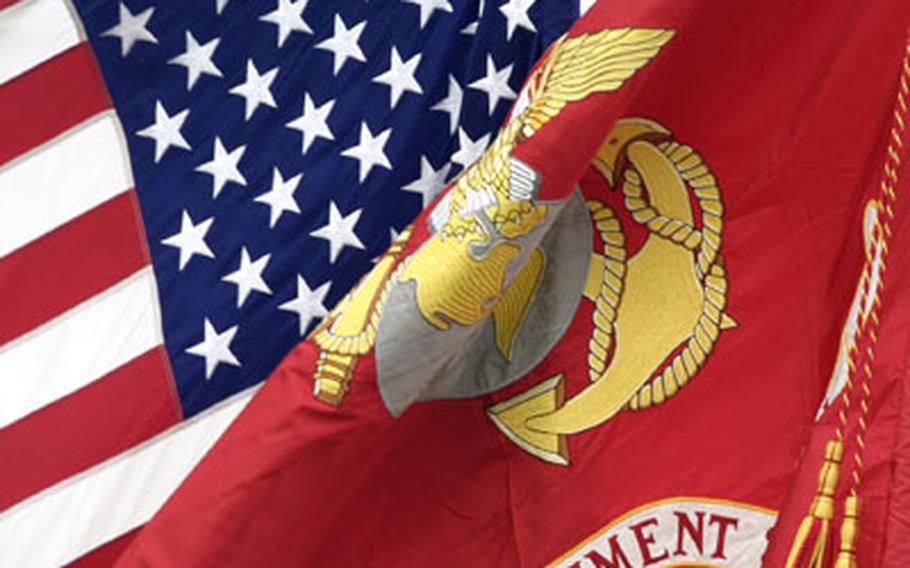 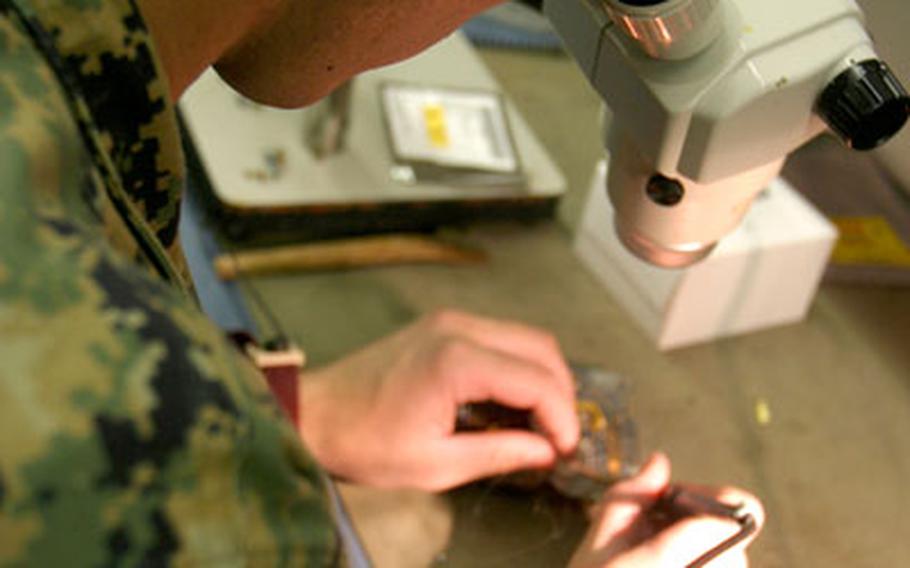 CAMP KINSER, Okinawa &#8212; The battle rages. And Marines are on the move, bringing the fight to the enemy. Supplies are low. Equipment needs fixes.

In the past, this scenario might have caused pauses in combat. Not anymore says the 3rd Marine Logistics Group.

The group, which provides all maintenance and supply support for III Marine Expeditionary Force, also has gone through a spate of name changes, starting last year when it was redesignated from 3rd Force Service Support Group to the Logistics Group. The last two battalions were renamed and reorganized as combat logistics regiments last month.

Talleri said the Corps-wide changes resulted from lessons learned in the first Gulf War and in operations Iraqi Freedom and Enduring Freedom.

The goal is to provide logistics information to warfighters on the battlefield that is more accurate, reliable and responsive, logistics leaders say.

Col. Chris Lamson, who has been leading the MLG&#8217;s reorganization, points to Combat Logistics Regiment 35&#8217;s October redesignation as an example of the new approach.

The old Materiel Readiness Battalion was a maintenance unit only, Lamson said, but CLR 35 combines supply and maintenance.

Because one commander now oversees getting a part (supply) and using it (maintenance), there are no longer any arguments among battalion commanders about parts and where they are, he said.

The more than 450-mile drive into Baghdad in the opening days of Operation Iraqi Freedom pushed Marine logistics to its limits, Ruark said. The lack of knowing where supplies were caused combat pauses because commanders had to wait for needed supplies to get to them, said Maj. Timothy Cooley, who is in charge of materiel readiness assistance for the regiment.

In 2004, then Brig. Gen. Edward G. Usher cited the lack of in-transit visibility of inventory on convoys that led to shortages and delays as one of the greatest shortfalls of Operation Iraqi Freedom in a report to the House of Representative Armed Services Committee.

One of the solutions was to implement new technologies.

The Global Combat Support System-Marine Corps, a Web-and satellite-based system for tracking supplies and vehicles on the battlefield, is the modernization&#8217;s technology centerpiece, Cooley said. The system, currently in the testing phase, will provide a single access point for all logistics data.

And then there&#8217;s the Logistics Supply Wide Area Network, a voice and data communications system that provides over-the-horizon communication on the battlefield, Cooley said.

The improved capabilities let Marines see and redirect equipment and supplies on the battlefield, Talleri said.

If, for example, a convoy loaded with ammunition is headed from Camp Fallujah to Ar Ramadi to resupply an infantry unit, but the unit moves to Al Hadithah, the tracking technology allows commanders to know where the convoy is so they can tell it to head to Al Hadithah, he said.

Ruark said the goal is to increase confidence in the system by allowing warfighters to see exactly where supply and maintenance support is.

This will eliminate another problem identified in the early days of Operation Iraqi Freedom: multiple reorders resulting from when a requester had no idea where supplies were, or when they were coming.