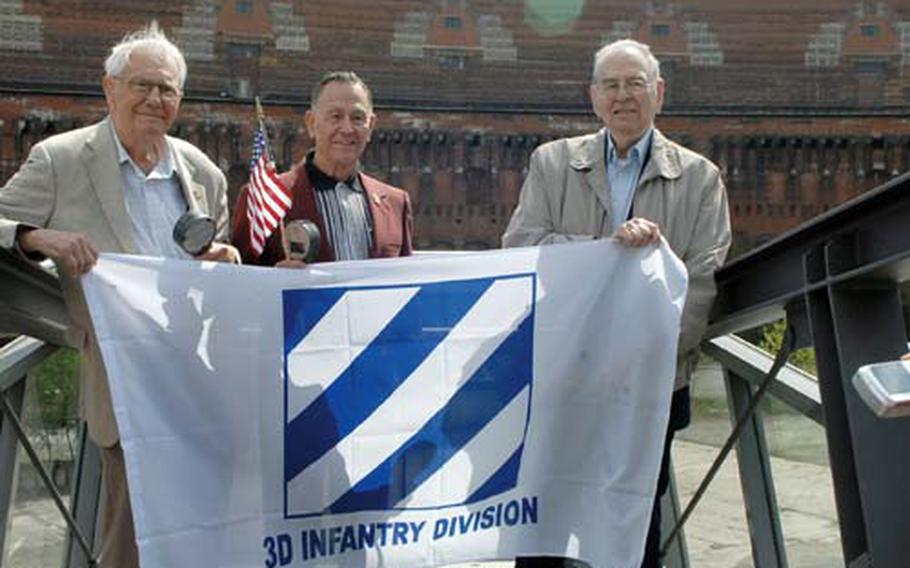 NUREMBERG, Germany &#8212; A group of 3rd Infantry Division veterans wants to set the historical record straight on the liberation from the Nazis of Berchtesgaden, site of Adolf Hitler&#8217;s Alpine retreat.

Four veterans are visiting towns and cities in France, Germany and Austria to mark the 65th anniversary of the end of World War II. The tour includes Berchtesgaden, which they say was liberated by the division in 1945.

During a visit Tuesday to one of the cities they freed from Nazi control &#8212; Nuremberg &#8212; the veterans said they were eager to correct a myth that Berchtesgaden was liberated by the 101st Airborne Division&#8217;s Easy Company. The myth has been propagated by the popular book and television miniseries "Band of Brothers."

In fact, the town &#8212; home to Hitler&#8217;s infamous Eagle&#8217;s Nest retreat &#8212; was freed from the Nazis by the 3rd ID, said Monika Stoy, a member of the Society of the 3rd Infantry Division who is traveling with the veterans. Stoy has a photograph of 3rd ID troops raising the American flag over the Obersalzberg mountain in Berchtesgaden on May 5, 1945.

Murray Simon, 84, a retiree from Maryland who served as a private first class with the 3rd ID, recalled marching into Berchtesgaden with the first American troops that month.

The Germans in Berchtesgaden surrendered without a fight and soon 3rd ID soldiers were guarding prisoners and exploring the Eagle&#8217;s Nest, he said.

"When we walked out onto the balcony and looked down, you could get illusions of grandeur," Simon recalled. "It was beautiful and the rooms were very well appointed."

French troops arrived at the Eagle&#8217;s Nest a short time later, but they were so upset about getting there after the Americans they smashed many bottles in the wine cellar, he said.

"The (101st) Airborne soldiers came there and took over after we left and we went to Salzburg (in Austria)," Simon said.

Retired Sgt. 1st Class Charles Phallen, 93, of New York, recalled 3rd ID tanks attempting to negotiate the Alps in Berchtesgaden and an incident in which one of them slid down a snowy mountainside and destroyed a cow barn.

The Army veteran, who was shot in Germany while serving with the 15th Infantry Regiment in World War II, said he was impressed with the caliber of today&#8217;s 3rd ID soldiers.

"We were called the greatest generation, but this generation, too, is important," added Simon.

The veterans will attend ceremonies commemorating the 1945 liberation in Berchtesgaden on Tuesday and Wednesday.