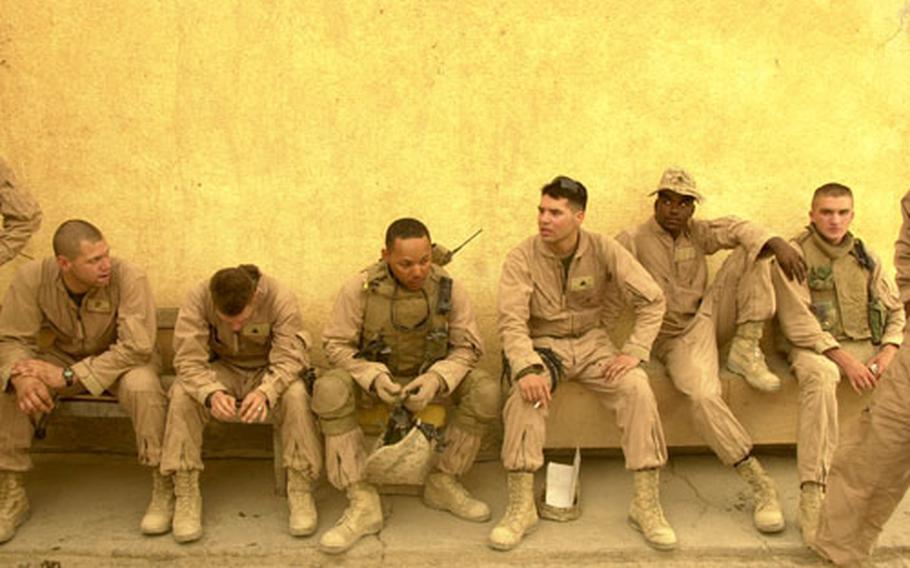 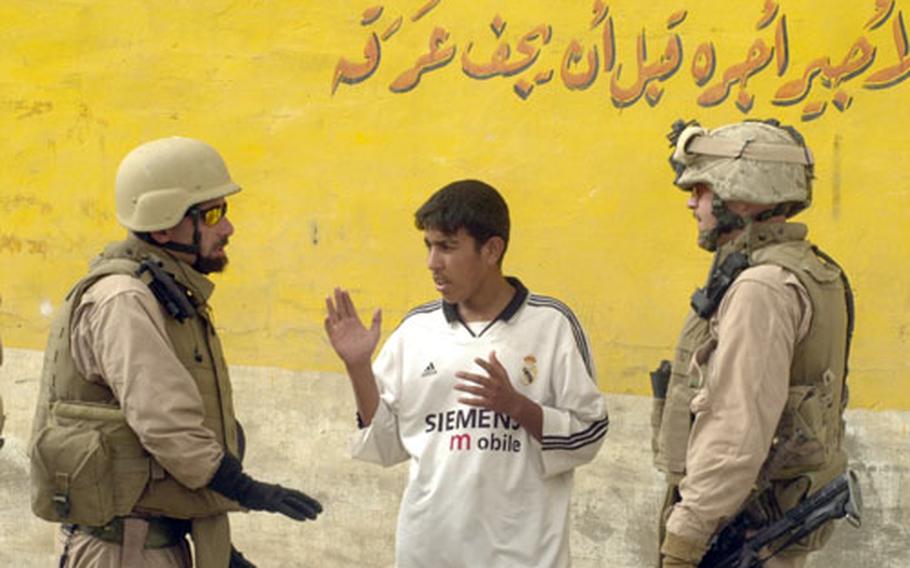 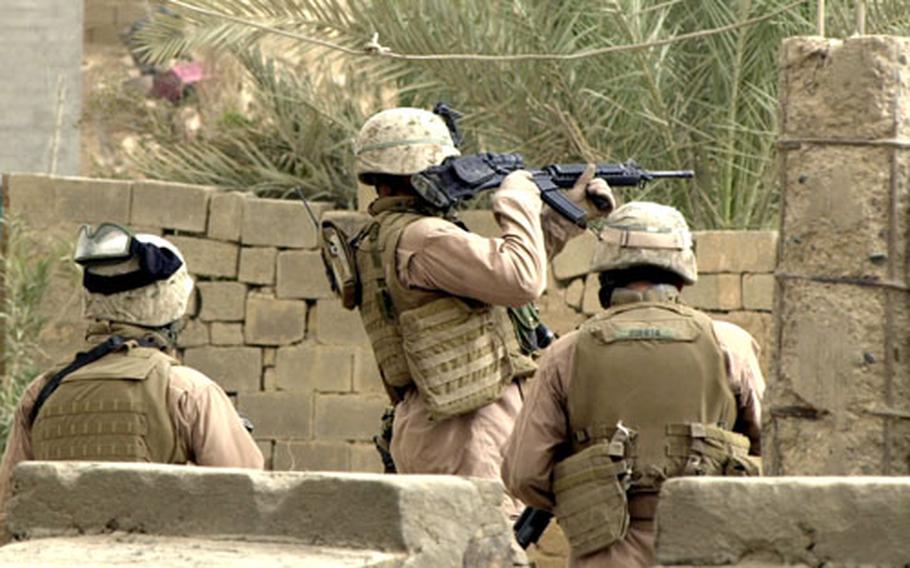 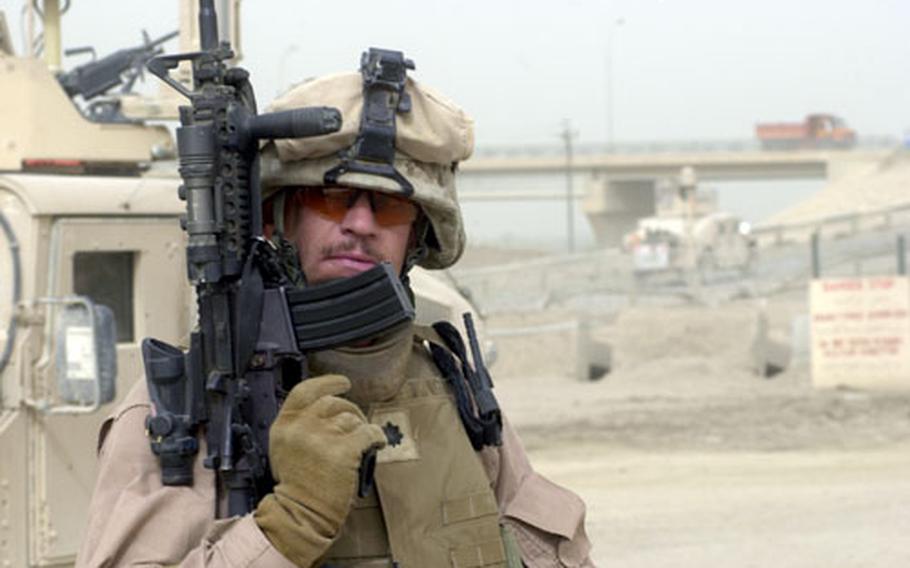 In the Marines, they&#8217;re the 3rd Battalion, 2nd Marine Regiment Jump Team, 14 Marines and one sailor prepared to go anywhere at a moment&#8217;s notice with their battalion commander and keep him alive.

Theirs is an especially interesting task considering whom they protect &#8212; Lt. Col. Todd Desgrosseilliers. Wounded twice at Fallujah in 2004, Desgrosseilliers is outside the wire all the time.

Instead of being guarded by a high-speed, personal security detachment, &#8220;Colonel D&#8217;s&#8221; life is in the hands of Marines such as Sgt. Robert Mitterando, a 24-year-old mechanic from Long Island, N.Y. Cpl. Mario Huerta, a 22-year-old radio operator from Texas, is the platoon sergeant.

The mix of skills and cross-training makes the Jump Team self-sufficient, with mechanics, communications and even an armorer if weapons go down. But it&#8217;s also the only Jump Team in Iraq without an infantryman, said Cpl. Bradford Price, a 22-year-old armorer from Florida.

What he does care about is that Huerta is a warrior, and he and the rest of the team have proven themselves time and time again.

A few weeks ago, Cpl. Michael Ledsome&#8217;s vehicle hit a Chinese land mine while Desgrosseilliers was on a foot patrol.

Ledsome, who suffered a concussion, was back driving within a week.

That&#8217;s the way it is, riding with Colonel D. He and his men go out nearly every day into some of the worst areas in Iraq for mounted and dismounted patrols. Clearing roadside bombs. Checking on remote operating bases. Checking on what locals need. Engaging insurgents in this crucial link between Fallujah on the east and Ramadi on the west.

A recent mission from Ramadi to Habbaniyah was for a meeting with the 101st Airborne Division commander there. Desgrosseilliers could have just talked to the guy on a secure line from his command post. Rose shrugged as he drove.

The Jump Team reached the relative safety of Camp Ramadi, only to be serenaded by incoming mortars and outgoing artillery during the meeting. On the return leg, at least seven insurgent mortar rounds thumped behind them as 2nd Lt. Jonathan Mueller casually inquired whether all the trucks were still in the convoy. A few miles out of Ramadi, a blast wave and column of black smoke from a large explosion about a mile to the south drew little comment.

Even with risk and running, the mix-and-match team is still oddly fresh by late afternoon. And vindicated.

Five months later they are convinced they&#8217;ve become the best Jump Team in the regiment.