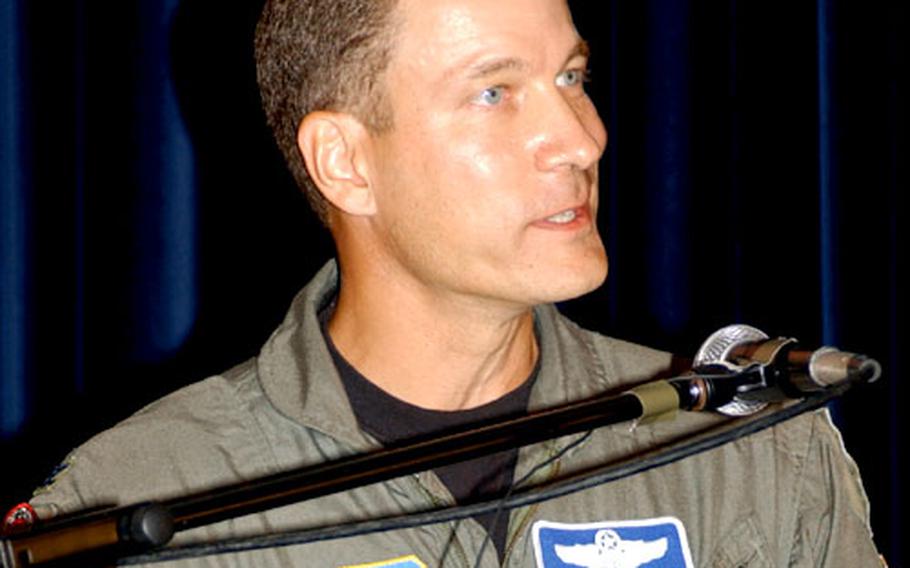 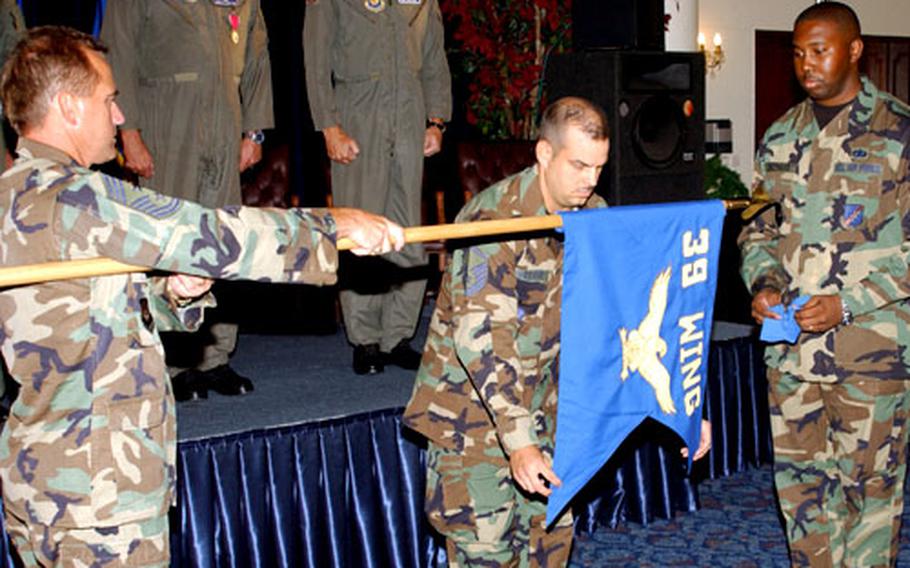 Air Force officials are redesignated the American unit at Incirlik Air Base, Turkey, to its pre-1991 status, the result of a major mission ending after the war in Iraq began.

Effective Wednesday, the Air Force unit at Incirlik will change from the 39th Wing to the 39th Air Base Group. That&#8217;s one level below a wing under the Air Force&#8217;s organizational structure.

The change in designation is not the harbinger of a drastic drawdown, or changes related to the expected restructuring of forces under the Stuttgart, Germany-based U.S. European Command, said Lt. Col. Toni Kemper, Air Force spokeswoman at Incirlik.

About 35 billets, or positions, have been abolished as group commanders and their staffs were eliminated after the end of the no-fly missions, Kemper said. Currently, there are 630 civilians &#8212; American and Turkish employees &#8212; working at the wing, and about 1,400 military personnel, down from 1,435 before the war, she said.

The change to a group designation is a return to the structure the unit had before Operation Northern Watch and its predecessor, Operation Provide Comfort.

At Northern Watch&#8217;s peak in the late 1990s, there were about 6,000 Americans based at Incirlik. About 1,700 Air Force members provided support operations such as medical, communications and fuel under the 39th Wing, part of the Aviano, Italy-based 16th Air Force.

More than 4,000 people deployed out of various Air Force units, from which Northern Watch drew about 45 aircraft, including fighters, refuelers, communications and reconnaissance aircraft.

Col. Marc Felman furled the 39th Wing flag Monday. Col. William MacLure, the 39th Wing vice commander, is scheduled to take command of 39th Air Base Group on Wednesday, Kemper said. The group will remain under and report to the 16th Air Force.

People assigned to the base in southeastern Turkey will see few changes, Kemper said.

&#8220;The group will do what the wing did,&#8221; she said, supporting resupply flights for Operation Enduring Freedom in Afghanistan and for Operation Iraqi Freedom. Incirlik also provides support for several other operations including American personnel assigned to NATO at Joint Command Southeast in Izmir and Combined Air Operations Center 6 in Eskisehir.

There will be a few changes on base, with some Army and Air Force Exchange Service operations, such as sporting goods sales, shifting from separate buildings to the main base exchange, Kemper said.

&#8220;We just have reduced demand for those services, with the departure of ONW personnel,&#8221; she said.

So far, Incirlik remains an accompanied tour, with the elementary and high schools slated to open in August.

Incirlik&#8217;s DODDS facilities closed before the 2002-2003 school year ended, and DODDS teachers and students evacuated the base just as the war in Iraq began March 19.