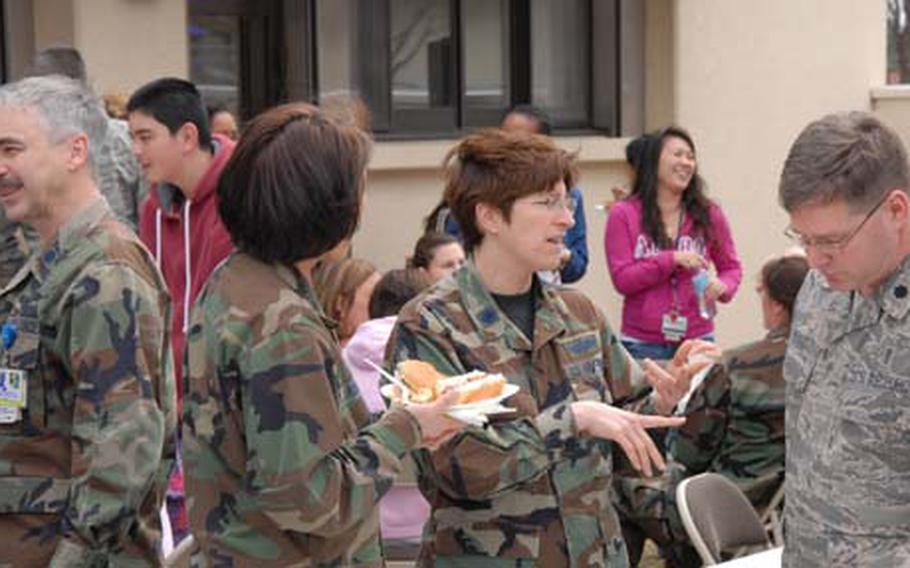 MISAWA AIR BASE, Japan &#8212; The 35th Medical Group was put through the wringer when it was hit with three different inspections in the same week.

But group commander Col. Guillermo Tellez said he was happy with the final results.

The group was expecting inspectors from the Joint Commission, which accredits health care organizations, and from the Air Force Inspection Agency between April 6 and April 10. What they didn&#8217;t know was that they also would be hit with a no-notice Air Force Radioactive Material Management Inspection at the same time.

The Joint Commission inspection is conducted every three years at Air Force medical treatment facilities and evaluates compliance with U.S. civilian standards, according to military officials. The hospital passed the inspection, officials said.

Joint Commission evaluators told Tellez that Misawa had "the best facility that they have seen in a long time," he said.

They missed the top rating of "outstanding" because one area &#8212; the bio-environmental element &#8212; was considered marginal, Tellez said.

That area has "been on our radar," he said, adding that deployments for key personnel meant the group knew they would "struggle with it" during the inspection.

He added that the last time an Air Force medical facility received an outstanding was in 2004.

"Our daily inspectors are our patients," he said. "Our patients would tell us if we were failing."