35th Civil Engineering Squadron comes back to Misawa from Iraq 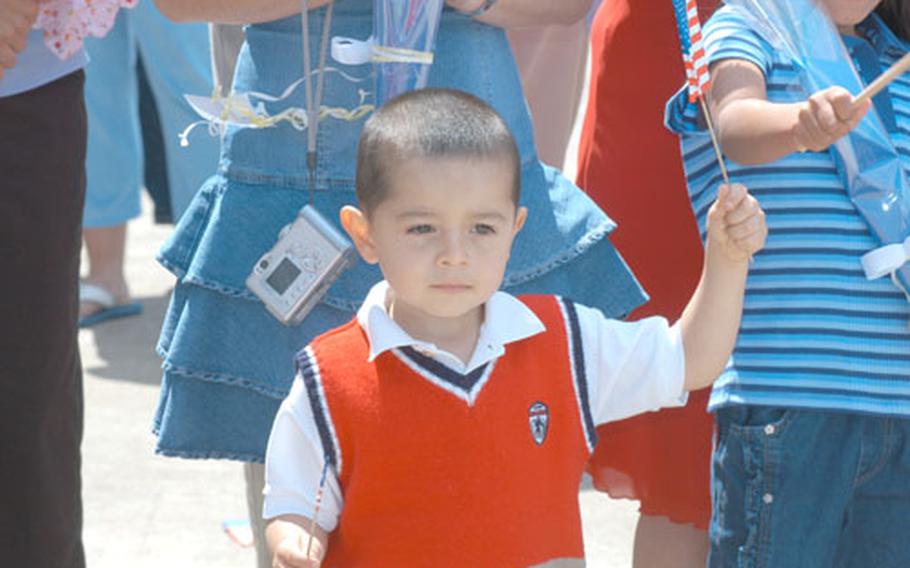 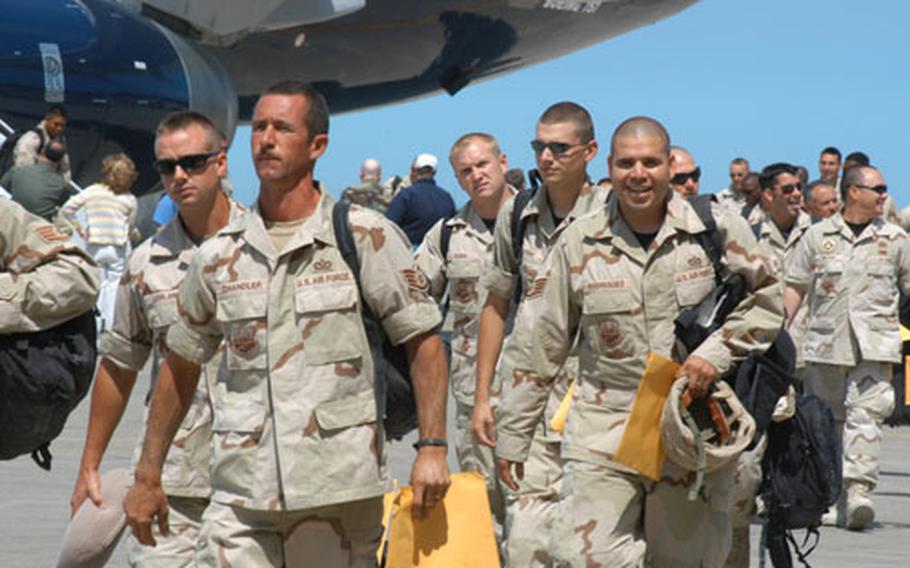 Misawa Air Base, Japan, servicemembers disembark from a 757 jet in front of Hangar 949 on Saturday after a three-month deployment to Iraq. More than 70 people returned home on a chartered flight. (Jennifer H. Svan / S&S) 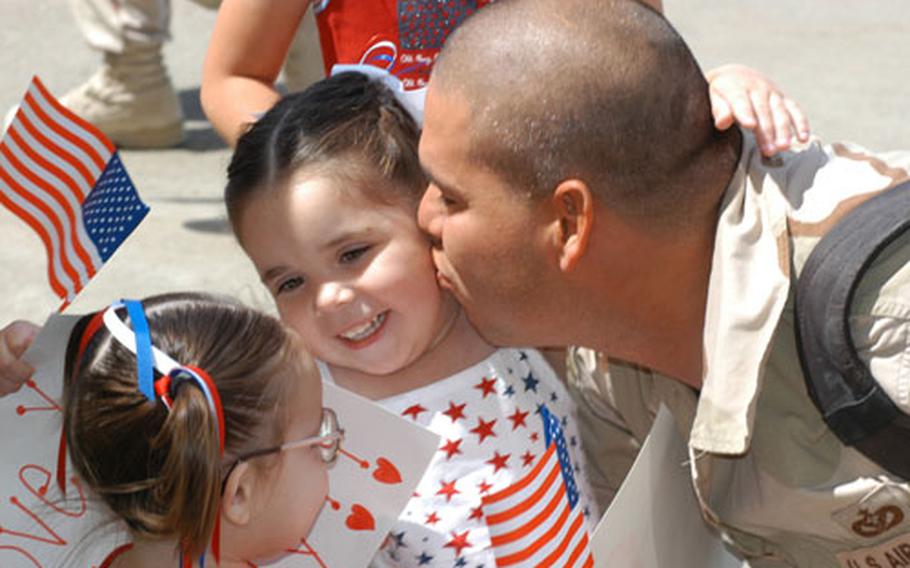 Staff Sgt. Ramiro Rodriguez kisses daughter Lillie, 2, as Emilee, 1, watches at Misawa Air Base, Japan. More than 70 servicemembers, most of whom are with Misawa&#39;s 35th Civil Engineer Squadron, returned from a three-month deployment in Iraq on a flight charted by Air Mobility Command. (Jennifer H. Svan / S&S)

&#8220;It&#8217;s good to be home,&#8221; said the heating, ventilation and air-conditioning craftsman with the 35th Civil Engineering Squadron at Misawa.

Parker and more than 70 fellow civil engineer squadron members &#8212; deployed as part of the Air Force&#8217;s Aerospace Expeditionary Force cycle &#8212; returned to Misawa Saturday to a hero&#8217;s welcome. About 200 family members gathered outside Hangar 949 with cameras, tiny American flags and homemade signs. They screamed with excitement when the 757 jet came to a halt and the troops, clad in desert camouflage, disembarked.

Airmen typically deploy and come home either solo or in small groups, relying on a combination of military and commercial aircraft for transportation. This time, instead of 42 hours across the continental United States and Europe, the flight home was 16 hours, including one short refueling stop in Thailand.

Misawa was ready for its troops: The 35th Services Squadron provided a big spread of food and drinks; tables were set up for airmen to submit their medical records and process financial vouchers. Their bags were hand-delivered soon after the plane landed.

&#8220;We were trying to make this as painless as possible &#8230; so they can go be with their families and not have to show up in 14 different places&#8221; for in-processing, said Chief Master Sgt. Tom Langdon, acting 35th Fighter Wing command chief.

For many spouses, being apart from their husband or wife was old hat. But this deployment felt different, several said.

&#8220;It was kind of scary this time because other times it wasn&#8217;t as dangerous,&#8221; said Janna Naputi, adding that she avoided watching the news while her husband, Staff Sgt. Joseph Naputi, was deployed.

Misawa airmen, however, said they felt safe. The civil engineering group lived on Talil Air Base in southern Iraq, where they rebuilt the former Iraqi stronghold destroyed during Desert Storm more than 10 years ago.

The base was attacked once during their deployment &#8212; three small missiles &#8220;that were way off,&#8221; said Lt. Col. Dave Maharrey, 35th Civil Engineering Squadron commander.

One of the group&#8217;s bigger projects was repairing 600 potholes on one of Talil&#8217;s runways so it was operable for fighters that needed to divert to the airfield, Maharrey said.

While civil engineering now has most of its members back from Iraq, &#8220;we still have many Misawa people out,&#8221; Langdon said. More than 300 people were part of the AEF rotation that deployed from Misawa starting in March.