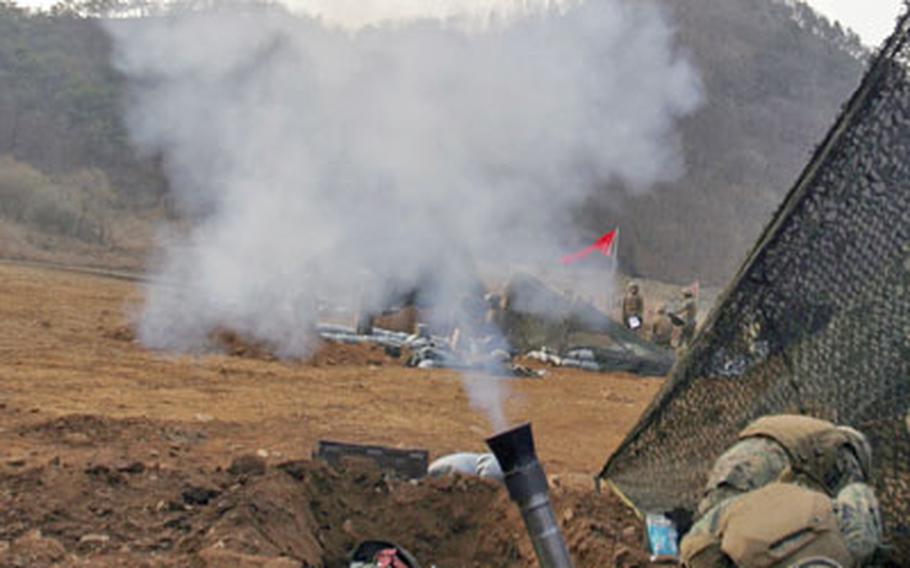 The training was part of their preparation for the upcoming Foal Eagle exercise, an annual peninsula-wide joint combined field training that focuses on rear area security and stability operations, onward movement of equipment and other issues.

Exercise participants said their training was the first of its kind in more than a year.

&#8220;This range allowed us to practice our firing commands and communications between vehicles while engaging targets,&#8221; said Cpl. Spencer Steffey, a light-armored vehicle gunner. &#8220;At one point, we were able to let another vehicle know when we had a jammed gun so they could pick up the fire support.&#8221;