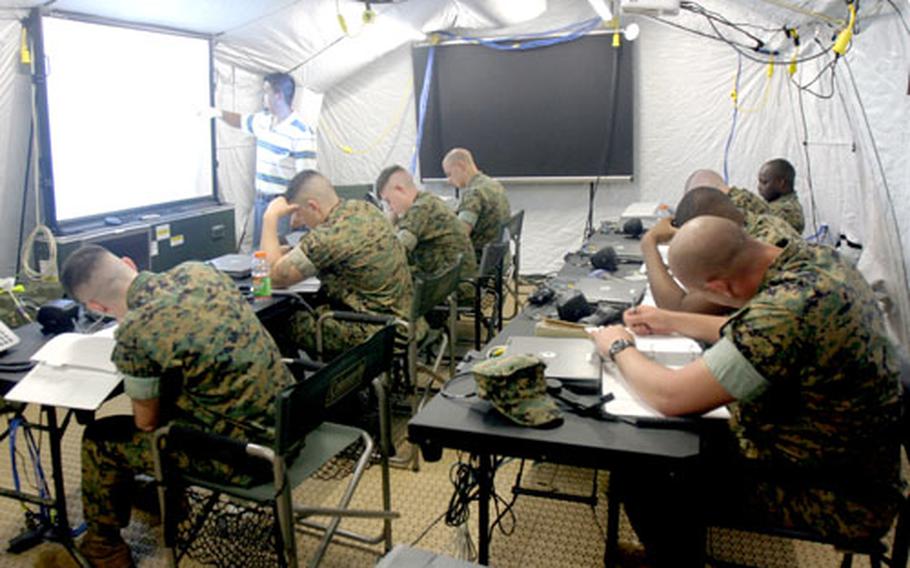 CAMP HANSEN, Okinawa &#8212; A new mobile operations center was put to the test here recently as one unit trained with the latest technology before officially adding the gear to its arsenal.

&#8220;It improves how a [combat operations center] operates by giving commanders the ability to use resources more efficiently,&#8221; Carrillo stated in the release.

The release also quoted Cpl. Jonathan Tomek, a tactical data-networking specialist with the 31st MEU, as saying, &#8220;The whole purpose behind this is that it basically integrates the radio operators, data network operators and the rest of the command element &#8230; so they can work more effectively together. It does a very good job at centralizing everything.&#8221;

The five-day UOC training included everything from putting up and taking down tents to learning generator operations and data components, Tomek stated.

According to the news release, the old operations center took about three hours to set up and become functional, but the new center can be up and running in about 40 minutes.

The new UOC is &#8220;extremely user friendly, with simple instructions that are broken down&#8221; in an easy step-by-step manner, Tomek was quoted in the release as saying. &#8220;This system is also modular, so it will let us drop the non-essential gear. Everything we need is packed in a trailer, so all we have to do is plug and play.&#8221;