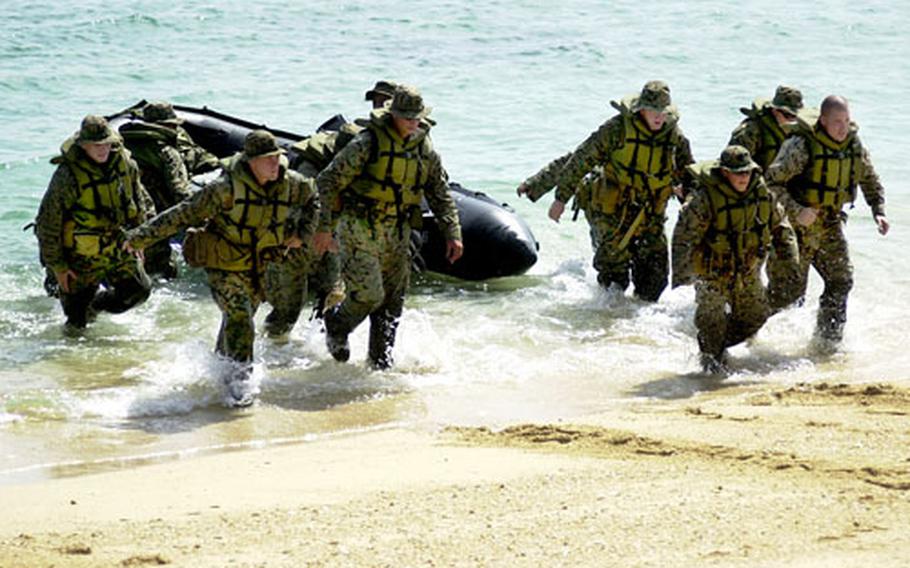 Marines from Alpha Company, Battalion Landing Team 1/5, with the 31st Marine Expeditionary Unit, rush back to shore after helping a boat crew carry their boat to the water during training at Blue Kin, Okinawa. (Cindy Fisher / S&S)

Marines from Alpha Company, Battalion Landing Team 1/5, with the 31st Marine Expeditionary Unit, rush back to shore after helping a boat crew carry their boat to the water during training at Blue Kin, Okinawa. (Cindy Fisher / S&S) 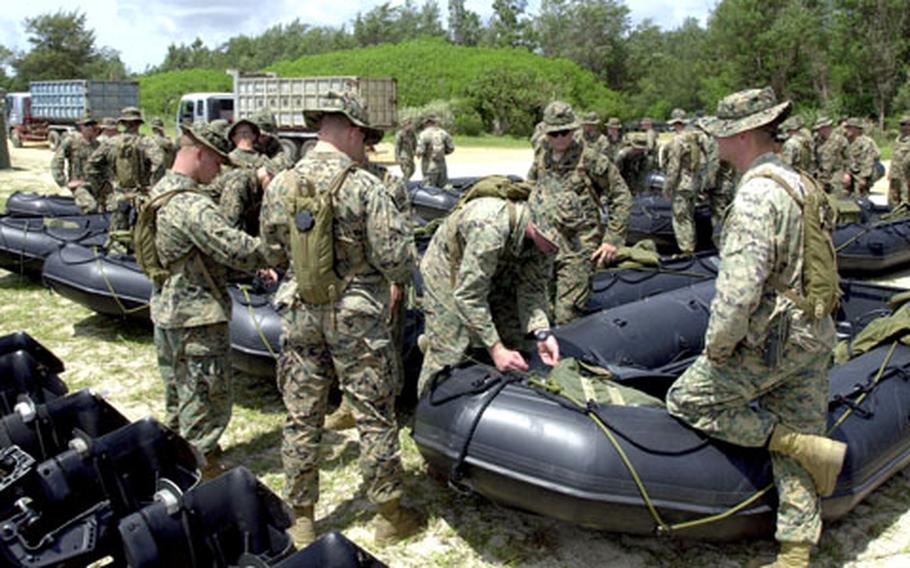 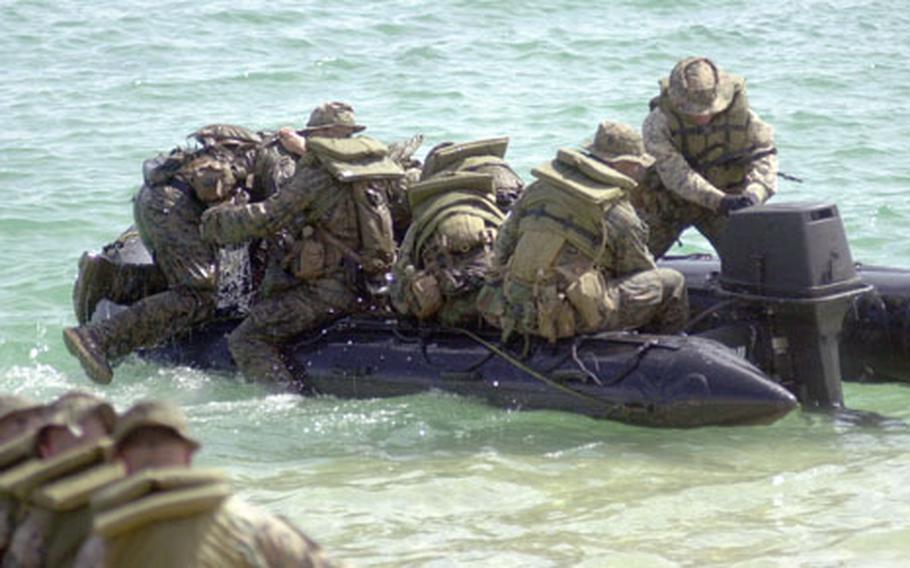 KIN BLUE, Okinawa &#8212; Marines from the 31st Marine Expeditionary Unit took to the temperate waters off of Kin Blue to practice boat raids Monday as part of a larger MEU exercise.

The Company A Marines spent most of the hot afternoon preparing the 18 Zodiac boats for the evening&#8217;s raid at Camp Schwab. Once the boats were ready, the Marines practiced entering and exiting the almost nonexistent surf before heading the 11.5 miles up the coast to Camp Schwab for the exercise.

The Marines took the Zodiacs out in three waves of six boats. For the rehearsal, they dropped their scout swimmers into the water about 500 feet from shore.

The scouts, in full gear, then were to swim to shore to scout the beach before the boats and the rest of the crews would come in, said Staff Sgt. Martin Buck, 36.

For Monday night&#8217;s raid, which was expected to last until the wee hours of Tuesday morning, the Company A Marines were to be met by other Marines role-playing as aggressors, Buck said.

But the boats are just the means of traveling to the actual mission, Offutt said. Once the destination is reached, Marines have to get their feet wet, so to speak.

Cpl. Beau Bauer, 26, a scout swimmer for the company, agreed.