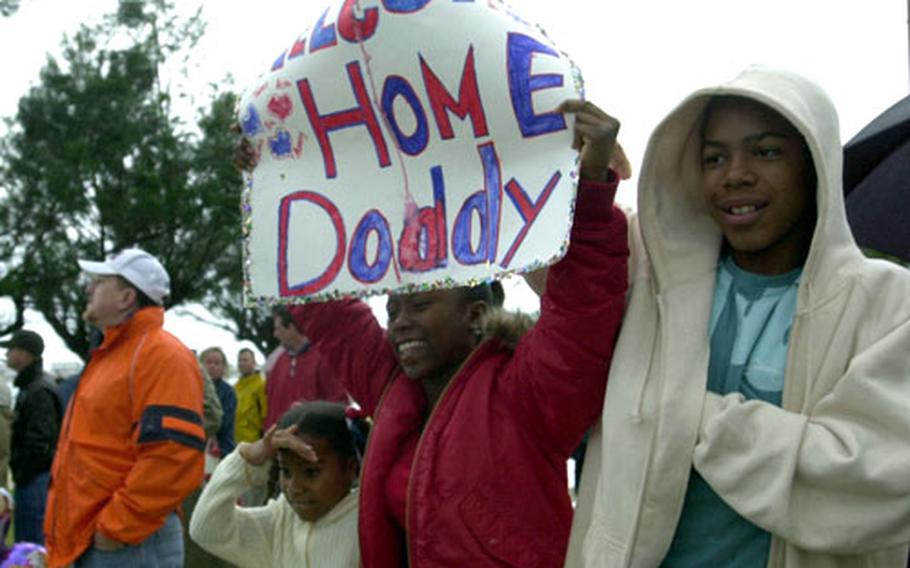 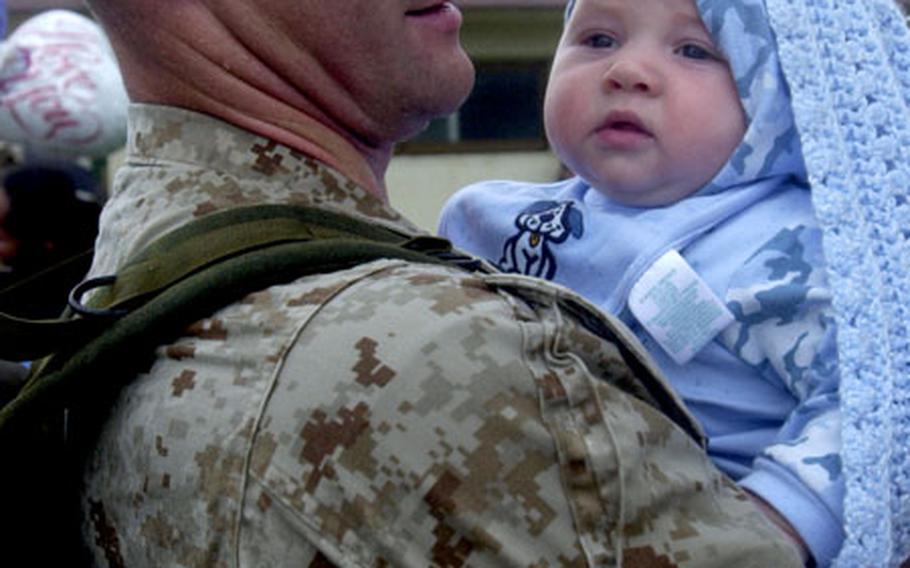 Sgt. Erik Toney gets his first look at his four-month-old son, Christian, at White Beach Naval Facility, Okinawa, after coming home Saturday after a tour in Iraq. (Fred Zimmerman / S&S) 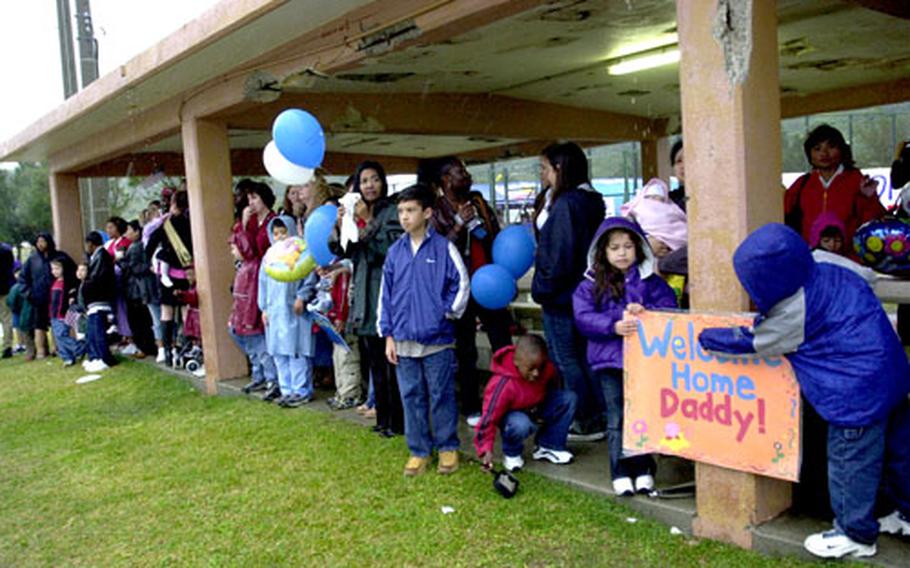 Family members of Marines and sailors assigned to the 31st Marine Expeditionary Unit huddle under a pavilion to stay out of the rain while waiting for the unit to arrive at White Beach Naval Facility, Okinawa, on Saturday morning. (Fred Zimmerman / S&S) 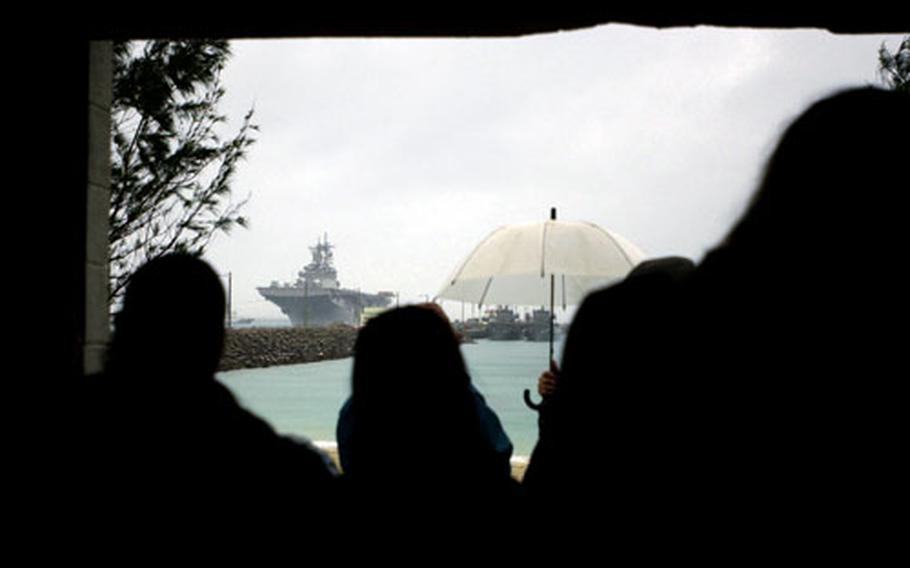 Family members and friends of the 31st Marine Expeditionary Unit watch as the USS Essex arrives at White Beach Naval Facility, Okinawa, on Saturday, bringing the unit home from their service in Iraq. (Fred Zimmerman / S&S)

The unit deployed in August 2004 and served in Kuwait and Iraq from last September to February of this year. They were responsible primarily for Iraq&#8217;s western Al Anbar province &#8212; an approximately 33,000 square-mile area.

As the unit arrived in port aboard the USS Essex, USS Juneau and USS Harpers Ferry &#8212; all based at Sasebo Naval Base, Japan &#8212; the crowd of welcomers gathered under picnic pavilions and tents to avoid the weather.

At approximately 8:45 a.m., Marines and sailors from the unit&#8217;s command, ground combat and support elements began walking down the pier, and the welcomers quickly left their dry confines to meet their loved ones.

While the returning men and women received hugs and kisses from those they&#8217;ve missed, one Marine, Sgt. Erik Toney, was getting acquainted with someone new &#8212; his firstborn, 4-month-old Christian.

While Toney, a 3rd Reconnaissance Battalion Marine, may have had a tough job in Iraq, he said it doesn&#8217;t compare to wife Teresa&#8217;s.

Teresa, who returned home to Nevada for Christian&#8217;s birth, said things didn&#8217;t get tough until she came back to Okinawa to an empty house three months ago.

To help Christian be prepared to meet his father, Teresa said she had Erik talk on a tape that she would play for Christian, both before and after he was born. She figured it would help the baby learn his father&#8217;s voice.

Also, before Erik deployed, she had him wear a shirt and then put it in a bag without washing it, she said. She then laid the shirt out every day and would lay Christian on it so he could &#8220;get daddy&#8217;s scent.&#8221;

The trick seemed to work: Christian smiled at his father almost instantly Saturday and was reaching for his face.

While the couple may have a lot of catching up to do, Teresa said in an e-mail that things are going well for father and son.

Among the returning troops Saturday were about 900 Marines with the 1st Battalion, 3rd Marine Regiment based out of Kaneohe Bay, Hawaii. They will proceed to Hawaii later this month.